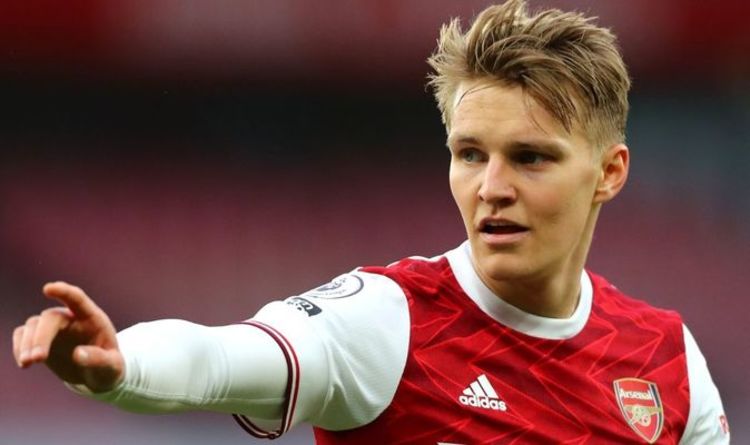 Arsenal want to sign Martin Odegaard from Real Madrid on a permanent basis but a move could come at the expense of two of his current team-mates. The Norwegian arrived from Spain in January on loan until the end of the season and after taking some time to adapt to his new surroundings, he is now showing his quality under Mikel Arteta.

He struck a stunner in the Europa League last 16 first-leg win over Olympiakos in Greece and was on target again a few days later in the north London derby win over Tottenham.

Arteta is now starting to build his frontline around Odegaard, who is the creative spark to link all of the play together.

The Spaniard is impressed with Odegaard’s attitude and ability and would love to make the move permanent at the end of the campaign.

But as of yet, Real Madrid are yet to make a decision on his future and will reassess the picture in a few months’ time. 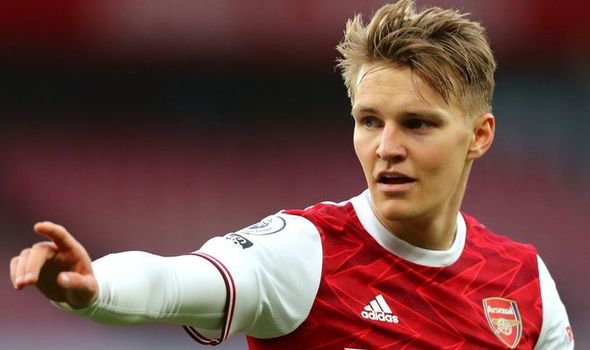 Should Arsenal be able to strike a deal for the playmaker, it could be the end of the road for two of his current team-mates.

Dani Ceballos looks set to leave the Emirates at the end of the season following two years on loan in north London.

The 24-year-old has struggled for rhythm and was poor once again in midweek as Arsenal were beaten by Olympiakos on home soil.

He personally spoke to his old friend in a bid to sell Arteta’s project amid competition from Real Sociedad.

In the end, it’s only hindered his opportunities and now the writing appears to be on the wall for Ceballos.

He is currently Arteta’s third-choice No 10 behind Odegaard and Emile Smith Rowe and with Real Madrid likely to demand around £20million for a permanent deal, he seems set to return to Spain.

Should Arsenal have enough money to bring in a new attacking midfielder, Odegaard is expected to be their preference.

Arsenal will also need to raise funds to conclude the deal and one player who looks destined to move onto pastures new is Reiss Nelson. 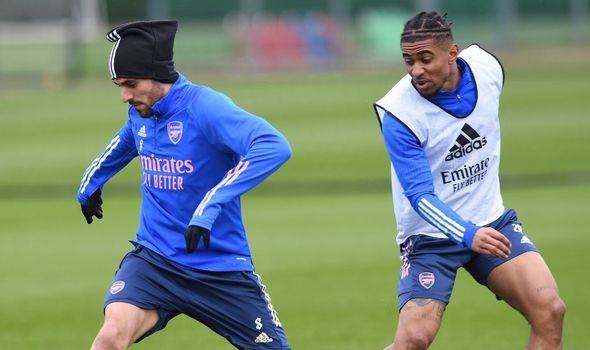 The academy graduate has struggled to make the grade under Arteta and has played the majority of his football with the club’s U-23s this season.

Nelson flourished while on loan at Hoffenheim under Julian Nagelsmann but has failed to replicate that form on English shores.

Although he does not play in the same position as Odegaard, the Real Madrid man has occasionally been deployed in the wide attacking positions of late.

Newcastle were interested in Nelson in January but a loan deal failed to materialise.

Now a permanent move elsewhere could be on the cards when the transfer window reopens.