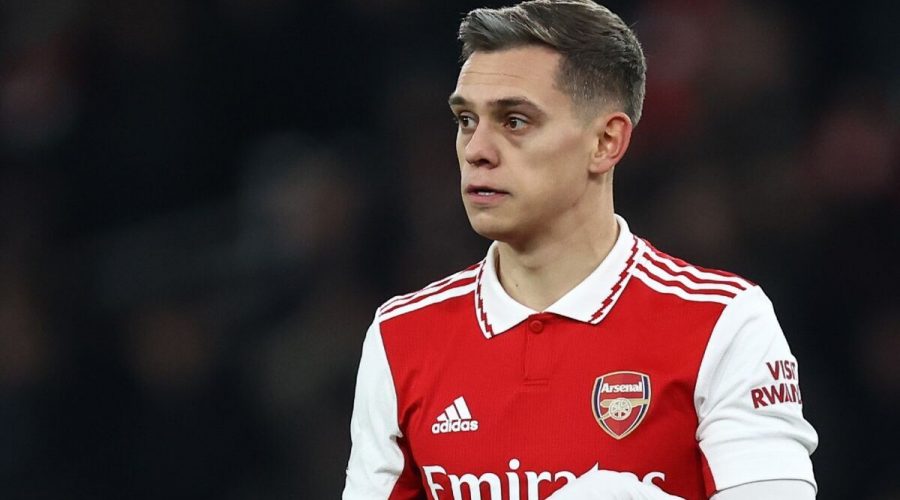 Leandro Trossard will need to raise his game at Arsenal in order to go down as a successful signing despite impressing on his debut against Manchester United last weekend, according to former England defender Glen Johnson. The Belgian winger joined Arsenal from Brighton and Hove Albion earlier this month and wasted no time in showing what he can do after being introduced as a second-half substitute at the Emirates Stadium.

Trossard replaced Gabriel Martinelli with just eight minutes remaining and managed to impress with his driving runs and quality on the ball as Arsenal struck late via Eddie Nketiah to secure an important 3-2 win over United on home soil. However, Johnson believes that Trossard still has plenty of work to do to ensure that he succeeds at Arsenal, where he will be under much greater levels of pressure to perform than he was at Brighton.

“There will be a big task for Leandro Trossard,” Johnson told Lord Ping. “It’s a totally different club to Brighton in the sense that you’re going to be going into these big games with a lot more pressure on you. He’s going to have to raise his game.

“However, he’s a good, tidy footballer. He’s probably the sort of player that Arsenal would like. He’s got a fantastic opportunity, he’s going to have to raise his game and step it up for sure, and I think he has the potential to do so.”

JUST IN: Man Utd and Chelsea on alert over David Raya as he rejects new deal

Arsenal moved quickly to make Trossard their first January signing after he fell out with Brighton manager Roberto De Zerbi at the start of this month. He has since been joined in north London by Polish defender Jakub Kiwior, while the Gunners remain on the lookout for additional reinforcements as Mikel Arteta looks to strengthen his ranks in preparation for the all-important Premier League run-in.

Trossard only completed four passes and two successful dribbles against United on Sunday but his debut was hailed as an important moment in Arsenal’s season by none other than club legend Cesc Fabregas, who spoke highly of the 28-year-old’s performance in his role as a pundit on Sky Sports.

“I think Trossard is a really good player, better than at the moment what people think he is,” said Fabregas. “He showed it at Brighton and he showed it today for a couple of minutes. He’s different to what they’ve got. He plays between the lines, he can score goals, play in different positions up front.”

It remains to be seen whether Trossard will be able to force his way into a first-choice spot for Arsenal over the coming weeks, with the 28-year-old likely to get another chance to impress against Manchester City in the fourth round of the FA Cup on Friday. He will be expected to play a significant role for the Gunners in their bid to secure their first Premier League title since 2004, with the club sitting five points clear at the top of the table as things stand.