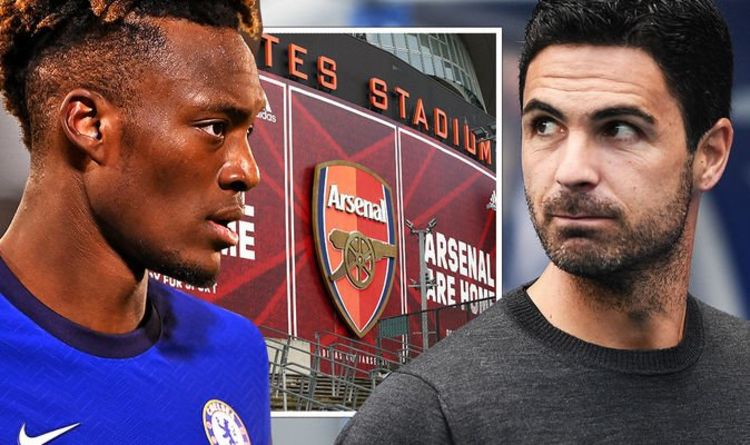 Tammy Abraham: All you need to know about Arsenal target

Arsenal are ready to meet Tammy Abraham’s wage demands to bring the Chelsea forward to the Emirates this summer. Abraham could come in as Arsenal’s newest frontman having fallen out of favour at Stamford Bridge.

England international Abraham is on around £80,000 a week at Chelsea but wants £125,000 – and the Gunners have indicated in talks that they are prepared to offer him that figure.

Chelsea are willing to let the 23-year-old go out on loan this summer with a view to a permanent deal as they clear the decks to fund a £160million bid for Borussia Dortmund’s Norway striker Erling Haaland.

Arsenal are at the head of the queue to sign Abraham, though West Ham and Aston Villa are also interested – but the £40m price tag placed on the striker by Chelsea is putting bidders off a permanent deal now.

No deal has yet been agreed between Chelsea and Arsenal yet, but Gunners manager Mikel Arteta is keen to bring Abraham across the capital to strengthen his ranks.

Abraham is not in Chelsea manager Thomas Tuchel’s plans for this season – and he played only 17 minutes of football under the German in the final three months of last season.

The Londoner though has netted 30 goals in 82 games for Chelsea and is a proven goalscorer at Premier League level.

A move for Abraham may however depend on whether or not Arsenal move on the likes of Alexandre Lacazette and Eddie Nketiah.

The duo are into the final 12 months of their Emirates contracts and while a new deal has been offered to Nketiah, he has yet to sign it and could move on this summer.

Dortmund are meanwhile holding out on Haaland, insisting they do not want to sell their prized Norwegian, who struck 41 goals across all competitions last term.

Chelsea are also interested in Inter Milan’s Romelu Lukaku, but again the Italian club have said no to any potential deal, and other options such as Stuttgart’s Sasa Kaladzic are now being considered.

While the Blues have yet to make a signing this summer, Arsenal have brought in Nuno Tavares and Albert Sambi Lokonga and are set to make Brighton centre-back Ben White their latest addition.

That comes after he said following the addition of Sambi Lokonga that Arsenal must ensure they have a mixture of experience and youthful vibrance.

The Spanish coach explained: “We need some senior players, players with different types of leadership in the team, with different qualities, people that complement each other.

“At the end of the day it is about the cohesion of the team so we need a squad that is cohesive that can develop and adapt, that offers different qualities to change games, protect games when we need to and this is what we are trying to build.”

The Gunners want to sign a new No 10 to replace Martin Odegaard, who is set to spend the season at Real Madrid after a six-month loan in north London last term.

James Maddison and Houssem Aouar have both been linked while a new right-back will also be on the agenda if Hector Bellerin moves on, and a new goalkeeper to rival and eventually replace Bernd Leno is wanted too.

West Brom’s Sam Johnstone and Sheffield United’s Aaron Ramsdale are targets between the sticks although Arsenal’s board will have to oversee some more exits given the incoming White will cost £50m.