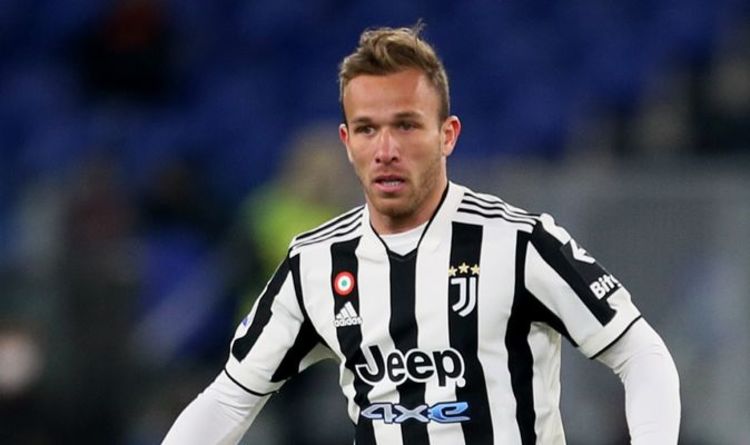 Arsenal are poised to sign Arthur Melo on loan for the remainder of the season after reaching a ‘breakthrough’ in talks with Juventus. However, there is one more hurdle to leap before Mikel Arteta adds the midfield star to his top-four-chasing squad this month.

Granit Xhaka added to Arteta’s woes by receiving an early red card for a reckless challenge in the Carabao Cup semi-final draw against Liverpool on Thursday.

It leaves inexperienced pair Albert Sambi Lokonga and Charlie Patino as the only two central midfielders available, with the north London derby coming up this weekend.

But Arsenal are growing ever-closer to Arthur’s signature, on one condition.

SunSport reports the 25-year-old is ready to fly to London next week to complete a move until the summer.

He is pursuing more game time ahead of the 2022 World Cup in Qatar, which Brazil are among the favourites to win, so squad competition is intense.

There have been negotiations between Arsenal, Juventus and Arthur’s agent over his switch to England.

And Juventus would welcome his exit this month, but only if Massimiliano Allegri can sign a replacement first.

With the Old Lady also looking to offload Aaron Ramsey this month, Allegri will be wary to avoid midfield depth issues of his own.

The Serie A giants are currently slightly better off than Arsenal, though, with Rodrigo Bentancur, Weston McKennie, Adrien Rabiot and Manuel Locatelli to select from.

Arthur would be giving up Champions League football by moving to the Emirates Stadium until the end of the season.

But ahead of Thursday’s trip to Anfield, Arteta insisted Arsenal could still attract the world’s best players whether they’re in European competition or not.

“I consider that situation hasn’t changed. That is one of our biggest powers.

“Every time I have spoken to any player they were so willing to come, I have not faced any other situation.

“Our capacity to get the attention of people to come to our club, is something that is a big advantage for us.”