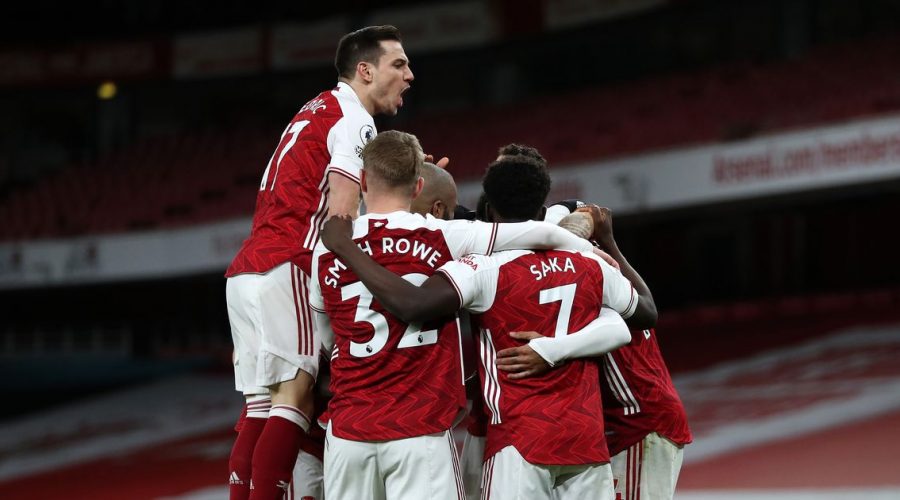 Arsenal could splash the cash in a bid to force their way back to the top of the Premier League table this summer should Daniel Ek’s takeover be successful.

The failed European Super League plans led to a huge protest outside the Emirates stadium, with tensions boiling over following years of careful spending.

Daily Star Sport have now taken a look at five players Arsenal could sign should the takeover go through, with two regular Premier League starters linked with summer moves.

Fulham loanee Joachim Andersen has impressed under Scott Parker, despite relegation back to the Championship looming after a poor run of form.

The Denmark defender is currently on loan in west London from Lyon, and isn’t likely to break the bank should the Gunners go after his services this summer.

The 24-year-old could be the perfect replacement for David Luiz, with Arteta’s side likely to be a smart destination for the Premier League new-boy.

Brighton midfielder Yves Bissouma has grown in importance at the Amex following the arrival of Graham Potter, and is now being targeted by clubs in Europe.

The Gunners could use their takeover riches to add the Mali international to their ranks, and he could form a partnership with Thomas Partey with the future of Dani Ceballos unclear.

The 24-year-old is not likely to come cheap because of his importance to his current side, but the right offer could force them to part ways.

Nabil Fekir could finally end up in the Premier League two years after his unexpected move to Real Betis from Lyon.

The 27-year-old would add another fine creative option to Arteta’s squad should he make the switch, known for his regular assists while having an eye for goal.

The France international could opt for a new challenge this summer, and the influence of both Henry and Vieira could prove vital.

Borussia Monchengladbach forward Alassane Plea is hitting his prime in Germany with 12 goals in all competitions so far this season.

The 28-year-old has subsequently been linked with a move to England, and the French connection to Arsenal might see the potential new owners bring him in.

The one-time France international could also fancy playing alongside Alexandre Lacazette once more following their time together at Lyon.

Last but not least is Martin Odegaard, who has shown glimpses of his brilliance since joining on loan from Real Madrid in January earlier this year.

The 22-year-old doesn’t look to have a place in the plans of Zinedine Zidane, and new owners at Arsenal are likely to make his permanent signing a priority.

Odegaard might also have grown tired of loans following his fourth temporary Madrid exit, which might make him more likely to accept a move away.

READ MORE: Super League survey: Tell us what you think of the Big Six punishment