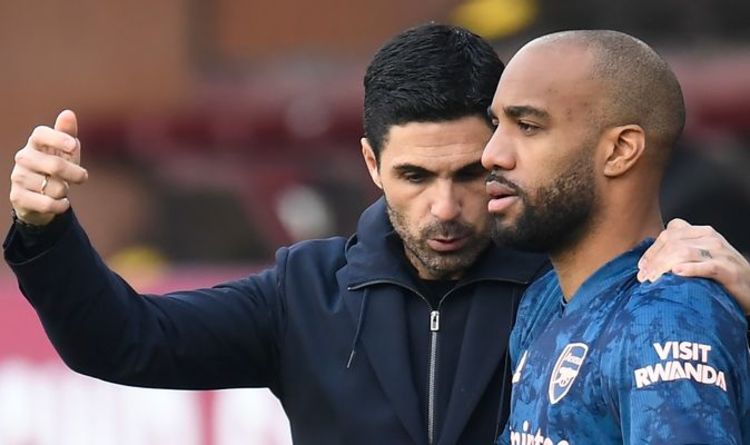 Mikel Arteta has so far been frustrated in his attempts to rejuvenate his Arsenal squad but could finally find his first gem in Celtic’s Odsonne Edouard.

The Spaniard demanded a huge upheaval in May, urging the Arsenal board to provide strong financial backing. If Edouard were to replace Alexandre Lacazette, who has been linked with a departure, Arteta would have finally stumbled upon his first big change of the summer.

Arteta is perhaps lucky to be trusted with leading the club’s transfer window plans given Arsenal’s poor performance last season.

The north Londoners finished eighth in the Premier League and the jubilation from Arteta’s FA Cup success in the previous campaign was quickly diminished by a disappointing fourth-round exit against Southampton.

But at least the 39-year-old, alongside sporting director Edu, has a clear plan. Their business so far has paralleled previous reports that the pair are keen to replace senior players with younger, fresher talent.

JUST IN: England through to Euro 2020 last 16 before Czech match 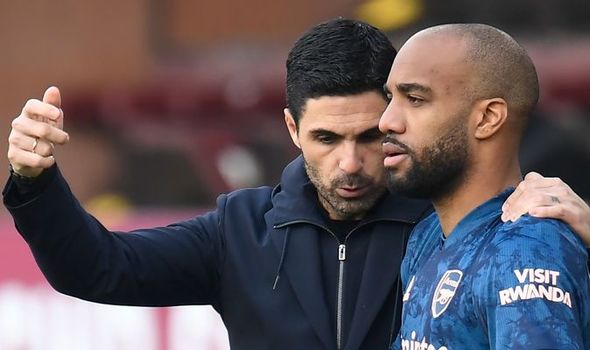 Experienced defender David Luiz will depart when his contract expires at the end of the month. Long-serving right-back Hector Bellerin has interest from Italy and Spain.

Replacing esteemed Premier League stars with inexperience is a risk. There is not a guarantee that, for instance, 21-year-old Anderlecht midfielder Albert Sambi Lokonga can cope with top-flight football if he replaces Xhaka.

But in Edouard, it would be a risk worth taking.

His detractors will argue that the standard of opposition is poor but Edouard is a natural finisher. Ahead of an outstanding attacking midfielder – another top priority for Arteta – Edouard will thrive.

Lacazette – who signed from Lyon in 2017 –  has not scored more than 13 Premier League goals in a single campaign. An attempt to upgrade on his output is risk-averse.

Arteta has so far seen his pursuit of key targets hit several obstacles and will hope that a potential move for Edouard will be smoother. 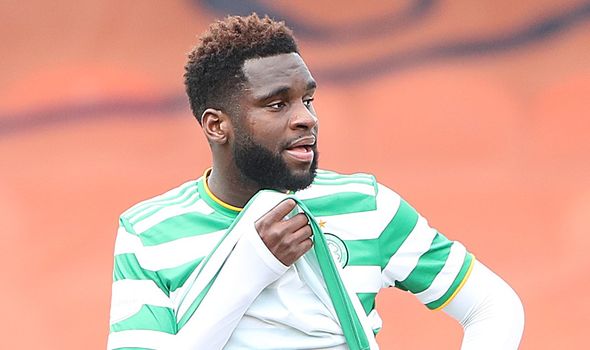 Arsenal were beaten by Aston Villa to the signing of Emiliano Buendia from Norwich City. Other attacking midfield targets, including Jack Grealish and Martin Odegaard, may prove to be too expensive.

Odegaard had a successful loan at the Emirates Stadium in the second half of last season but might cost upwards of £50m to prise away from Real Madrid.

Anderlecht turned down an initial £12m bid for Lokonga, while Arsenal await the decision over Ajax goalkeeper Andre Onana’s 12-month ban from football for taking a banned substance. The Cameroonian claims that he mistook a furosemide tablet for an aspirin pill.

How Arsenal have so far performed in the transfer market may come as a frustration for Arteta due to his early demands.

“The squad needs changing,” Arteta conceded in May.

“The squad needs changing. There were already a lot of changes in December, something that has not been done in years, but it tells us where we were,” Arteta conceded in May.

“Things are going to have to change and the owners are going to back it up. Time is catching up right now. It’s a trend, it’s years now that this has been happening.

“If the distance and the margins with the rest become too big, then it’s almost impossible to do it. We are still on time, and we have put some very strong pillars and foundations in the last few months to do what we have to do.

“We know what has been going on inside here for the last 18 months. We know. We only know – the ones that are here. How we have built that is incredible.”

How quickly those plans come to fruition will determine how successful Arteta’s improvement of performances will be. Adding Edouard would be a major step forward, but Arsenal’s other transfer plans need to come together soon.
Source: Read Full Article

July 3, 2021 Soccer Comments Off on Arsenal have obvious transfer replacement if Alexandre Lacazette is sold but must pay £20m
NFL News