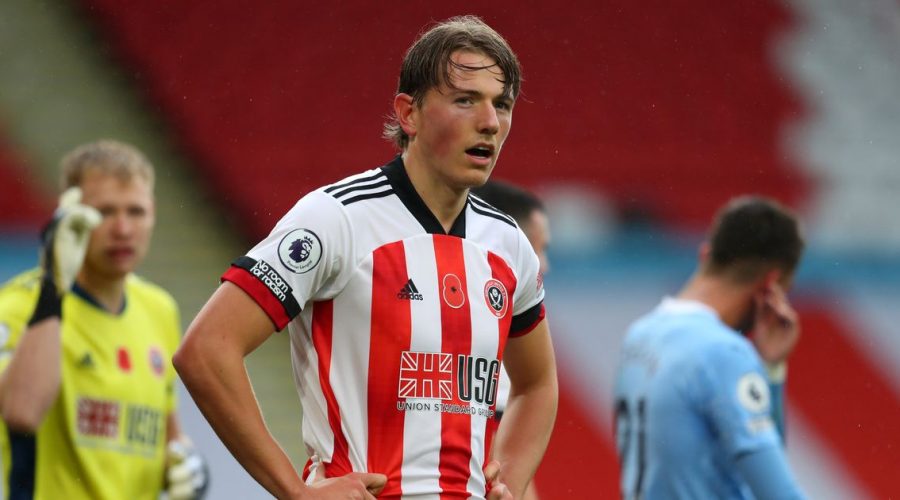 Arsenal will have to trigger the £35m of Sander Berge to stand any chance of completing a summer transfer deal.

The Gunners have been linked with a move for the Sheffield United midfielder in recent weeks as Mikel Arteta prepares to find a Granit Xhaka replacement.

It is expected that the Swiss midfielder will complete a move to Serie A side Roma in the coming weeks after five years at the Emirates.

Arsenal may well turn their attention to Berge, but a deal for the Norwegian will not come cheap.

The Blades are reluctant to sell the former Genk midfielder despite suffering relegation to the Championship and want him to remain at Bramall Lane as club eyes an instant return to the top-flight.

Napoli and Atalanta are also said to be eyeing a move for the 23-year-old but, like Arsenal, are reluctant to meet the release clause of Berge.

Should either of the Serie A sides make their move, they could find themselves in a stronger position than Arsenal due to securing European football for the upcoming campaign.

Atalanta will compete in the UEFA Champions League next season, with Napoli taking part in the Europa League. Arteta's side, however, missed out on European football for the first time in 25 years.

The Norway international only joined United in January of last year for a fee of £24million and are unlikely to allow one of their most talented players depart for any less than this.

Would Sander Berge be a suitable replacement for Granit Xhaka? Comment below.

Newly-appointed Blades boss Slavisa Jokanovic is keen for Berge to stay at Sheffield but is yet to hold talks with the player about his future at the club.

Speaking at a press conference on Friday, Jokanovic said: "I have some information about it being some kind of possibility [Berge leaving].

"I have not had an opportunity to talk with him, but the first time I speak with him I will encourage him to stay with us."