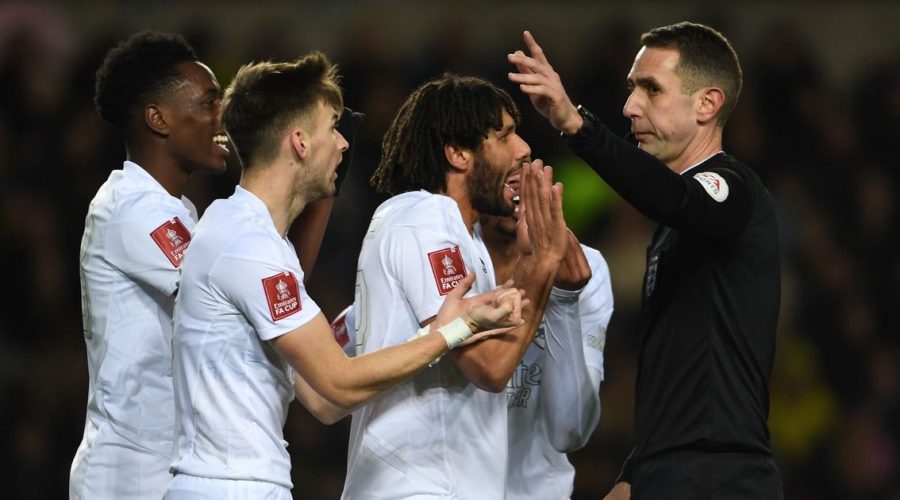 Premier League leaders Arsenal have been slapped with a second fine over failing to control their players.

Six days ago (January 14), Mikel Arteta's side accepted the Football Association's findings that they failed to ensure players "conducted themselves in an orderly fashion" as the Gunners were held to a frustrating 0-0 home draw with Newcastle United.

In the 95th minute, the north Londoners surrounded referee Andy Madley after he waved away appeals for a penalty. “Arsenal FC admitted that it failed to ensure its players conducted themselves in an orderly fashion during the 95th minute," the FA said in a statement after dishing out a £40,000 fine.

READ MORE: Arsenal to 'risk having cheap January and save cash for Declan Rice' despite title charge

Now, the north Londoners have received another fine for the same offence, relating to their FA Cup Third round tie at Oxford United. Arteta's side once again heavily protested for a penalty when Albert Sambi Lokonga's shot appeared to be blocked by an Oxford hand.

This time the Gunners denied allegations they had failed to control their players but an independent Regulatory Commission upheld the allegation. A new statement from the FA reads: "Arsenal FC has been fined £40,000 after its players surrounded a match official during the FA Cup tie against Oxford United FC on Monday 9 January 2023.

HAVE YOUR SAY! Do the FA need to do more to stamp out players crowding referees? Let us know in the comments section. "Arsenal FC denied an allegation from The FA that the club had failed to ensure its players conducted themselves in an orderly fashion during the 34th minute, and the club also requested a hearing.

"An independent Regulatory Commission subsequently upheld the allegation and imposed the club's fine. Its written reasons for these decisions will be published in due course."

Mikel Arteta's side are currently eight points clear of Manchester City at the top of the Premier League table. The Gunners face Manchester United, who will be without star man Casemiro after he picked up a fifth booking of the season, on Saturday (January 21).