Arsenal fans have urged Gunners technical director Edu to recall Matteo Guendouzi from his loan spell. The French midfielder is currently on a season-long loan with Bundesliga side Hertha Berlin.

Guendouzi was allowed to temporarily leave the Emirates as he’d fallen down the pecking order under Gunners chief Mikel Arteta.

The Frenchman has flourished since his move to Berlin, with Hertha manager Michael Preetz recently claiming he’s “enriched” his side.

But it’s Guendouzi’s recent exploits for France’s Under-21s that have prompted some Arsenal fans to call for him to return to the club.

The midfielder helped book France’s ticket to the Under-21 European Championships on Tuesday night with a stunning stoppage-time assist in Les Bleus’ 3-1 victory over Switzerland.

JUST IN: Guendouzi’s old boss has proven why Arteta was right to let him leave 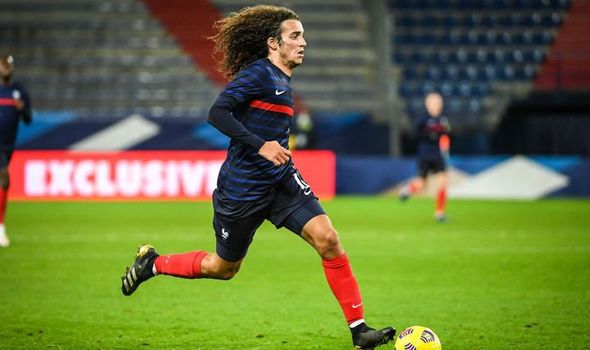 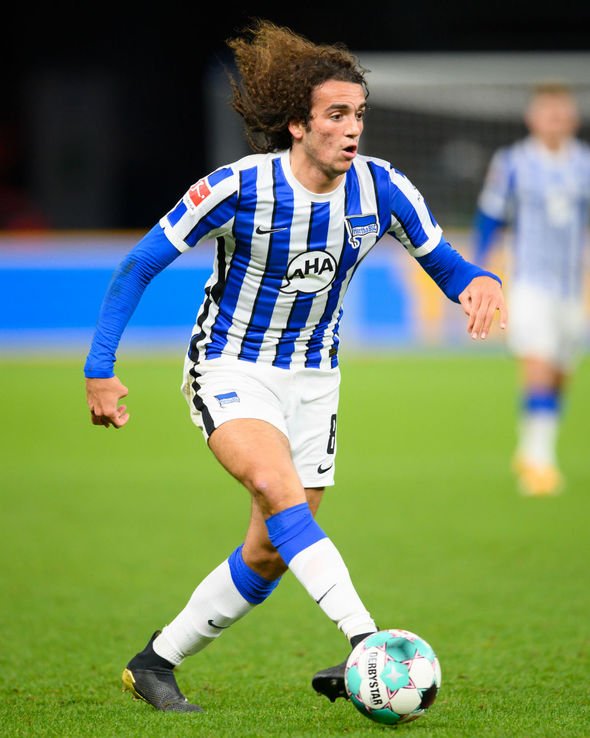 With his side down to ten men and under mounting pressure, Guendouzi showed the heart of the captain by making a key tackle before going on a lengthy run and teeing up Randal Kolo to score France’s third.

Gunners fans were blown away by what they saw of the exiled midfielder and took to Twitter to voice their calls for him to return.

“If [Granit] Xhaka leaves we should recall Guendouzi,” tweeted one fan.

One of the Emirates faithful went to great lengths when expressing their eagerness for Guendouzi to return, insisting Arteta should opt against signing Lyon’s Houssem Aouar.

They wrote: “I would rather us recall Guendouzi than drop £40m on Aouar to play the same role,”

“Obviously, Aouar is better than Guendouzi but I’d rather us make the investment on Szoboszlai who could actually operate in the final 3rd, with Guendouzi carrying the ball up the pitch.”

One Gooner claimed the 21-year-old would easily displace Granit Xhaka, saying: “Not being funny but from everything I’ve seen this season Guendouzi would take Xhaka’s role easily if he wanted & Arteta actually wants him.” 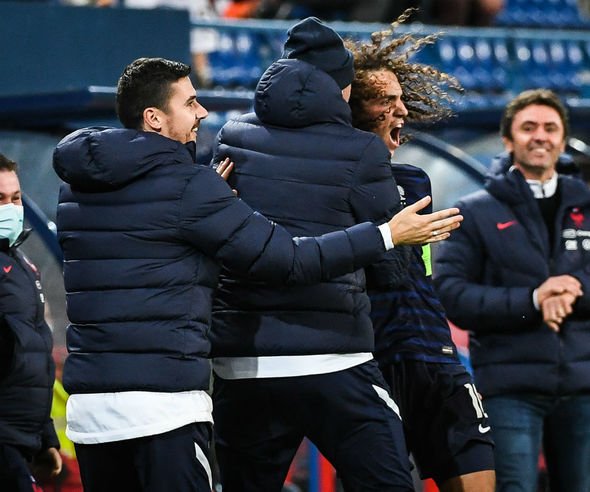 Arsenal fans’ praise of Guendouzi came shortly after the midfielder’s former boss Mickael Landreau hit out at the youngster.

“He annoyed me terribly, he is very complicated to manage,” ex-Lorient chief Landreau said of Guendouzi. “He sometimes has some behaviours within a group that are very, very hard.

“But somehow, that’s what he is: big; he doesn’t let go, he is a fighter. He has an oversized ego, but he certainly needs it.”

Landreau believes Guendouzi has what it takes to be a major success but still has reservations over his attitude.

“It’s also what’s at stake in his career: how he will manage what he is in order to succeed, or not, in an exceptional career,” he added.

“I think he needs to be in the spotlight, to be a leader. He needs to be a captain or vice-captain, and he will try to make the most of it.

Guendouzi and his Hertha Berlin team-mates will be back in action on Saturday evening, welcoming Bundesliga title hopefuls Borussia Dortmund to the Olympiastadion.

November 17, 2020 Soccer Comments Off on Arsenal fans send message to Edu after what Matteo Guendouzi did for France Under-21s
NFL News