The midfielder made just 10 Serie A appearances in an injury-plagued campaign last season.

Despite the emergence of youngster Joe Willock, Gunners boss Unai Emery is still in the market for an Aaron Ramsey replacement.

And according to Italian journalist Nicolo Schira, it seems he has turned his attention to Khedira, 32.

“Contacts ongoing between Sami #Khedira and #Arsenal,” he tweeted.

That figure equates to a weekly wage of just over £70,000, which would represent a pay cut of almost £30,000-per-week on his Juventus earnings.

Khedira was spotted at the Emirates Stadium during Arsenal’s 2-1 friendly defeat to Lyon on Saturday.

But Emery played down speculation when quizzed on whether he was planning to sign the Germany international after the game. 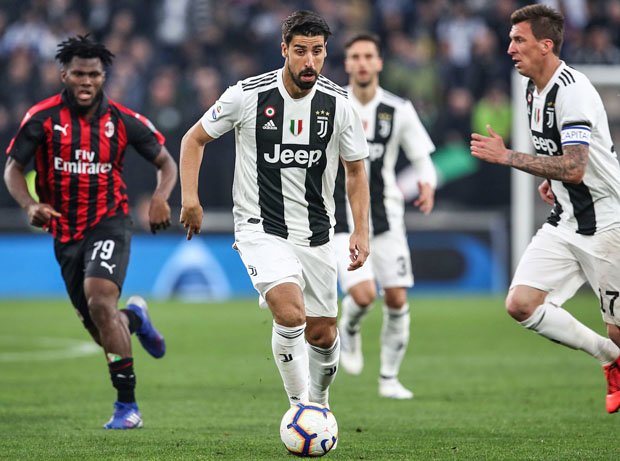 “Khedira is a very good player but this is the first time I have heard his name mentioned,” the Spaniard said about the midfielder’s presence.

The arrivals of Ramsey and Adrien Rabiot have led to suggestions that Khedira has been deemed surplus to requirements in Turin.

New boss Maurizio Sarri is likely to favour his own signings, meaning the former Real Madrid man could be looking for a new challenge.

Arsenal fans reacted positively to the news linking them with the World Cup winner. 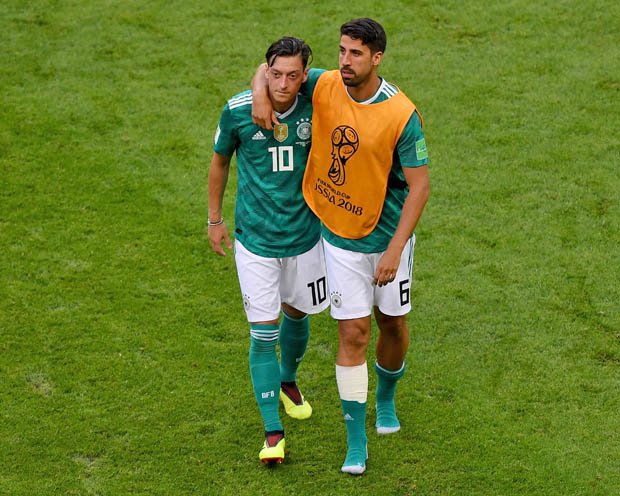 “I’d take him as a back up player. Much better than Elneny!!” wrote one fan on Twitter.

Another added: “We need experience in that team. He doesn’t even have to play. Young players need people like him.”

“I have no qualms with taking Rugani and Khedira on loan for a season with the option to buy.”

The Gunners face Angers in a friendly tomorrow (6.30pm) as they warm up for their Premier League opener against Newcastle.