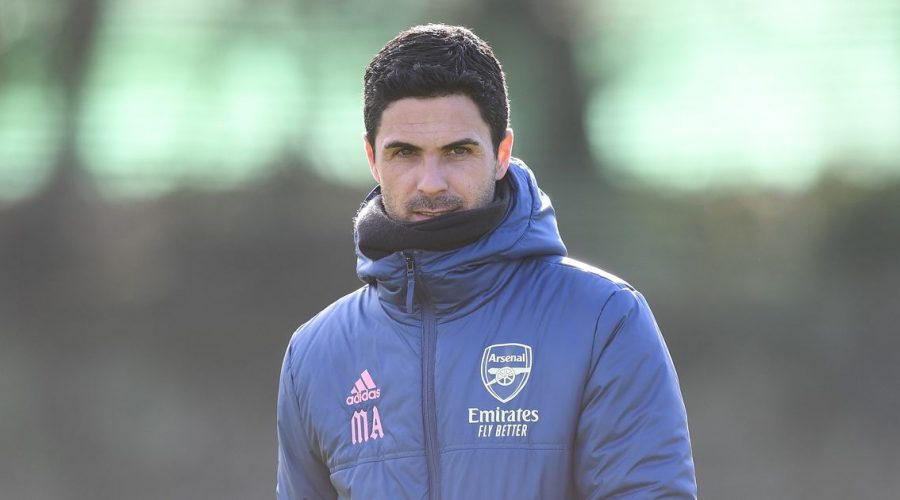 Arsenal boss Mikel Arteta has a selection headache for his starting XI for the north London derby.

The Gunners are looking to climb further up the Premier League table by getting revenge on Tottenham, who are chasing European football themselves.

And they come into the fixture on flying form, having seen off Olympiacos 3–1 in their Europa League round-of-16 first leg.

Arteta does have the option to play the same XI again, allowing them to rest for the second leg at the Emirates Stadium next Thursday.

But the availability of other players in the squad mean that the manager is spoilt for choice against Jose Mourinho’s side.

Nicolas Pepe has enjoyed a rise in form, scoring in the 3-1 win over Leicester last month.

And the same can be said of Willian who – despite still having no goals to his name – has recorded an assist in each of his last four games.

Cedric Soares has been competing with Hector Bellerin for the right-back position while Pabo Mari and Emile Smith Rowe are back from injury.

Despite having these players back in contention, Arteta is unlikely to take any risks at the back by shuffling the line up.

David Luiz and Gabriel Magalhaes worked well together against Olympiacos, with the 23-year-old scoring and assisting.

The elder centre-back missed the 2-0 defeat to Spurs last year, he could be Arteta’s man to sit in front of Bernd Leno.

Bellerin would keep his place on the right while Kieran Tierney stays on the left.

Grant Xhaka and Thomas Partey were the sitting midfielders in Greece – but Mohamed Elneny’s goal-scoring appearance could see Arteta switch him out for the Swiss midfielder after his crucial error against Burnley.

While Alexandre Lacazette had a cameo in Europe, Willian’s creativity would keep him in the attacking midfield with Martin Odegaard and Bukayo Saka, captain Pierre-Emerick Aubameyang ahead of them.