Arsenal could sign Borussia Dortmund star Julian Brandt for as little as £17.3million this summer, according to reports. Arsenal are in the market for a creative midfielder and want to make Martin Odegaard’s loan move permanent. However, all reports suggest Real Madrid are not willing to sell Odegaard and it is also not clear whether the Gunners would be able to afford the Norwegian if he was for sale.

Germany international Brandt was linked with Arsenal in the January transfer window before Odegaard joined on loan.

Brandt has struggled in the Bundesliga this season, scoring two goals and contributing just two assists in 28 appearances.

The 24-year-old has often had to settle for a substitute role under Edin Terzic.

But Arsenal could offer Brandt the chance to reignite his career if reports from Germany are to be believed. 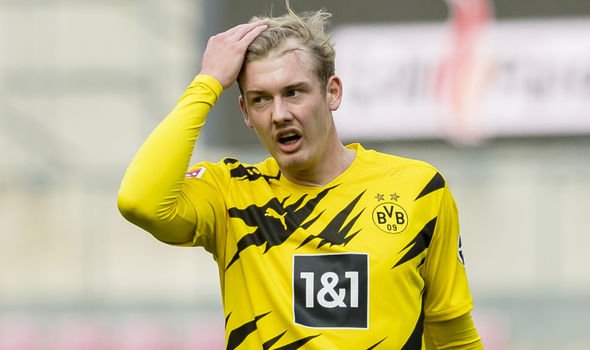 Bild say the Gunners are keen on the midfielder, who made his name at Bayer Leverkusen.

The report claims Brandt is not against a move away from Dortmund after a tough campaign.

That figure is likely to be considerably less than the amount Real would want for Odegaard, if he were to be allowed to leave the Bernabeu. 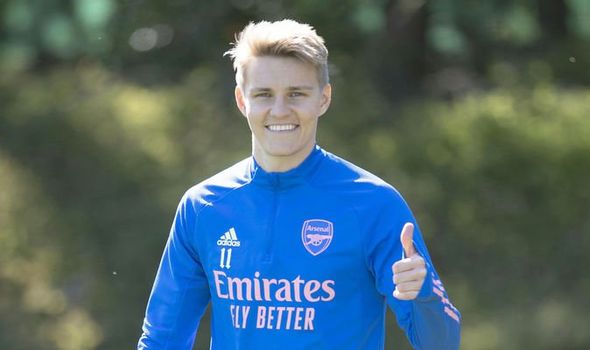 Odegaard has made 14 appearances for Arsenal since joining in January – already more than the 11 he has made in total for Real in over six years since signing for Los Blancos aged 16.

Speaking earlier this month, Arsenal boss Mikel Arteta insisted Odegaard was happy at the club but did not discuss the possibility of him staying beyond this season.

“I speak with him every day,” Arteta said. “I see his face, his body language and he seems really happy right now here.

“Our contract with him is until the end of the season. What we have to do is try to make him perform, develop and be as happy as he can be.”

Speaking on international duty in March, Odegaard praised Arteta and said a decision had not been made over his future.

“He is incredible. I have a lot to learn from him. I just need to ‘sharpen my ears’ and pay attention. He is fantastic.

“I haven’t thought about what’ll happen in summer,” Odegaard continued.

“Deal with Arsenal is until the end of the season. We’ll see what happens this summer.”