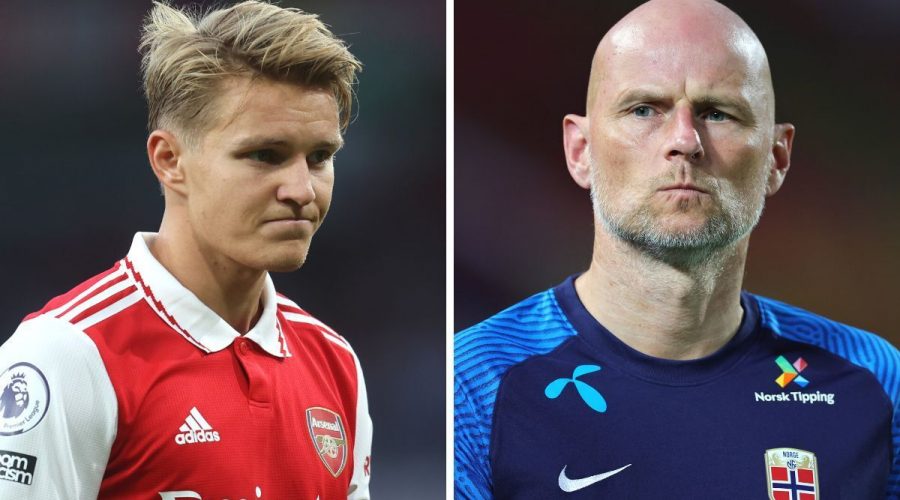 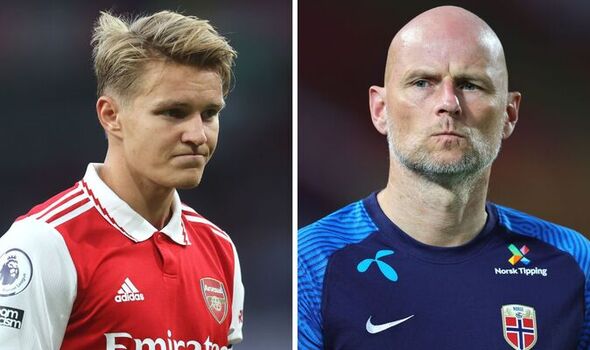 Norway boss Stale Solbakken has revealed Martin Odegaard is “not doing well” after remaining behind at Arsenal to work with the club’s medical staff following a calf injury. The playmaker, who was forced to sit out of Arsenal’s 3-0 Premier League victory at Brentford on Sunday, was called up by the national team squad in hope that he would join up with his team-mates at a later date.

However, Solbakken has now suggested the signs are not looking good as contact continues between Norway and the Gunners in a bid to find a swift solution.

“We are in regular dialogue with him and (Mikel) Arteta and Arsenal’s health sector, as it is called in Danish. Nothing has been decided there, so there is still hope,” Solbakken told TV2.

“They are the ones who have had ‘hands on him’ up until now, and they are in dialogue. He’s not doing well now.”

Solbakken still expects to welcome Odegaard into camp – regardless of his fitness – as he opened the door to a potential temporary coaching role. 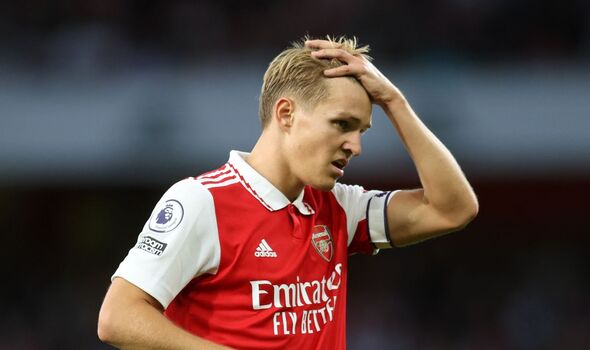 He added: “Now it’s a matter of getting a final decision on whether he can be in both or one game. We’ll certainly see him in Norway, either as a player or a ‘fourth coach’. It means a lot to have him.”

Arsenal boss Mikel Arteta did not go into detail when discussing the injuries suffered by Odegaard and Oleksandr Zinchenko after his side put three goals past Brentford.

”They are both injured and not available for the game,” The Spaniard said.

“I don’t know [how long they will be out for], we have the international break right now so it’s going to give us a break [on that]. They are two different things but we don’t know yet.”

The Gunners return to action on October 1 when they welcome Tottenham to the Emirates Stadium for the north London derby.

Vieira has taken his time to adjust to his new surroundings but he excelled in the absence of Odegaard on Sunday when he struck a beautiful long-range effort that flew in off the post.

Speaking to ESPN in Brazil, Vieira detailed his delight at scoring his first Arsenal goal after recovering from an injury that was discovered during his medical.

“I need to improve my English and he helps me a lot with the language,” he said.

“Having Brazilians and Portuguese in the team helped me. It’s people that speak the same language. I don’t know much English, but I’m learning and with their help, it’s getting easier.

“Obviously it was very good for me as I arrived here injured, unfortunately. I had some time sidelined.

“Returning to competition costs a little bit, but step by step, I trained, evolved and grew. Now I’m here, I scored the first goal and I’m very happy about it.”