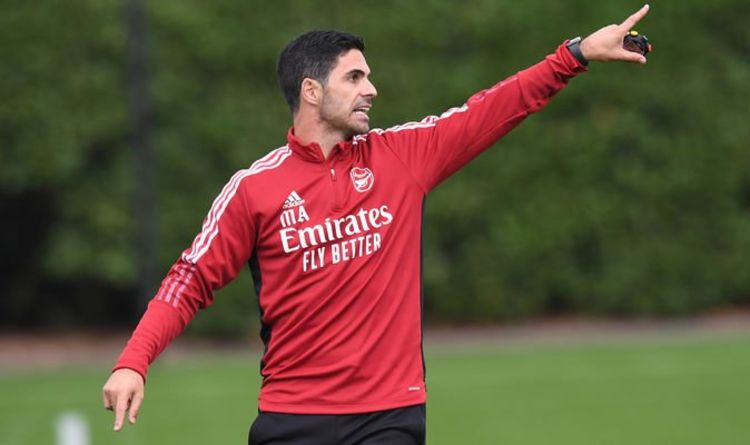 Arsenal could line-up with a new-look side against Norwich on Saturday as boss Mikel Arteta attempts to right the wrongs of a dismal start to the Premier League season. Fans are desperate to see a turnaround in fortunes, with an active summer in the transfer market yet to bear fruit on the pitch.

The Gunners’ £150million summer spending spree was the biggest anywhere in Europe, as well as in their history.

Even so, they started the campaign with three successive defeats, zero goals scored and bottom of the league heading into the international break.

While it prolonged the time that Arsenal have been at the foot of the table, it also gave Arteta some much-needed respite to gather his thoughts and make a new plan going forwards.

After facing Manchester City and Chelsea in their first three games, they are now greeted by a much easier run of fixtures upon their return to action.

A date with the Canaries at the Emirates lies in wait on Saturday, before a trip to Burnley and an EFL Cup tie with AFC Wimbledon.

All three of those encounters could provide the perfect backdrop for Arteta’s new signings to bed in, gain some confidence and steer the club back towards winning ways.

According to the Daily Star, both Takehiro Tomiyasu and Aaron Ramsdale could make their Premier League debuts for the Gunners this weekend.

The Japanese deadline day signing is expected to slot straight in at right-back in light of Cedric Soares’ poor showings and Hector Bellerin’s departure to Real Betis.

Ramsdale, meanwhile, could benefit from the fact that Bernd Leno has already conceded nine league goals.

At £25m, he is also likely to see more first-team action than your average back-up goalkeeper.

Thomas Partey, Gabriel Magalhaes and Ben White are also set to make their returns from injury, giving Arsenal a much healthier crop of players to pick from as they attempt to steady the ship.

The only major hit they have taken is Granit Xhaka’s suspension following a reckless red card which put the Gunners permanently on the back foot against City.

The current atmosphere around Arteta and the club is on the verge of going past the point of no return, making the next few fixtures absolutely crucial.

While the three defeats leading up to the international break were undoubtedly crushing, the fact that two of them were against top opposition almost acted as the Spaniard’s get out of jail free card.

Against their upcoming opponents, nothing less than convincing victories will do.