Arsenal, as of yet, have not been able to replace the goals they lost from midfield when Aaron Ramsey left the club – but that could be about to change. Last season it was clear the Gunners relied too much on their captain and star forward Pierre-Emerick Aubameyang, who scored 22 goals in the Premier League – 12 more than the next highest return of 10 by Alexandre Lacazette. There was a clear lack of goal output from the midfield following Ramsey’s free transfer to Juventus.

In Ramsey’s 11 seasons at Arsenal, the Welshman equalled or scored more than that tally on his own on five occasions – despite often being blighted by injury problems.

It is an issue Mikel Arteta must resolve and the head coach could be about to do that with one of his transfer targets.

Lyon midfielder Houssem Aouar is heavily linked with the Gunners, with Arteta and technical director Edu reportedly “in love” with the 22-year-old. 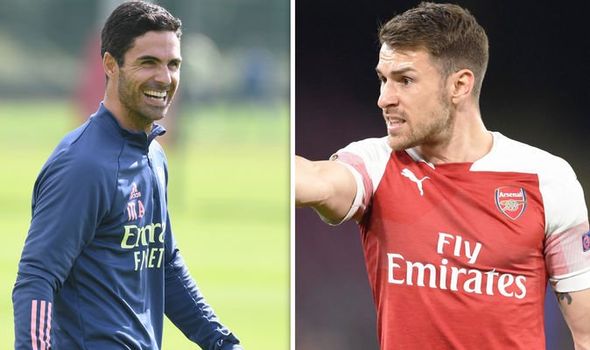 A brief look at Aouar’s stats from last season will show he scored just three Ligue 1 goals for Lyon – though the campaign was cut short due to the coronavirus pandemic.

However, overall his goal return in league football for the French side is impressive.

Aouar is widely regarded as one of the most exciting young midfielders in Europe, and the Gunners have already seen an offer of money-plus Matteo Guendouzi rebuffed. 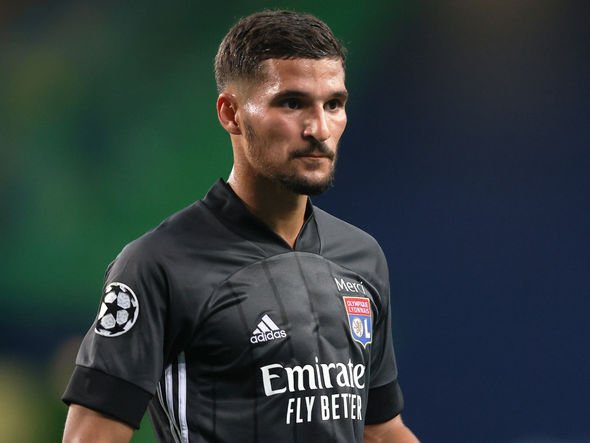 Lyon’s sporting director Juninho confirmed there has been contact with Arsenal but Guendouzi is not the type of player they want at the moment.

Juninho told RMC Sport: “I get along very well with the sports director (Edu). We spoke on the phone. Arteta really appreciates Houssem Aouar.

“There were some discussions for Matteo Guendouzi who is also a good player. He was mentioned during the discussion.

“But this is not the profile that we need, we were very clear. If it is like that, it does not interest us at all, so we stopped.”

Despite that, rumours of a move to Arsenal will not go away and it is clear Arteta is a fan.

Lyon are said to want up to £54m for Aouar and Arteta must shift members of his squad first, with Torreira looking set to return to Italy and goalkeeper Emiliano Martinez targeted by Aston Villa.

But if Arsenal can get a deal done, it will fill a hole that desperately needs attention.

September 9, 2020 Soccer Comments Off on Arsenal boss Mikel Arteta may be about to sign his own Aaron Ramsey
NFL News