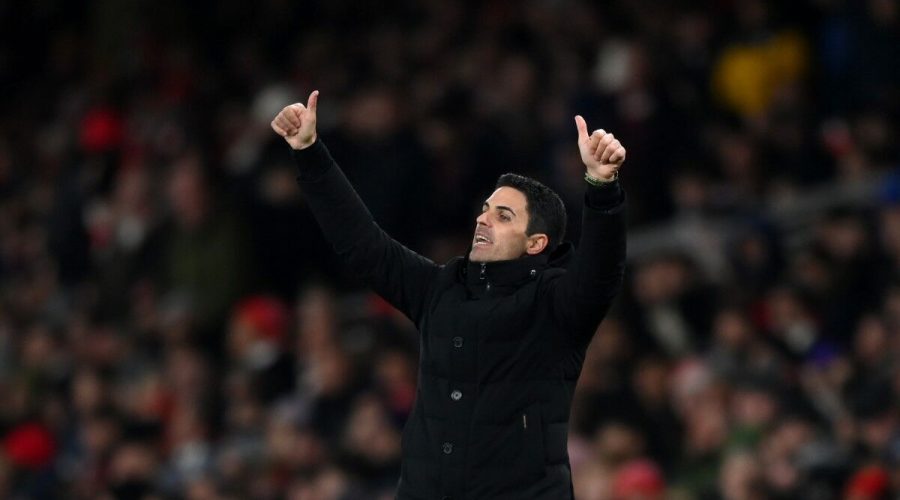 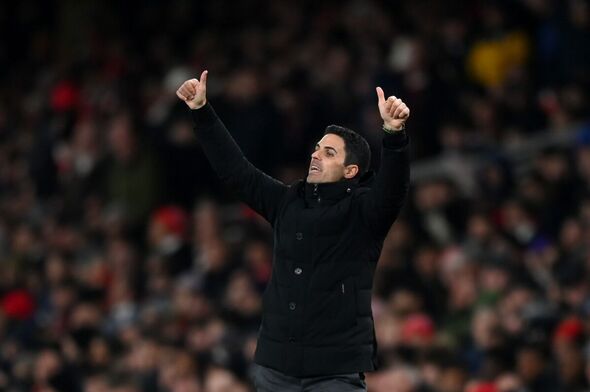 With his histrionics on the touchline, anybody would think Arsenal boss Mikel Arteta might be well served by a theatrical agent. But as he showed during yesterday’s drama at the Emirates, he is more than capable of picking up plenty of bookings all by himself.

The Spaniard’s latest yellow card came when he went dangerously close to trying to grab the ball just as Christian Eriksen was contemplating making an attempt to keep it in play.

Arteta’s touchline behaviour has already caused condemnation this season – not least in the equally-tight game against Newcastle – and it is worth remembering that in this 38-act play, Arsenal have only now finally reached the midway interval.

It is a long way for them to go, but Arteta for one is not losing any head of steam. Or for that matter, control.

Because the moment a less self-aware manager might truly have lost it – when the final winning goal went in – Arteta remained relatively calm. The exuberance of the moment when he saw the ball hit the net was quickly replaced by a relative calm.

He knew there would inevitably be a VAR process and when that hurdle was crossed his finger was straight to his forehead, telling his players that concentration was the key for the final nervy minutes.

It was the final mime of a staggeringly varied miming repertoire that would have received nods of approval from the late Una Stubbs and Lionel Blair. He very much feels he needs to give his players a clue at every turn – and right now they seem to be receiving loud and clear.

Goodness knows what shaking the pineapple from the Agadoo playbook was supposed to mean for Granit Xhaka. Or why Bukayo Saka at one point should be under instruction to do the birdie dance. Certainly, to the uninitiated, that’s what it looked like Arteta was signalling so frantically.

His players seem instinctively to understand the thought process and the energy Arteta is permanently transmitting with these elaborate mimes also seems to get channelled through to his electrified players. A strange lassooing motion from the technical area aimed, it seemed, at whipping up the players and the whole stadium, was echoed moments later by Martin Odegaard.

And by the end, the whole place was bouncing.

Erik Ten Hag, meanwhile, stood relatively motionless, hands in his pocket, chewing his gum. Not even as furiously as Sir Alex Ferguson appeared to be, sat up in the stands.

It is the Dutchman’s cool thinking and level-headedness that is credited with the success he has had in sorting out the mess he inherited at Old Trafford to create a team which, but for these last two results, is finally beginning to look again like the Manchester United of old.

But it has only got them so far. While now the best United can realistically hope for is a return to the Champions League, Arsenal are once again looking to become a headline act.

January 22, 2023 Soccer Comments Off on Arsenal boss Mikel Arteta keeps cool when it matters as antics pay off
NFL News