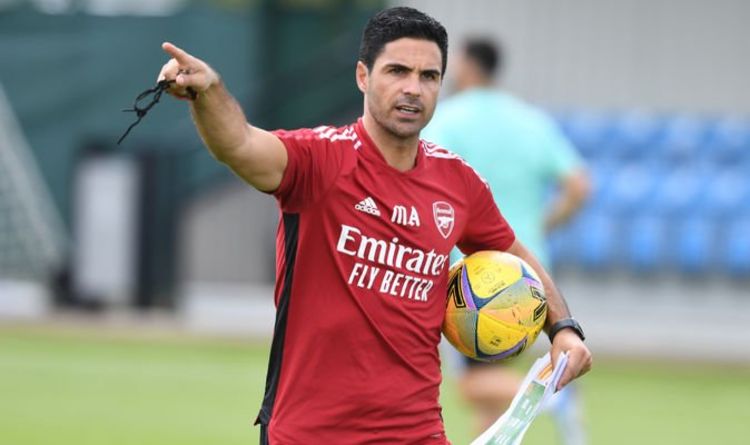 In pictures: Arsenal beaten in friendly by Hibs

Arsenal are weighing up the futures of four of the club’s recent academy graduates. Mikel Arteta’s summer overhaul of the Arsenal squad could see all four of Joe Willock, Ainsley Maitland-Niles, Eddie Nketiah and Reiss Nelson leave the club, per reports.

The Gunners are attempting to refresh their squad with up to five further signings this summer, as Arteta looks to build a squad capable of lifting Arsenal back to the top tier of English football.

Arsenal chiefs are believed to be willing to spend as much as £250million to secure their preferred targets.

Those five players are all also under 25, fitting the preferred profile of the club’s transfer targets, as they prioritise players with growth and sell-on value.

But bringing in such a profile of player could impact on the club’s recent academy graduates, who are all keen for regular first-time opportunities.

The Athletic report that Willock, Maitland-Niles, Nketiah and Nelson are all playing for their Arsenal futures this pre-season.

The quartet have failed to nail down regular starting spots at the club, despite some promising signs, and Arsenal may be ready to cash in.

The planned summer spending spree means the books need to be balanced, and Arteta is open to selling the quartet to help raise funds.

But the Gunners boss would prefer to send the players out on loan, regarding that “as better value than selling in a depressed market”.

Arsenal will want to get their squad set as quickly as possible as they face a tough start to the new Premier League season.

The mood around the Emirates could sour quickly with a poor start to the campaign, with the fans restless after a disappointing eighth-place finish last time out.
Source: Read Full Article