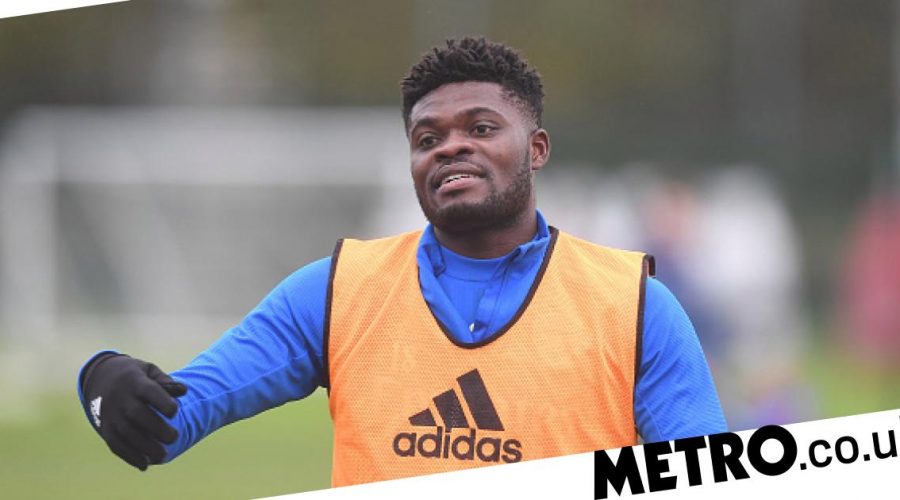 The Gunners have been without their £45million signing since he suffered a recurrence of his thigh injury in December’s north London derby defeat to Spurs.

Partey has made just six appearances since joining from Atletico Madrid back in the summer, but when he has featured, he has impressed.

And speaking after the 2-0 win over Newcastle at the Emirates, Arteta revealed that Partey just missed out on Saturday’s matchday squad, but is hopeful the midfielder can be involved for Arsenal’s Premier League clash against Crystal Palace on Thursday.

‘We assessed the situation, how much training he’s done, the boxes that he ticked and he was still a little bit short,’ Arteta said.

‘Hopefully, we will have him in the squad on Thursday. Let’s see how he trains in the next couple of days. He’s really good at the moment.’

Goals from Emile Smith Rowe and Pierre-Emerick Aubameyang in extra-time sealed Arsenal’s place in the fourth round of the FA Cup.

19-year-old Smith Rowe continues to sparkle since coming into the side in recent weeks, and Arteta was full of praise for the midfielder.

‘He’s becoming more and more important in the team and today he showed that again the way he came on,’ the Spaniard added.

‘The personality that he played with. And we asked him to be more in the box to be more a threat in front of goal, and today he scored a really important goal for us.’