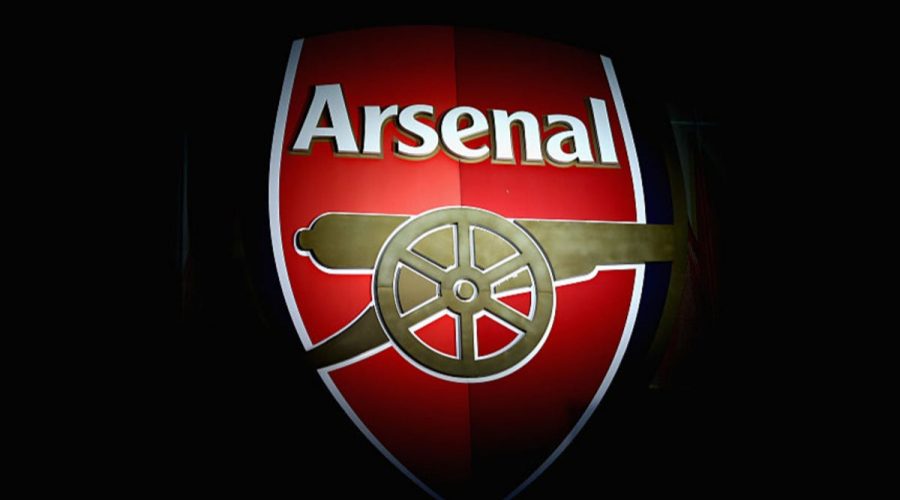 Arsenal have submitted a formal request to the Premier League asking to postpone their north London derby fixture against Tottenham on Sunday.

Mikel Arteta’s side are suffering from several absences due to a Covid outbreak, injuries and players being away on international duty at the Africa Cup of Nations.

The Premier League confirmed the request had been lodged in a statement released on Friday evening and said they will take a final decision on Saturday.

“The Premier League has received a postponement request from Arsenal FC relating to their away match against Tottenham Hotspur, due to be played at 4.30pm on Sunday 16 January,” it read.

“The Premier League Board will meet tomorrow to review the application and inform both clubs and their fans of its decision.” 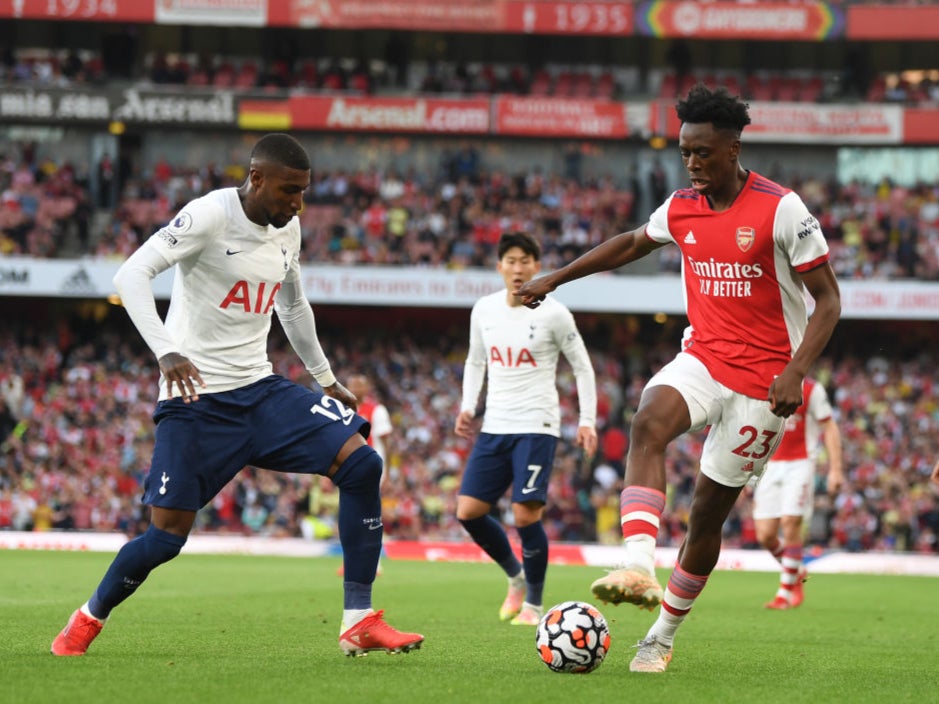 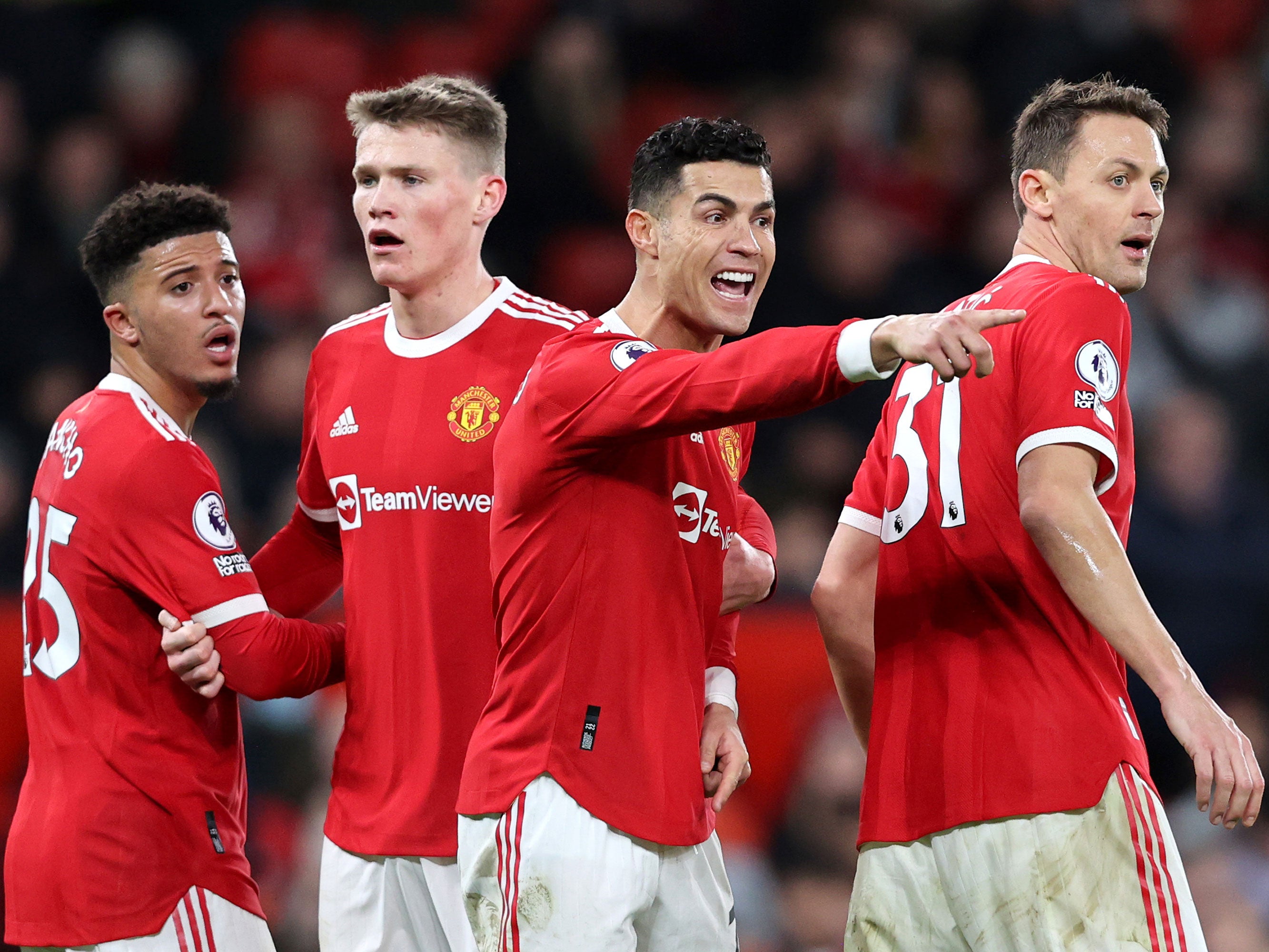 The Gunners took a thin squad to Anfield for their Carabao Cup semi-final on Thursday, with Martin Odegaard testing positive for Covid-19 earlier in the week, while Emile Smith Rowe and Takehiro Tomiyasu were both ruled out due to injury.

To compound those problems, Cedric Soares suffered a hip injury inside the first minute of play before Bukayo Saka picked up a knock. Granit Xhaka is not available for selection either after being sent off in the first half.

Thomas Partey, Mohamed Elneny, Nicolas Pepe and Pierre-Emerick Aubameyang are all away on international duty meaning Arsenal may have less than the 13 outfield players required of necessary first-team experience to fulfil a fixture that could prove pivotal in the top-four race.

A statement released by Arsenal read: “We have reluctantly taken this step but we have many players currently unavailable across our squad as a result of Covid, injuries and players away with their country at AFCON.”

Speaking after the Liverpool game, Arteta said: “I don’t know, it’s difficult to say that with total honesty without assessing our players.

“What is today very unlikely, tomorrow is likely to happen. It’s gone the other way for us when we were ready to play a match and it was cancelled twice because the other team had issues so it can go both ways. But our intention is always to play.” 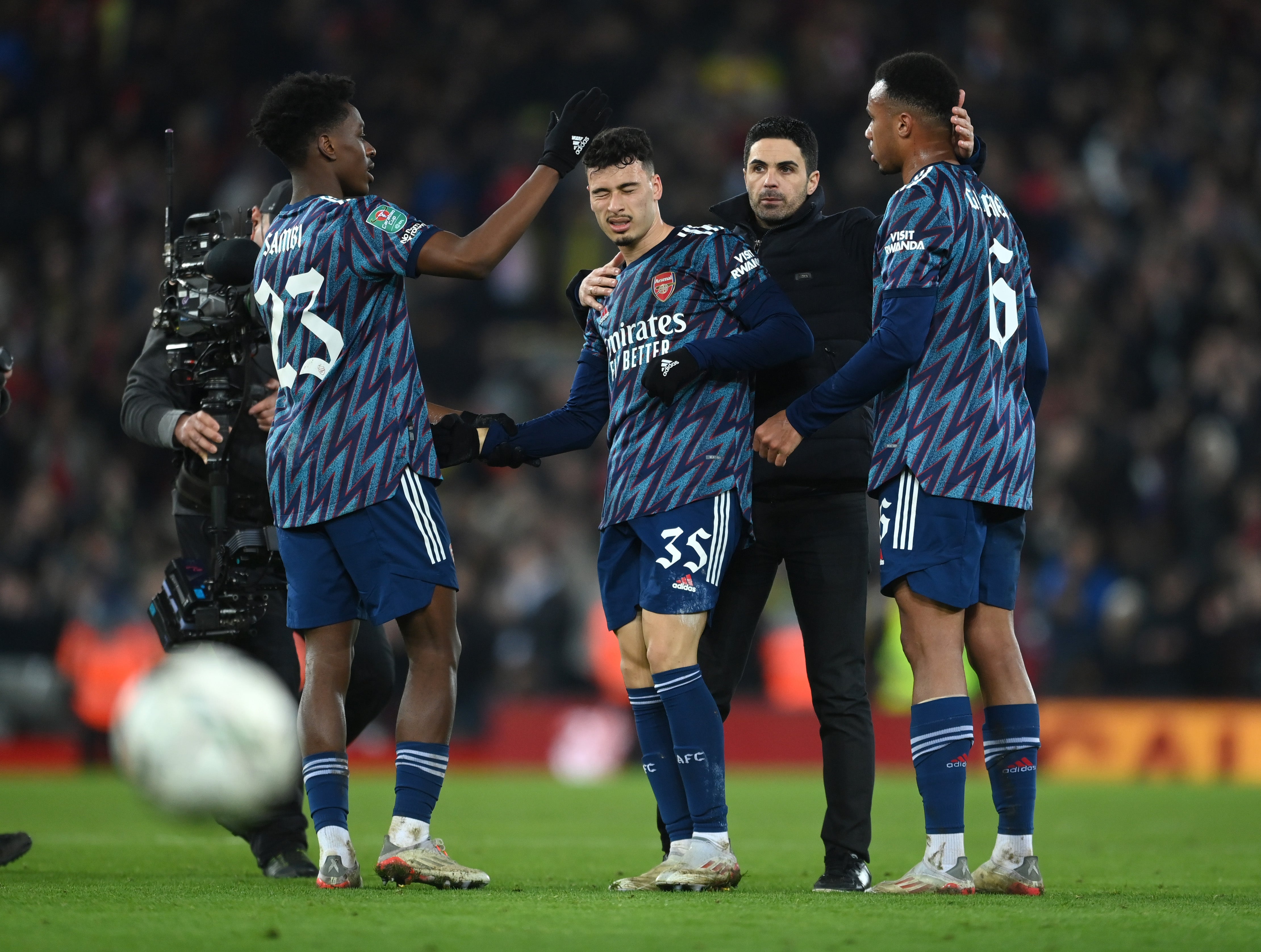 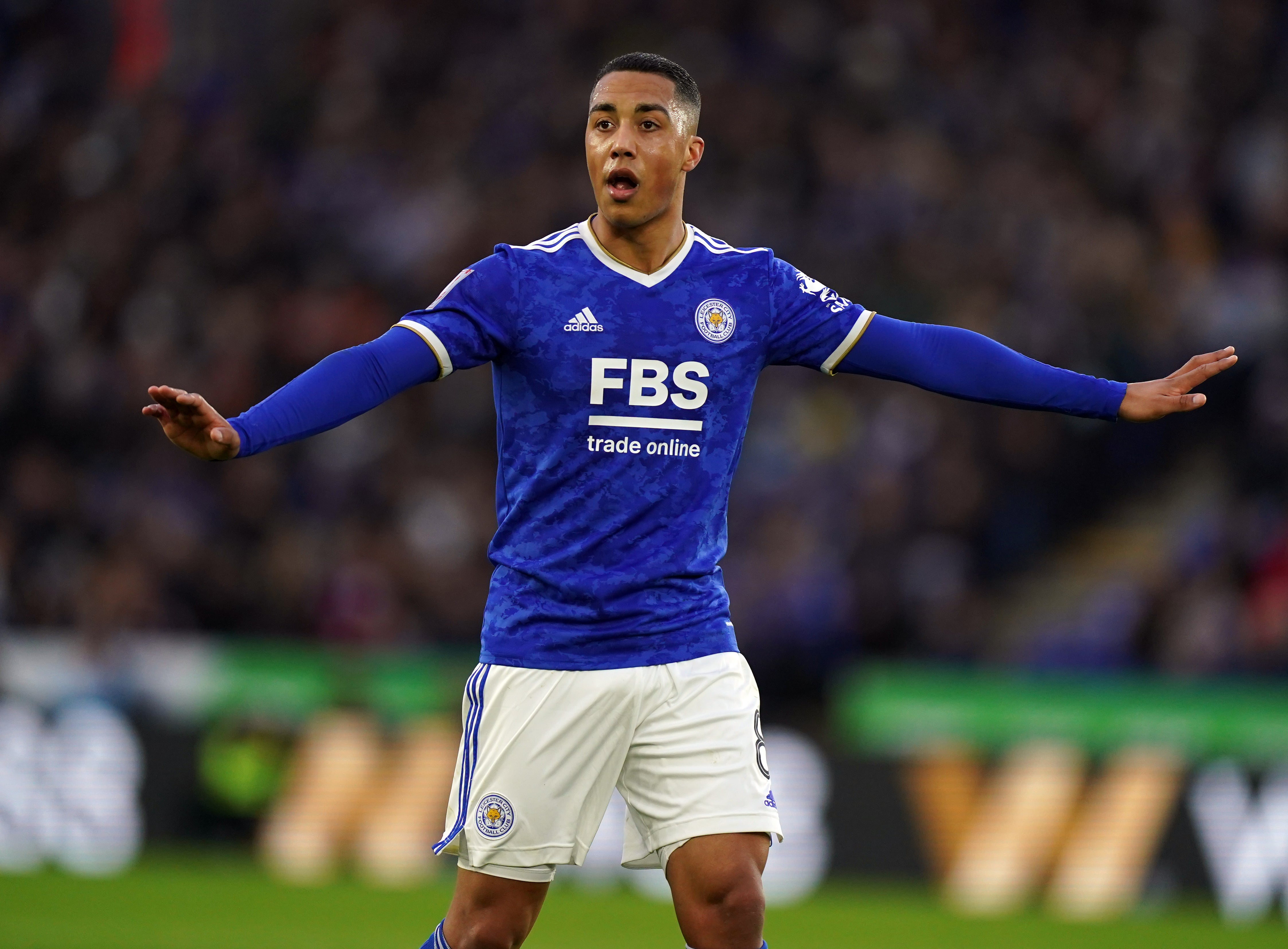 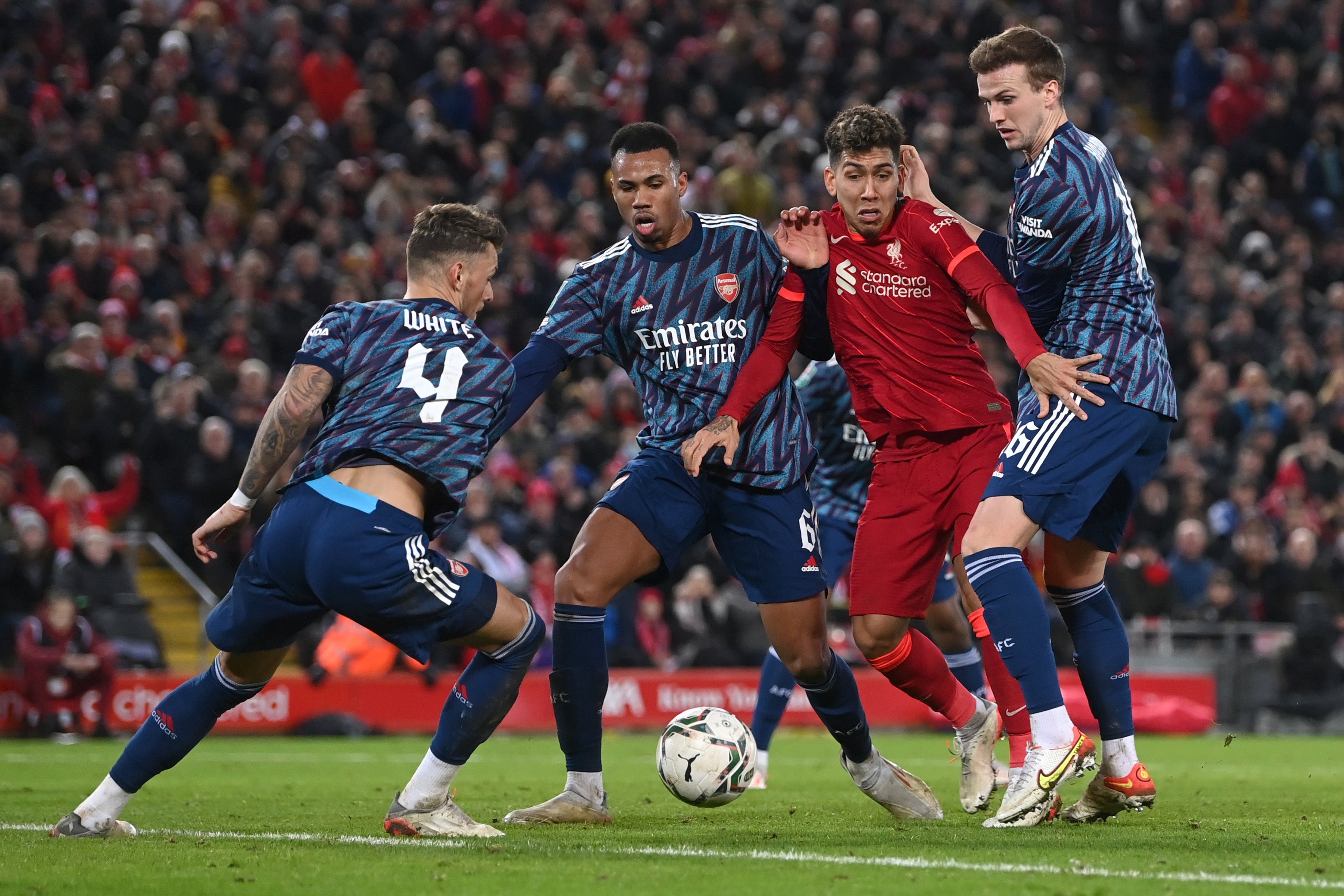 Burnley’s fixture against Leicester on Saturday has already been postponed due to Sean Dyche’s side having an insufficient number of players to fulfil the fixture.

The Women’s Super League fixture between Chelsea and Everton has also been postponed.