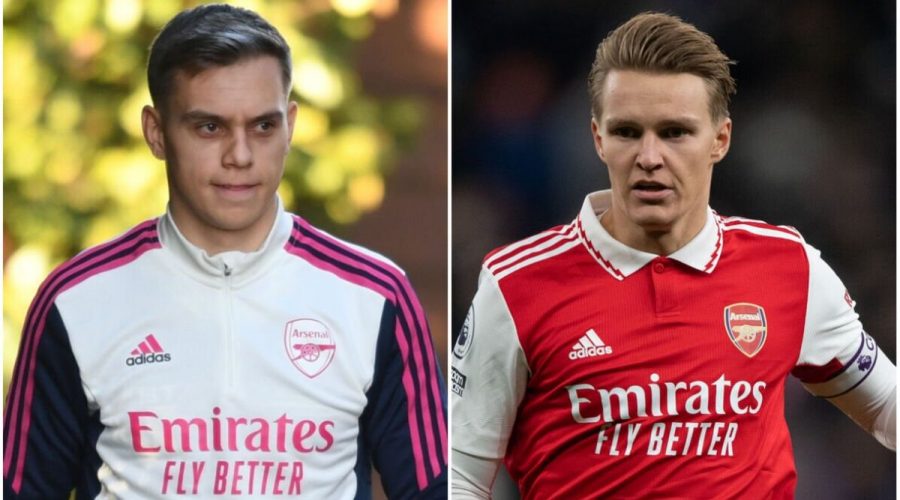 Leandro Trossard may have already caused a stir at new club Arsenal by claiming that he would prefer to play in behind the striker than out wide. Club captain Martin Odegaard currently lays claim to the central role and the Gunners are presumed to have pulled the trigger on Trossard for extra cover on the wings.

The Belgian is no stranger to rocking the boat, as illustrated by the messy nature by which his spell at Brighton recently came to an end. A training ground bust-up saw his relationship deteriorate with manager Roberto De Zerbi and Trossard’s agent went public with the player’s grievances.

A Seagulls exit was effectively forced through and Arsenal bit first, tabling an initial £21million offer which was accepted on the south coast. Manager Mikel Arteta was desperate to bring in an extra winger before the end of the month in case Bukayo Saka or Gabriel Martinelli are struck down with injury.

Mykhaylo Mudryk was widely believed to be their first choice but Chelsea pipped them to the big-money deal by offering Shakhtar Donetsk more favourable payment terms.

JUST IN: Tottenham hero admits surprise at signing that Conte ‘does not want’

Although Arteta finally has his new winger, Trossard may have left his new boss scratching his head by claiming that his preferred position is just behind the striker. “It helps me that I’m versatile and that I can play in different positions,” he explained.

“They’re looking forward to working with me and vice versa. I’m really excited to work with them and I think Mikel is a top coach. I like to be in the pocket behind the striker. On the wings, I can explore myself as well. I’m comfortable in either of those positions but if I were to choose, behind the striker – but it all depends on the system.”

The central attacking midfield role is currently occupied by Odegaard, 24, who was handed the captain’s armband in a major vote of confidence during the summer. Since then, his performances and output have improved immensely with 13 goal contributions in 17 Premier League matches so far this campaign.

Trossard is on a hot streak of his own with seven goals in 16 this term, but he may have to settle for a spot out wide if he hopes to get regular minutes at the Emirates. The starting spots held by Saka and Martinelli are presumed safe but Arteta may eventually need to rotate when the fixture schedule becomes more congested.

“[Trossard] is certainly a good squad player,” Arsenal legend Ray Parlour told talkSPORT. “He is not going to be playing in front of Saka and Martinelli at the moment. [Emile] Smith Rowe is on the bench as well, another quality player.

“If you look at Manchester City’s bench, it is littered with unbelievable players, whereas if you look at Arsenal’s bench, it is totally different. I think they needed someone. Arsenal were always looking for a winger, and Trossard popped up with a hat-trick against Liverpool at Anfield earlier in the season. I think he is a decent signing.”