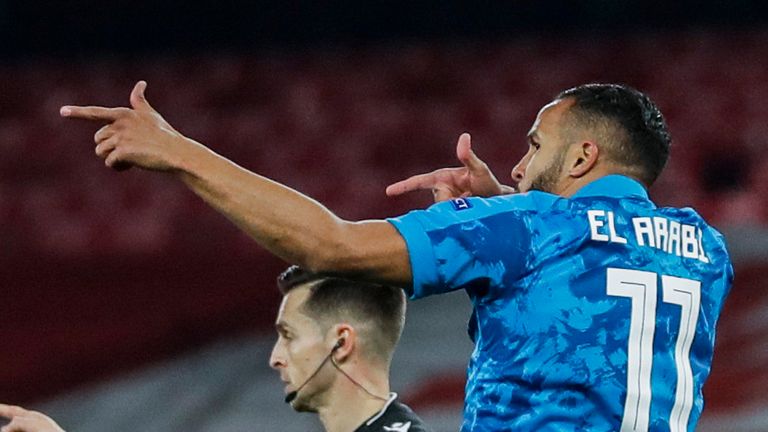 Report as Pierre-Emerick Aubameyang misses glut of chances as Arsenal see out nervous second half to reach Europa League quarter-finals; follow the draw live on Sky Sports digital platforms on Friday from 1pm 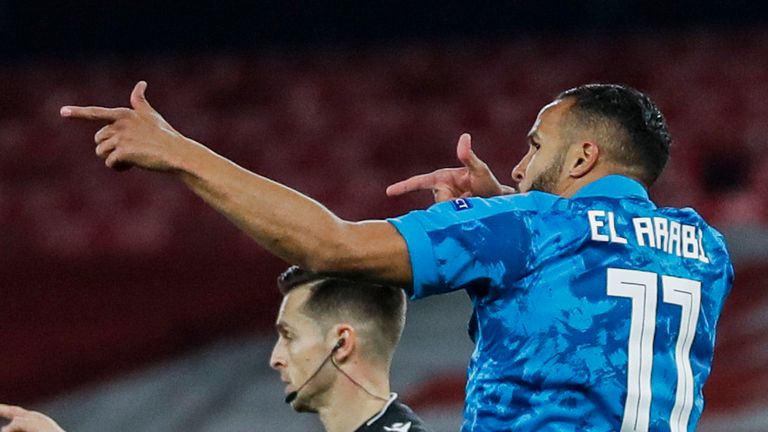 Another Youssef El-Arabi goal was not enough to overturn a first-leg deficit as Arsenal reached the Europa League quarter-finals with a 3-2 aggregate win over Olympiakos.

El-Arabi, whose extra-time winner in last season’s competition dumped Arsenal out of the tournament, scored via a deflection six minutes after half-time to give the Greek side a 1-0 win on the night at the Emirates Stadium.

Arsenal’s defeat followed a poor second-half performance after a relatively untroubled opening 45 minutes where Mikel Arteta’s side looked to consolidate their two-goal advantage in the tie, and should have added to it through Pierre-Emerick Aubameyang, who blasted over when well-placed.

El-Arabi’s finishing was also off when he fired straight at Bernd Leno before he found his shooting boots for the only goal of the night, to give Olympiakos realistic hope they could knock Arsenal out for a second straight year.

But once Ousseynou Ba was sent off for two bookings within 10 seconds of one another, for fouling Gabriel Martinelli and then throwing the ball at him, their glimmer of hope faded, and Mikel Arteta’s side survived a scare to reach the last eight.

Arsenal’s short trip to West Ham is live on Sky Sports Premier League this weekend, as part of Super Sunday from 2.30pm; Kick-off at 3pm.