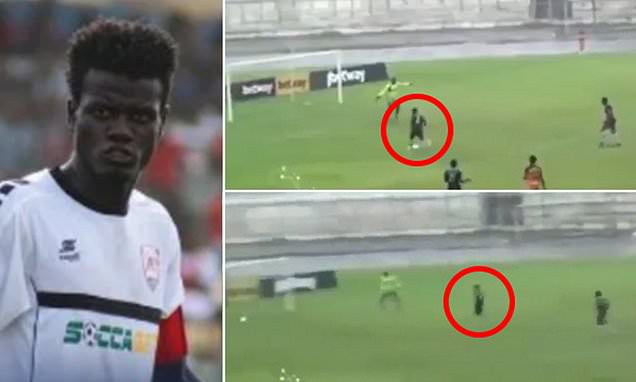 Are these the most bizarre own goals EVER? Ghana Premier League player deliberately puts the ball past his own keeper twice in quick succession – before claiming he was foiling a suspected match-fixing plot – and insists his team CONGRATULATED him

A Ghana Premier League player has claimed he scored two deliberate own goals in an attempt to foil a suspected match-fixing plot – and has insisted his team congratulated him for spoiling the ‘pre-agreed’ scoreline.

Inter Allies defender Hashmin Musah came on for Inter Allies against Ashanti Gold with the score at 5-0 and scored two own goals in the final 12 minutes before being subbed off as the match finished 7-0 on the final day of the season on Saturday.

And centre-back Musah reportedly confessed to Kumasi FM that he did score the own goals – which have gone viral on social media – intentionally, in order to ruin what he believed was a pre-arranged result for betting reasons. 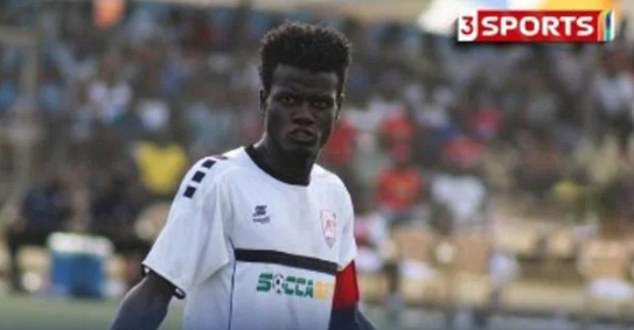 ‘I heard it in our hotel that a bet had been made for a correct scoreline of 5-1 against my club Inter Allies. I decided to spoil that bet because I don’t condone betting.’

Ghanaian sports journalist Saddick Adams tweeted the remarkable goals with the caption: ‘The craziest own goals ever in the history of football. Ashgold 7 vs 0 Inter Allies. Ghana Premier League smh (shaking my head).’

However, in a club statement on Monday Ashanti Gold denied they were part of any attempt to fix the scoreline of the match, and threatened legal action against those putting forward those allegations.

It said: ‘We wish to unequivocally disassociate (ourselves) from any wrongdoing. Ashanti Gold played competitively in the entire duration of the game, with our players scoring five great goals through hard work and team effort.

Musah (second left) claimed he scored the own goals to foil a suspected match-fixing plot, having reportedly heard in the hotel that a score of 5-1 to Ashanti Gold had been pre-agreed

‘We have no idea as to why the opponents’ player scored two own goals after we were up by five goals. We demonstrated throughout the game we were determined to play to the best of our abilities, and not to play to any pre-determined score line.

‘We therefore vehemently disassociate ourselves from any match-fixing and wish to urge all persons and organisations wrongfully accusing the club of match fixing to desist from that, as we won’t hesitate to take legal actions against such parties.

‘As a renowned sporting brand, we have always believed in fair play and would continue to act in the good interest of the game.’

Meanwhile, the Ghanaian FA have said they will investigate the matter further, and have asked for relevant information to help their probe, as well as speaking to both clubs.

A statement on their website read: ‘The Association will lodge a complaint on the match with the Criminal Investigation Department of the Ghana Police Service and the Ghana wing of Interpol for the criminal investigation of the game.’

July 20, 2021 Soccer Comments Off on Are these the most bizarre own goals EVER?
NFL News