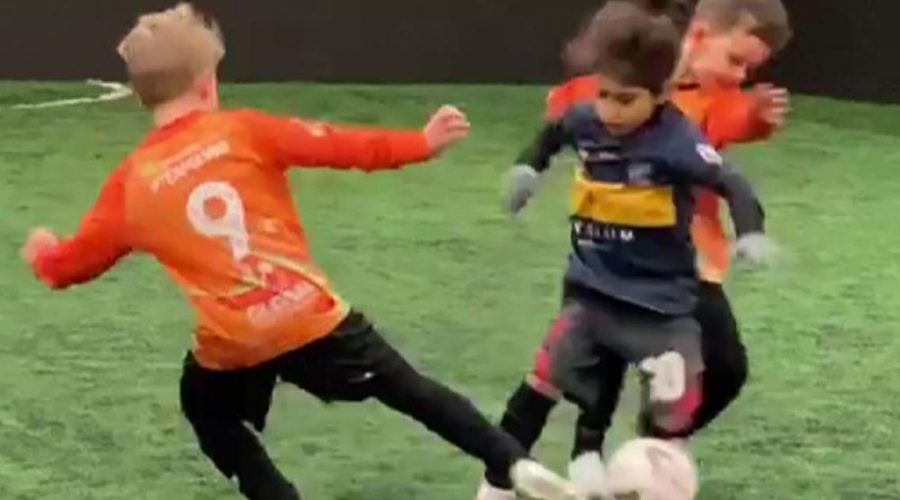 Arat Hosseini appears to be living up to his tag of ‘little Lionel Messi’ after another video surfaced of the Liverpool academy star showing off his skills on the junior pitch.

Arat has gone vital numerous times by showing off his tricks both and and off the pitch.

The seven-year-old was born in Iran but is believed to have moved to England when he was five, where he joined the Liverpool academy.

Arat has been seen in various Reds shirts while showing off his fancy footwork.

However, his greatest achievement appears to be online, where he has racked up a quite incredible 4.6 million followers, including the likes of boxing champion Anthony Joshua and Manchester United legend Rio Ferdinand.

And it was on that very account, run by his father, where he yet again showed why Liverpool fans should be excited about what is to come.

A few of his most recent clips on social media show Arat dribbling past various other children with quite exceptional ball control, before slotting the ball into the back of the net. If that doesn’t scream Messi, what does?

His long hair could also be seen as some kind of nod to Messi’s as a youngster when he first broke through at the Nou Camp.

Arat's father, Mohammed, recently revealed the lofty ambitions he and his child have set to ensure they achieve his full potential.

“Arat wants to be the best player in the world," Mohammed told FIFA.

"I’m sure he’ll become a great player. He’s very talented and self-motivated. It’s a long journey and we’ll maintain our focus to achieve our goal. He’ll be the youngest player to appear at the World Cup.

"We’re thinking about the future and the steps we can take. Nothing will stop us. Arat loves school and football.

"He’s currently training with the Liverpool FC Academy and wants to be the best player in the world. So I’m doing all I can to help him."