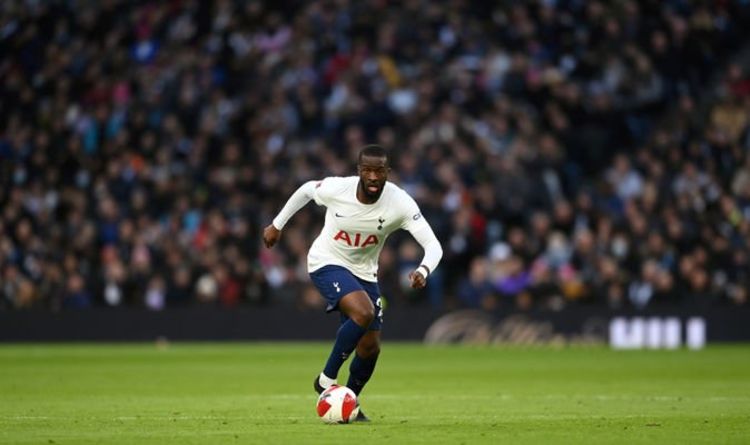 Tottenham manager Antonio Conte could have sent Tanguy Ndombele another sign that his days at the club are numbered after the Italian recalled midfielder Jamie Bowden from his loan spell with Oldham. Speculation continues to surround Ndombele, with the France international failing to impress during his time in north London.

Ndombele was handed just his third start under Conte on Sunday as he lined-up in midfield for Spurs’ FA Cup encounter with Morecambe.

But he was hauled off with just over 20 minutes remaining as Tottenham found themselves 1-0 down.

Ndombele took an age to leave the pitch, with star striker Harry Kane appearing to signal for him to hurry up.

The midfielder refused to even glance at his manager as he left the pitch and headed straight down the tunnel.

He was then booed by some fans for his reaction after being replaced.

MUST READ: Steven Gerrard tipped to sign Philippe Coutinho a partner in crime

And Conte is likely to be angry that the player didn’t act more professional as Oliver Skipp took his place.

Ndombele arrived at Spurs in the summer of 2019 after the north Londoners shelled out a club record £53.8million to acquire his services.

But his form has been inconsistent at best and he has failed to live up to expectations.

He is said to have had a tense relationship with each of his managers at Tottenham and has been in and out of the team under all of them.

Ndombele, who has been capped seven times by his country, has played 91 times for his current team and has racked-up 10 goals and nine assists.

He was linked with the likes of Juventus and Bayern Munich last summer as he looked set to quit the Premier League.

And, according to Sky Sports, Tottenham have this month held talks with the 25-year-old over a departure from the club.

The Frenchman is apparently unhappy at Spurs but still has three-and-a-half years remaining on his contract.

Bowden, meanwhile, will give Conte another option in the centre of the pitch after impressing in League Two.

The 20-year-old made 25 appearances for the Latics, who are struggling at the bottom of the table.

The Ireland under-19s international found the back of the net in a 2-1 defeat to Exeter City in November and also racked up five assists during his time in the north.

Bowden, who came through the Spurs academy, is yet to make his first-team debut for the Premier League club, although he has appeared 37 times for their under-23s side.