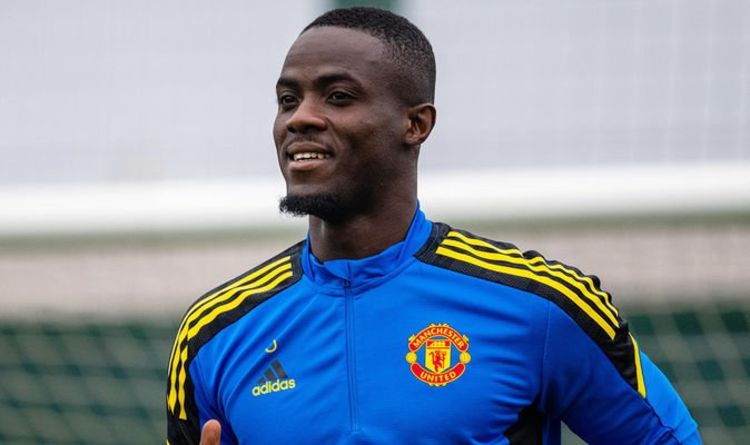 Tottenham boss Antonio Conte has held discussions with the club about signing Manchester United defender Eric Bailly, reports say. Bailly has been out of favour at United so far this season. The Ivory Coast international has played just 45 minutes of football in the Premier League this term.

The 27-year-old has often been hampered with injury problems since joining United over five years ago.

Bailly has made just 17 Premier League appearances in the last three seasons.

But, according to Duncan Castles, Conte is a fan of the defender.

Speaking on the Transfer Window podcast, Castles says an offer is yet to be made by Spurs for Bailly.

But Conte is interested in a January swoop on Old Trafford.

Castles said: “One of the individuals they’re in discussion about, although as I understand it no offer has been made at this point, is Manchester United player Eric Bailly.

“He’s someone who Conte likes and was looking at as a possible recruit at Inter.

“He is obviously one of the players who got the roughest handling from Ole Gunnar Solskjaer, extremely unhappy with the way he was treated by Solskjaer, felt that it was ridiculous that Harry Maguire and Victor Lindelof were continually selected ahead of him, almost regardless of what they did on the pitch.

“He actually expressed that after the Leicester City defeat.”

Castles says it will be harder for Spurs to sign Bailly following the departure of Solskjaer at United.

“It’s not as straightforward now because Solskjaer’s gone,” he added.

“Bailly is not pushing for a move away, he wants to prove himself at Manchester United, he looks at the players there and believes he is better than at least two of the regular starting centre-backs and now will see if he can get the opportunity under a new coach.”

“One of the things he’s asking for in January is not one, but two starting centre-backs,” Castles said.

“At the weekend [Conte] started with Japhet Tanganga and Ben Davies in a back three, either side of Eric Dier, ahead of Davinson Sanchez and Joe Rodon.

“Conte feels it’s fundamental to improve at centre-back and get his five-at-the-back system working properly.”