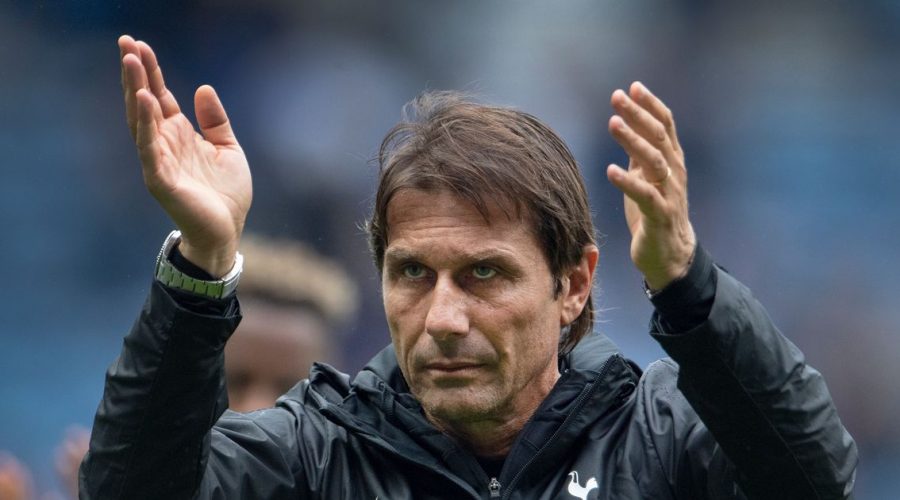 Ex-Chelsea striker Michy Batshuayi has blasted Antonio Conte for "fooling" him with a promise to play him alongside Diego Costa.

Brought to Stamford Bridge by Conte in 2018, the Blues forked out a cool £35million to pry him away from Marseille, after rattling in 33 goals in 78 appearances for the Ligue 1 outfit. However, the Belgian international failed to nail down a first-team spot at Chelsea due to the blistering form of Diego Costa.

Shunted out the door on several occasions, Batshuayi was loaned out five times during his six-year stay in west London, the 28-year-old finally seal a permanent switch this summer, joining Turkish giants Fenerbahce.

Now able to reflect on his disappointing stint in the Premier League, Batshuayi believes he was continually "fooled" by his former manager.

"Conte was constantly contradicting himself," the Belgian told Dutch outlet Sport. "To start with my arrival. He called me and explained his project. He wanted me to play in a two-man frontline alongside Diego Costa.

"Did I believe that? Of course, because Conte has played with two attackers all his career. Except at Chelsea with me. I'm sure we would have had a fantastic season together, but hey, Chelsea have won the championship so what can I say?

HAVE YOUR SAY! Is it right to call Michy Batshuayi a Chelsea flop? Let us know in the comments section.

"Look, those are my frustrations. But since the club is running well, I have to keep quiet. Otherwise, I'm the bad apple that only thinks about itself… The truth is I've been fooled far too many times."

Known for his preference for three central defenders, Conte had utilised a 3-5-2 formation to great success at Juventus and Italy but instead opted to deploy a 3-4-3 in west Londoners, following a 3-0 defeat away at Arsenal. The Emirates mauling proved a decisive turning point in Chelsea's season as the Blues won their next 13 consecutive matches in the Premier League.

Dropping just 13 points from October 1st, Conte's winning methods could hardly be questioned by Batshuayi – the "problem" was Diego Costa.

He added: "As far as I'm concerned it's clear: the problem was Diego Costa. That was never up for debate. I don't think there was a single player at that time who could have kept him out of the squad.

"In my second season I played an excellent preparation and then Álvaro Morata came from Real Madrid. So that became difficult again… And yet I scored every time I was in the team.

"It may be strange to say, but the squad was so strong that it was easy to score goals. When you play with such top players, everything becomes easy."

September 23, 2022 Soccer Comments Off on Antonio Conte accused of ‘fooling’ player and signing him under false promises
NFL News