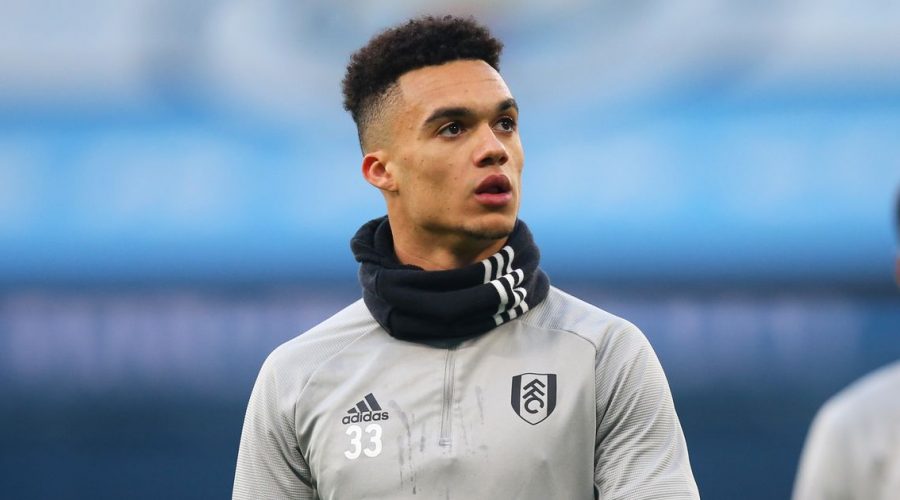 Antonee Robinson is ready to secure a long-term starting role in the United States national team by impressing in their upcoming friendlies – before helping Fulham to Premier League safety.

The Milton Keynes-born USMNT defender is looking to set-up an extended career at the highest level both internationally and domestically by ending the season on a double high.

Robinson is eligible to represent The Stars and Stripes thanks to his father’s nine-year stay across the pond which allowed Marlon to secure U.S. citizenship for himself and his children.

The 23-year-old ended any doubt over his international future by turning down England's Under-21 invitation in 2018, and has gone on to make eight senior outings as the 2026 World Cup draws ever closer.

At club level, Robinson did enough at Wigan after leaving Everton to earn a move to newly-promoted Fulham, and has shown glimpses of his ability with an eye on a concrete first-team birth.

Speaking to the media before friendlies against Jamaica and Northern Ireland, Robinson has outlined his experience in battling relegation and why it feels different this time around.

He said: “I’ve been in relegation fights for pretty much my whole mens career.

“Obviously I started with Bolton and then had two seasons with Wigan which was tough as well, but with Fulham I feel like it’s slightly different.

“At the start of the season we were getting written off pretty early, everyone outside the team felt they we were certain to go down. I personally, and lot of the team, we never felt like that.

“That seems to be bearing fruit at the moment, unless it is impossible for us to stay up we will keep fighting towards staying up.

“Whether it comes [getting out of the bottom three] over the next few games or on the final day against Newcastle, then we have to battle and that’s what we will do.”

First and foremost for Robinson, he will be doing his best impress USMNT boss Gregg Berhalter in a squad that includes Sergino Dest, Christian Pulisic and Giovanni Reyna among others.

"I think ultimately all the players that are being called, the guys over from the MLS and the European-based players, we all share the same same goals,” he continued.

“That we want to win trophies, we want to change the way that the world sort of views American soccer.

“There are a lot of young hungry players and we're excited to try and win stuff, and a lot of time is coming off in the summer, and then qualifying afterwards. It gives us a great opportunity to showcase that."

READ MORE: Fergie's Man Utd XI from his final win and where they are now