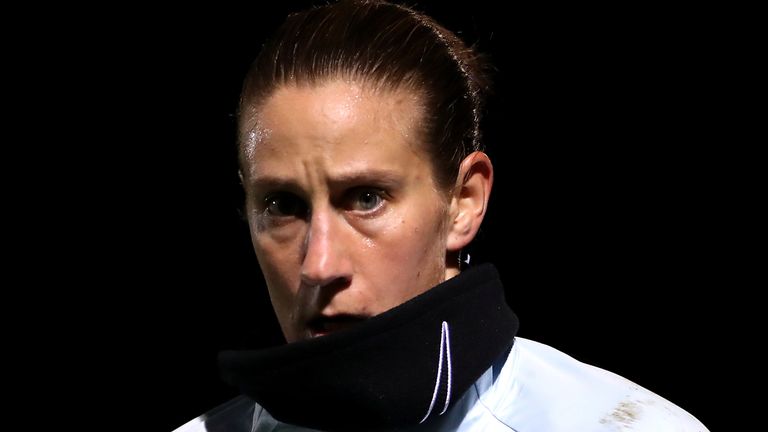 Ann-Katrin Berger believes her fight against thyroid cancer made her a better player after another impressive season with Chelsea Women.

The 30-year-old goalkeeper was diagnosed in November 2017 while at Birmingham but recovered within four months and went on to be included in the PFA Women’s Team of the Year, as well as being named WSL Players’ Player of the Year.

And since moving to Chelsea in 2019, Berger’s performances have lead to even more rave reviews with Chelsea boss Emma Hayes recently lauding here as ‘the best in the world.’

However, it could have been so different if the cancer diagnosis hadn’t resulted in the Germany international learning to enjoy the game more.

Speaking exclusively to The Women’s Football Show, Berger said: “It was not a good diagnosis and was a hard time.

“But I think for my career it was a good thing as I came out of it stronger than ever.

“So in some ways, it was good as the threat of having it taken away from me made me enjoy football more.”

Watch the next episode of The Women’s Football Show on Friday, May 7 at 6pm on Sky Sports Football.

May 2, 2021 Soccer Comments Off on Ann-Katrin Berger: Chelsea goalkeeper says thyroid cancer fight made her a better player
NFL News