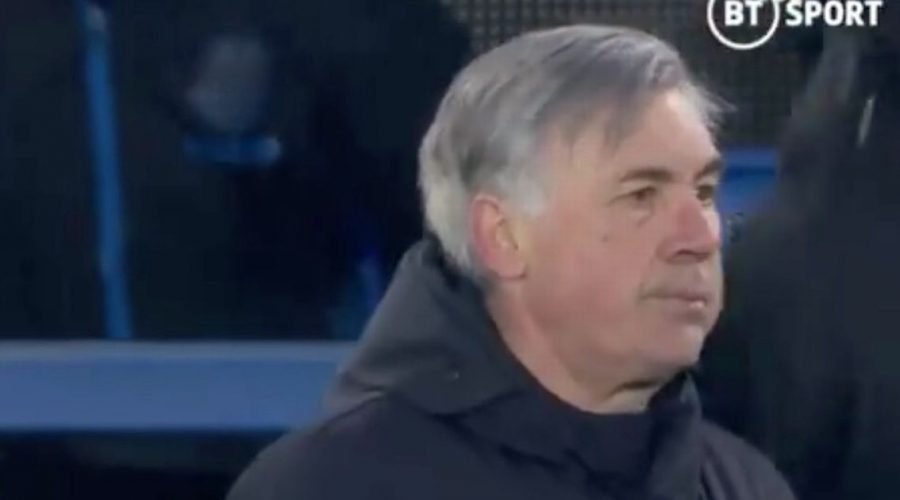 Carlo Ancelotti was the coolest man in Merseyside, despite his Everton side winning an FA Cup tie for the ages against Tottenham.

Bernard's sublime extra time strike was the decisive blow in a 5-4 thriller with Spurs that will live long in the memory.

Erik Lamela would get one back before the break, before Sanchez grabbed his second just before the hour mark, only for Richarlison to complete his brace 10 minutes later.

And while the Toffees players were celebrating wildly, manager Carlo Ancelotti, who has won almost everything the game has to offer, was seen simply blowing on his hot cup of coffee.

Few could blame him for wanting to get some warmth, with temperatures dipping below 0°C, but his aura of calmness showed just what the former Milan boss has brought to the club.

Despite his seemingly cool response to the goal, his assistant Duncan Ferguson – known for more passionate celebrations – admitted the FA Cup is the one they really want to win this season.

"It was an exciting game," he told the BBC. "Tottenham started better than us and got the lead but we got ourselves back into the game.

"At 3-1 you're thinking 'get to half-time at 3-1' and then they score to put us on the back foot. Exciting game, fantastic.

"It's 25 years since we won the FA Cup. It would be great to get to the final. It keeps your season going. We want to do well in the Premier League but the FA Cup is the one we want."