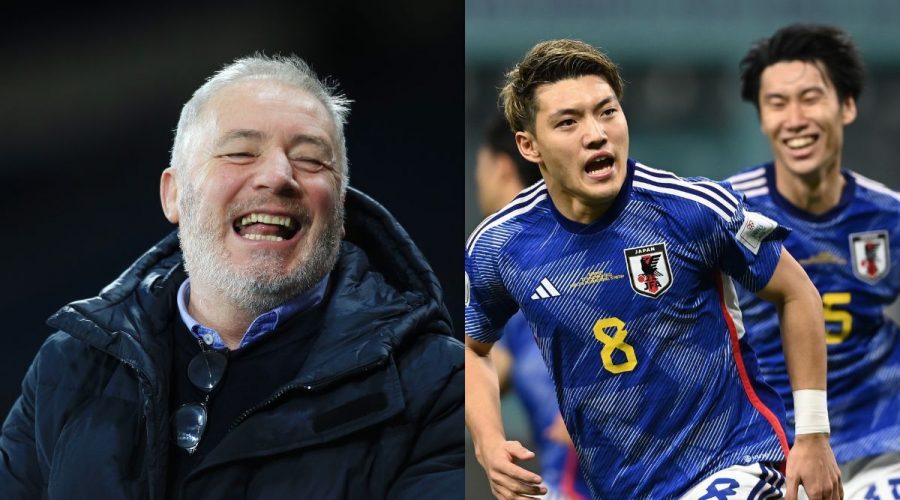 Gary Lineker hits out at BBC over past World Cup coverage

A FIFA steward shushed ITV1 commentator Ally McCoist live on air after Japan’s Takuma Asano fired his nation ahead late on against Germany in their shock World Cup win on Wednesday afternoon. McCoist was told to simmer down whilst passionately reacting to Niklas Sule’s poor defending around furious German reporters.

Ilkay Gundogan fired Germany ahead with a first-half penalty. However, Hansi Flick’s side weren’t convincing, and Japan cashed in on their momentum as Ritsu Doan beat an inspired Manuel Neuer just four minutes after coming on. Fellow substitute Asano latched onto an 83rd-minute long ball to fire net a stunning winner.

McCoist was on commentary with Sam Matterface for ITV1’s broadcast, and both were in disbelief after Japan fought from behind to start their World Cup campaign in style. But McCoist’s reaction was characteristically passionate, and sharp-eared viewers could hear him get told to quieten down after blasting Sule’s defending and hailing Asano’s strike.

He reacted, getting louder by the sentence: “Oh, unbelievable, unbelievable. Ohhh – what is Sule doing on the right-hand side? I can’t believe his positioning, playing him onside. But it’s brilliant. Oh! What a finish it is! Brilliant run, brilliant touch, right into the roof of the net. I mentioned it before. He’s looked lively since he’s come on. What!

JUST IN: Germany star Rudiger made to look silly as Japan showboating backfires

For the latest news and breaking news visit: express.co.uk/sport/football
Stay up to date with all the big headlines, pictures, analysis, opinion and video on the stories that matter to you.
Follow us on Twitter @dexpress_sport – the official Daily Express & Express.co.uk Twitter account – providing real news in real time.
We’re also on Facebook @dailyexpresssport – offering your must-see news, features, videos and pictures throughout the day to like, comment and share from the Daily Express, Sunday Express and Express.co.uk.

November 23, 2022 Soccer Comments Off on Ally McCoist shushed by FIFA security live on air at Germany vs Japan
NFL News