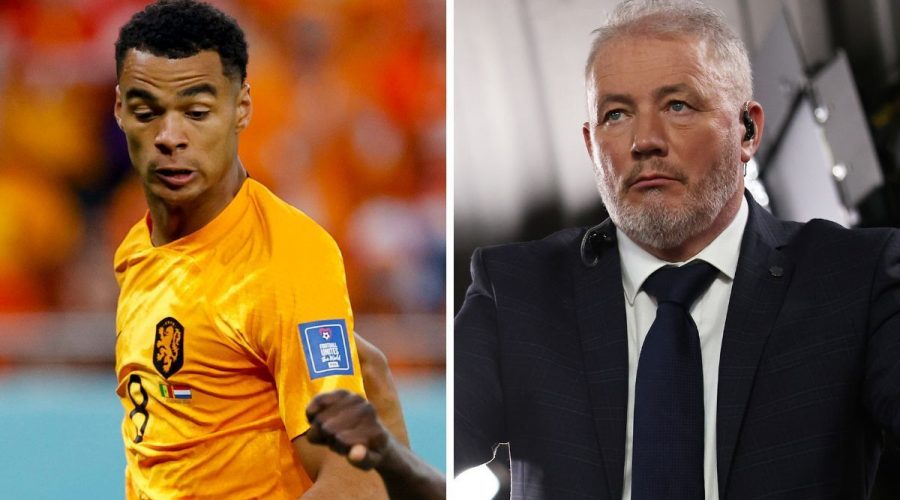 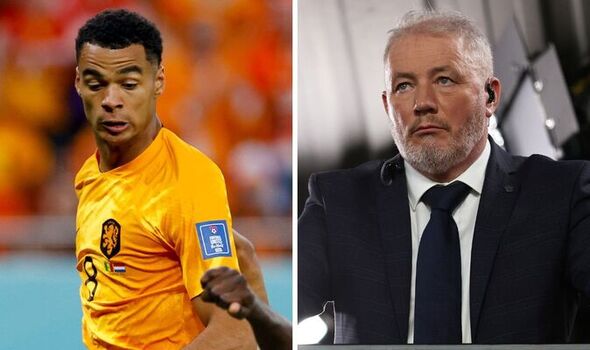 Ally McCoist admits he’s not “100 per cent convinced” by Cody Gakpo with Manchester United reportedly leading the race for his signature. Gakpo was lining up for the Netherlands in their World Cup opener against Senegal.

Gakpo was a surprise pick for the Netherlands’ squad in last year’s European Championships when he came off the bench for just one appearance in the group stage. The Dutch star broke through the ranks at PSV as a teenager and quickly established himself as a first-team regular.

He impressed in the Eredivisie last term, scoring 12 goals as well as providing 13 assists. And Erik ten Hag was strongly linked with bringing the highly-rated forward to Old Trafford.

A deal never materialised, but United are expected to reignite their interest in the New Year. Recent reports have suggested that PSV are willing to listen to offers in January with the Dutch side said to be asking for a fee in the region of £40million.

Gakpo’s main aim for now will be to try and impress on the global stage for his country at the World Cup. And he was handed his first start for the Netherlands in a major tournament for their World Cup opener against Senegal.

But while McCoist is assured that the 23-year-old certainly has some talent, he didn’t see much in the opening 45 minutes to believe the hype. “I know there’s a player in there, but I’m just not 100 per cent convinced,” McCoist said on commentary on ITV.

Gakpo admitted last month that he spoke with Ten Hag over the summer regarding a move to United. He indicated at some regret that a move never materialised, hinting at his hope of a deal being resurrected in the near future.

“It ended about a week before the end of the transfer window and in that week I had to decide if I would go to Leeds or Southampton. In the end I stayed, but it was a stressful period.”