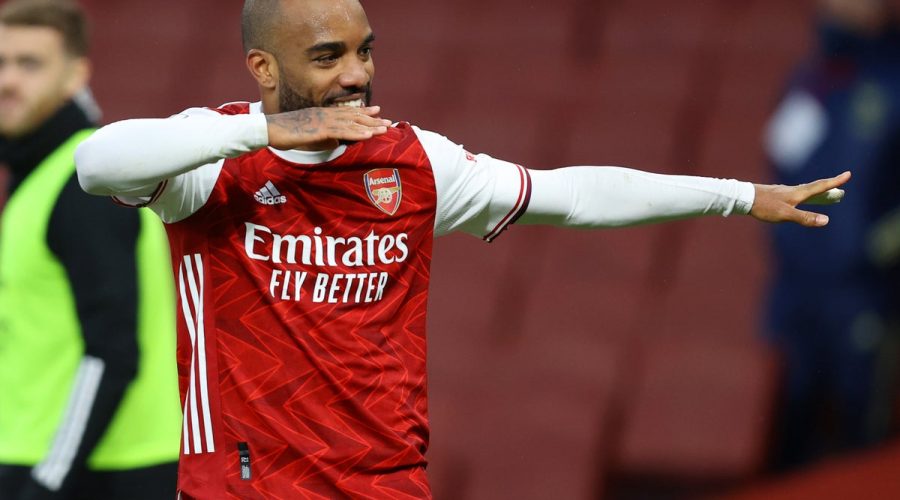 Arsenal manager Mikel Arteta has said Alexandre Lacazette’s future at the club will be discussed at the end of the season.

The France striker has been linked with a move away from the Emirates this summer, when he will enter the final year of his contract with the Premier League side.

Roma, Sevilla and Atletico Madrid are said to be interested in signing Lacazette, who turns 30 in May, and Arteta has welcomed the speculation surrounding the striker, which he said was a credit to his recent form.

“I am always happy when people talk about our players and speculate on that. It means they are doing well and getting attention from other club,” Arteta told a press conference ahead of Saturday’s match against Liverpool.

“The situation with Laca will get addressed in the summer. I will speak to him and just propose a future that we want and that’s it. Now I just want players focused and only focused on performing and getting the best out of them for the team.”

Asked whether Arsenal would consider offering Lacazette a new contract this summer, rather than risk losing the striker for free the following year, Arteta said it could depend on what level of European competiton they are playing in next season.

Sitting ninth in the Premier League with nine games to go, Arsenal face a battle to qualify for Europe next season but could gain entry by winning the Europa League.

Arteta confirmed that Buyako Saka and Emile Smith Rowe are injury doubts for the visit of Jurgen Klopp’s Liverpool, who are four points and two places above the north London side.