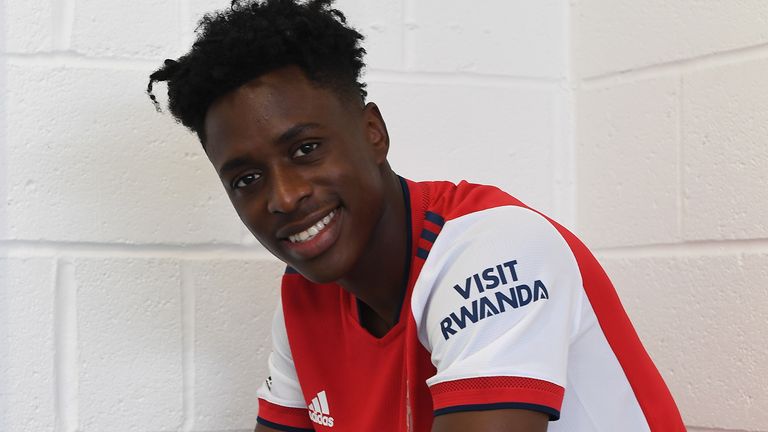 Anderlecht sporting director Peter Verbeke is sure Arsenal have made a good signing in young midfielder Albert Sambi Lokonga and expects him to emerge as one of the Premier League club’s leaders.

Lokonga was confirmed as an Arsenal player on Monday, joining Nuno Tavares as a new arrival to kick off what could be a busy summer of transfer business for the Premier League club.

The 21-year-old had spent his entire career until now with Anderlecht and Verbeke, who arrived at the club in March 2020, saw plenty of improvement in him during the time they worked together, talking positively of the way he had developed into a leader at such a tender age.

Speaking to Sky Sports News chief reporter Bryan Swanson, Verbeke said: “Sambi is of course a very good player. He’s one of the top talents coming from our academy. He can play as a defensive midfield player, he can play as a box-to-box player and, especially the last two seasons at the club, he has developed really well.

“He’s someone who is good on the ball, his technical ability in tight spaces is really good. Good short passing, good long passing. He’s always been a late developer so it’s only in the last season that his physical development really came into place.

“It means now he has the qualities to be able to recover more balls, he’s better in duels and that’s why I think he could develop in a role as a defensive midfielder for Arsenal in years to come. 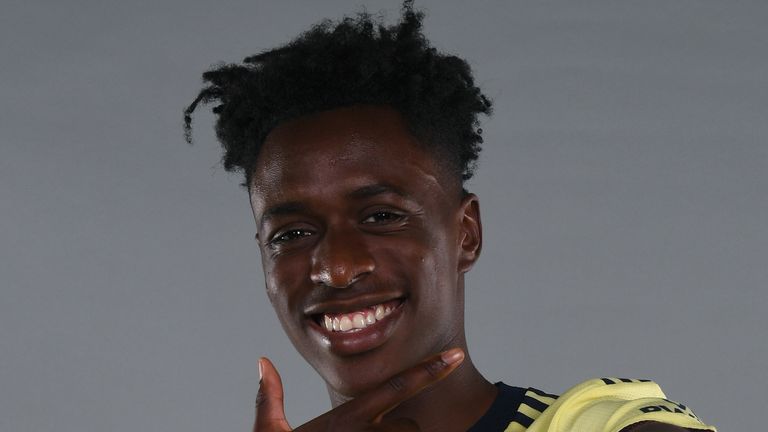 “Of course he still has some working points; he needs to get better statistics as a box-to-box and needs to be a little bit tougher in duels as a defensive midfielder, but he already did really well last season and I expect him only to do better in the next season.

“I think Arsenal made a good decision on him and I think he is going to be a top player for Arsenal in the years to come.”

Verbeke feels Lokonga could become the next Belgian player to impress in the Premier League, where he follows in the footsteps of some famous players including his former Anderlecht head coach Vincent Kompany.

And for someone with fewer than 70 top-flight games under his belt, Verbeke believes Lokonga’s leadership is something Arsenal could see a long-term benefit from.

He added: “Sambi has been the captain of the club – a very young Anderlecht of course – but he was still a captain and a natural leader both on and off the pitch. I think he will settle in really well in the new club and because his technical ability is that good,

“I don’t think there will be any adaptation problems. Of course the Premier League is a higher level than the Belgian League but the boys who have been developed in Anderlecht like [Youri] Tielemans, and before that [Romelu] Lukaku, I think they have all settled in well. They all got a good education at the academy and I expect Sambi will do the same thing.

“He’s a very nice guy, very laid back, but very hard working in training. He’s a leader but not in an arrogant kind of way, more of a natural leader on the pitch. When things don’t go so well, he picks up his responsibility, although he’s only 21.

“There’s a step up of course, and it’s not easy, but I am pretty sure he will do well. I don’t know exactly what the Arsenal squad will look like for the next season – they will do a lot more incoming recruitment, but I think Sambi has all the technical and physical qualities to make a direct impact in the Premier League.”