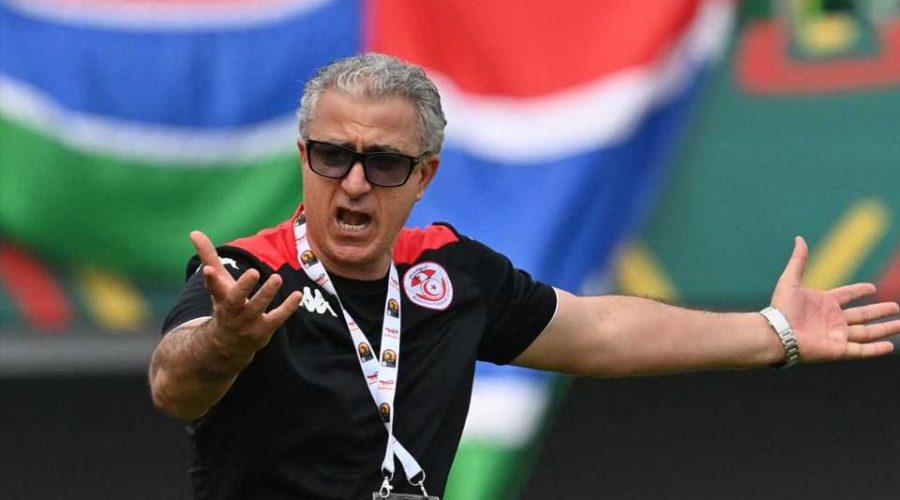 The 2022 Africa Cup of Nations group match between Tunisia and Mali ended in chaos after the referee twice opted to whistle the conclusion of the match before the 90 minutes of regulation were up.

Wednesday’s match at Omnisport Stadium in Limbe, Cameroon was a tense affair, and it ended in explosive fashion as Mali emerged from the chaos as 1-0 winners. The Group E opener also featured two penalties and a red card.

It’s unclear whether a technical glitch was to blame, but the referee opted to blow the full-time whistle early on two separate occasions before attempting to bring the teams back out for additional stoppage time, which one team refused outright.

What happened at the end of Tunisia vs. Mali?

While the first half of Tunisia vs. Mali, like many AFCON 2022 matches before it, was uneventful and ended 0-0, the second half of action was far more entertaining.

Early in the half, Mali earned a penalty after VAR review, and 22-year-old Sarpsborg striker Ibrahima Kone deposited the spot-kick to put the Eagles in front.

As the half wore on, the final 20 minutes exploded. Tunisia was awarded a penalty for a handball in the area, and Wahbi Khazri stepped up to take it. Mali goalkeeper Ibrahim Mounkoro was up to the challenge, producing a stunning diving save to keep the penalty out.

All this action is notable as we get to the events of the final five minutes of play.

In the 86th minute, the referee inexplicably blew his full-time whistle, and the Tunisia coaching staff was incensed, all pointing to their watches. The referee realized his mistake, and the match continued.

Moments later, the referee controversially produced a straight red card for Mali’s El Bilal Toure for what appeared to be an innocuous challenge. The referee went to the pitchside monitor for a video review of the incident, and replays did show Toure step studs-up over the ball and into the shin of a Tunisia player. After review, the referee stayed with his initial decision and Tunisia had a few more minutes with a man-up advantage to search for an equalizer.

But then with 89:40 showing on the clock, still seconds from full-time and not yet into stoppage time, the referee again blew his full-time whistle to end the match.

After two penalties, two VAR reviews, and a red card shown, a healthy chunk of stoppage time would not only be expected, but it would be necessary. Yet the official brought the match to a conclusion not only without any additional time, but 20 seconds prior to the full 90 minutes of regulation. The Tunisia coaching staff exploded in anger and protested for minutes, but it was to no avail. The match was over.

What is the aftermath of the controversy in Tunisia vs. Mali?

The controversy did not end there.

Some time after the final whistle blew and the teams had exited the playing area, the officiating crew realized its mistake. The referees attempted to bring the players of both teams back out onto the field.

“He deprived us of concentration,” said Tunisia head coach Mondher Kebaier after Tunisia’s 1-0 defeat, as quoted by the AFCON official website via CNN. “We did not want to resume because the players had already taken their baths, deconcentrated and demoralized in the face of this gruesome situation. “

As a result of the controversy, the following match between Mauritania and Gambia was postponed by 45 minutes.

In addition, Tunisia has lodged an official complain with the African confederation (CAF) which apparently has 24 hours to respond.

It’s unlikely that Tunisia’s complaint will garner more than a mea culpa from CAF, after the officials did make an attempt to correct the mistake. From a sporting perspective, the only possible options would be to either resume the final five minutes at a later date or replay the match in its entirety, and neither would seem like a viable option.

What caused the controversy in Tunisia vs. Mali?

While the CAF has not yet given an offical explaination for the events at the end of the match, there are some theories making the rounds.

The most sensible explaination of the issue would be a technical error or referee mistake involving the timekeeping technology in use. In short: it seems either the referee’s watch malfunctioned or he failed to use it properly. The attempted ending of the match at the 85-minute mark lends most to believe that there was some error with the referee’s timekeeping that then led to further complications at full-time.

It’s possible that during the five-minute water break that occurred earlier in the half, the referee failed to account for the additional time, which could be a simple yet plausible explaination for why the match ended at 90 minutes rather than including five minutes of stoppage time.

The expectation is that CAF will provide more clarity on the incident in short order as they work through the fallout.

January 12, 2022 Soccer Comments Off on AFCON referee chaos: Explaining what happened at the end of Tunisia vs. Mali
NFL News