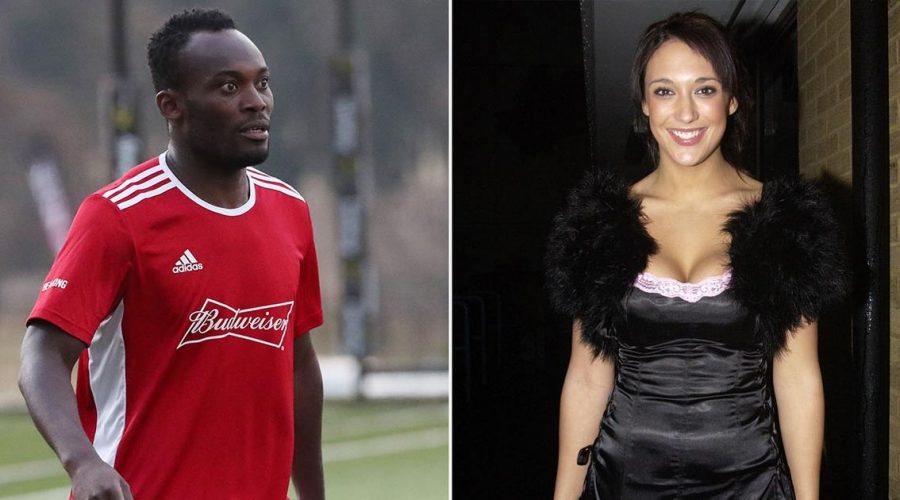 After being delayed for a year, the 2021 Africa Cup of Nations kicked off on Sunday as hosts Cameroon welcomed Burkina Faso.

One of those casting eyes on the clash will have been Chelsea and AFCON legend Michael Essien.

In 2002, Essien made his competitive international debut in the tournament when he started against Morocco.

And, after his international debut, Essien quickly rocketed to the top of football with spells at Stamford Bridge, Real Madrid, and AC Milan.

He was a fan favourite after moving to Chelsea in 2005.

But with success on the pitch came success off it, and according to reports at the time after his move, Essien once dated Cassie Sumner, a glamour model who reportedly had a 'fling' with Prince Harry.

Sumner, who claimed she had met the Prince at a nightclub, later recalled to The Mirror: "He made eye contact as I stood at the bar with friends and he invited me to join his private table.

"Lauren had left so I thought, what the hell. I plonked myself down next to him and it wasn't long before he began cuddling up to me.

"I prefer more muscles on a man. But he came across as a lovely lad who was just enjoying a normal night out like any red-blooded single 19-year-old."

However, Sumner soon reportedly started a relationship with Essien, who was based in London, according to reports at the time.

But after a split, Sumner took shots at the Ghanian midfielder: "I swore to God after Michael that I would never date another footballer.

"It took me two and a half years before I dated one again," Sumner revealed to OK!.

Now, she is married to ex-Southampton and Portuguese star Jose Fonte.

"I didn’t know José was a footballer when we met in a local bar. But José is different from other footballers I’ve met – he’s actually a nice guy!"

Sumner, who was once a Page 3 model, has since tied the knot with the Lille defender.

She was even seen posing on the pitch with Fonte and the Henri Delaunay trophy when Portugal won Euro 2016.