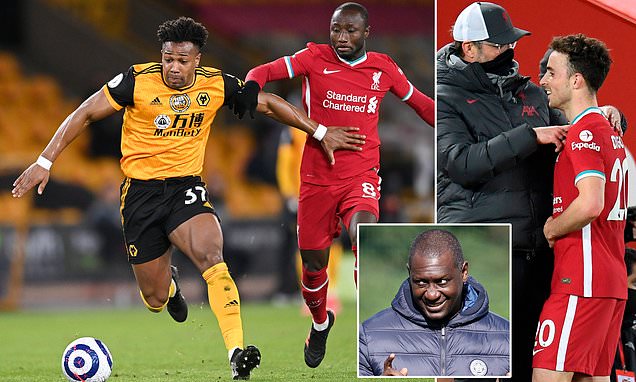 Adama Traore would be the perfect fit for Liverpool, says Emile Heskey, who insists the Wolves star could follow in Diogo Jota’s footsteps and become a success under Jurgen Klopp at Anfield

The Wolves star has long been linked with a move away from Molineux in recent seasons, with Barcelona and Manchester City interested in taking him on.

And he could be heading for the exit this summer, with Wolves willing to listen to offers for the forward as they look to reshape their squad under boss Nuno Espirito Santo, as revealed by Sportsmail. 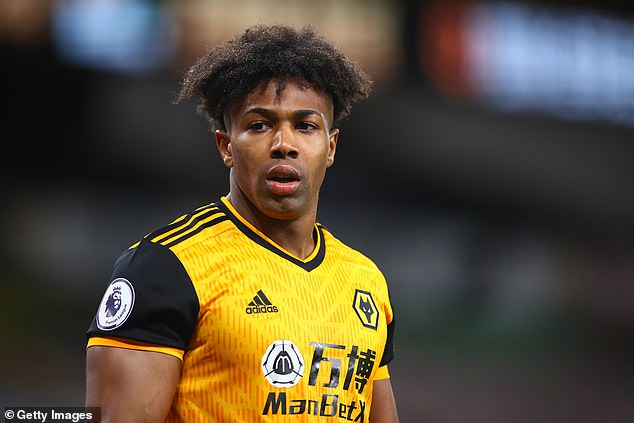 Should he become available, Heskey believes Liverpool should throw their hat into the ring, especially after the winger impressed during Wolves’ 1-0 defeat by the reigning champions on Monday night.

‘I think he suits a lot of teams but 100 per cent Liverpool,’ Heskey told the Independent. ‘If you look at last season the way Liverpool played a lot of the goals they scored, a lot of them were fast counter attacks.

‘He definitely comes into that bracket, again there’s no reason why you can’t have competition in several positions.’

Heskey isn’t the only one to have heaped praise on the pacy Spaniard. 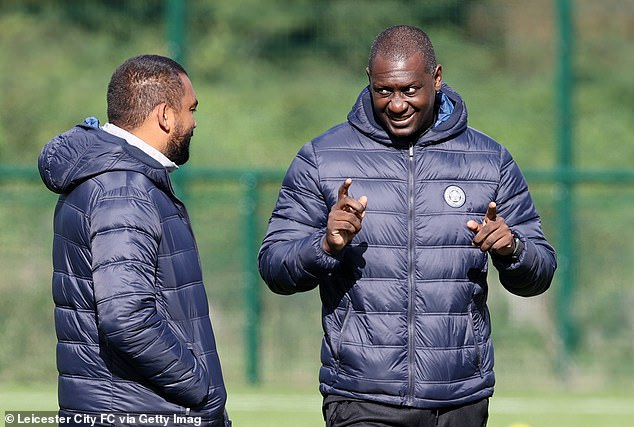 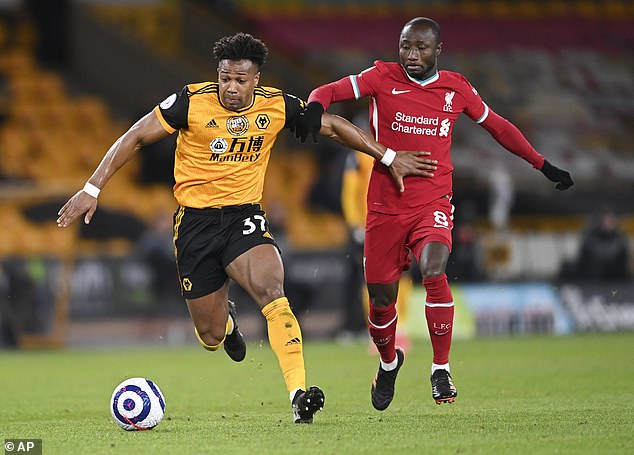 Klopp said after the game: ‘What a player – it’s not only him but he’s so good. The speed of Traore is actually undefendable.’

Should a move come to fruition, Traore would be following in Diogo Jota’s footsteps in leaving Wolves to join the Merseyside outfit.

Wolves sold Jota to Liverpool for up to £45m and would be looking for a similar sum for Traore, who hopes to be in Spain’s squad for Euro 2020. 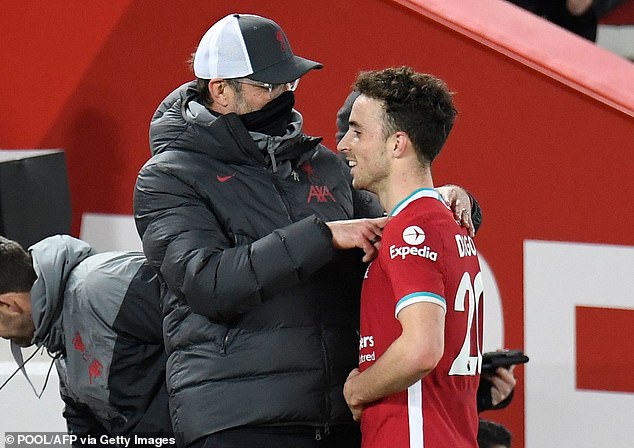 The Portuguese winger has fit in seamlessly and is now fighting for a starting spot in Klopp’s side following a long injury lay-off.

However, Traore will need to start boosting his goals and assists tallies if he is to have any hope of displacing the likes of Sadio Mane or Mohamed Salah at the club.

The 25-year-old has made 122 appearances for Wolves since joining in 2018, but the winger only has eight goals and 16 assists to his name.

March 18, 2021 Soccer Comments Off on Adama Traore would be the perfect fit for Liverpool, says Emile Heskey
NFL News