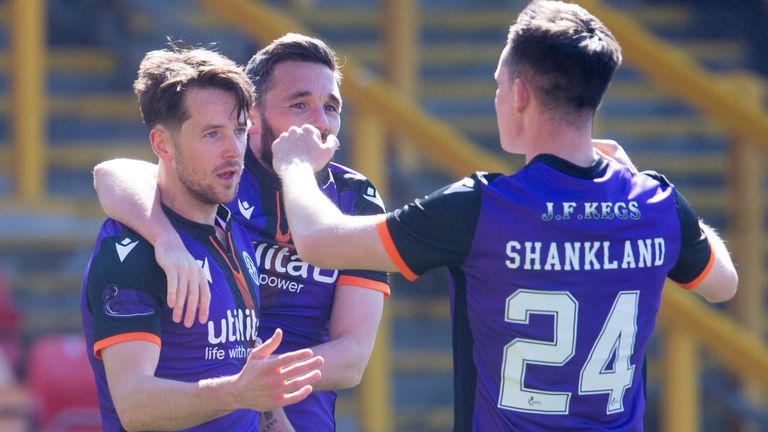 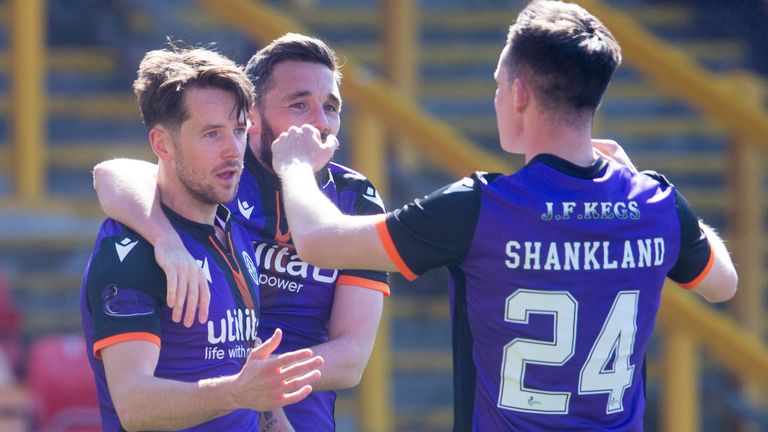 Dundee United cruised into the Scottish Cup semi-finals with a 3-0 demolition of Aberdeen at Pittodrie.

Striker Marc McNulty drove the high-tempo Tangerines ahead in the 17th minute before defender Ryan Edwards headed in a second after 37 minutes, and the interval lead could have been more.

The home side, passive in the first half, were initially more aggressive after the break but McNulty, on loan from Reading, grabbed his second following a slick break in the 54th minute to extinguish any hope of an unlikely Dons revival.

It was the Tayside club’s first Scottish Cup win at Pittodrie and will be their first semi-final appearance in the tournament since 2016.

It was also a first defeat for Stephen Glass in his third game in charge of the Dons and he will now turn his attention to catching third-placed Hibernian in the Premiership.

Aberdeen, with 17-year-old right-back Calvin Ramsay in for the injured Ross McCrorie, were first to threaten. 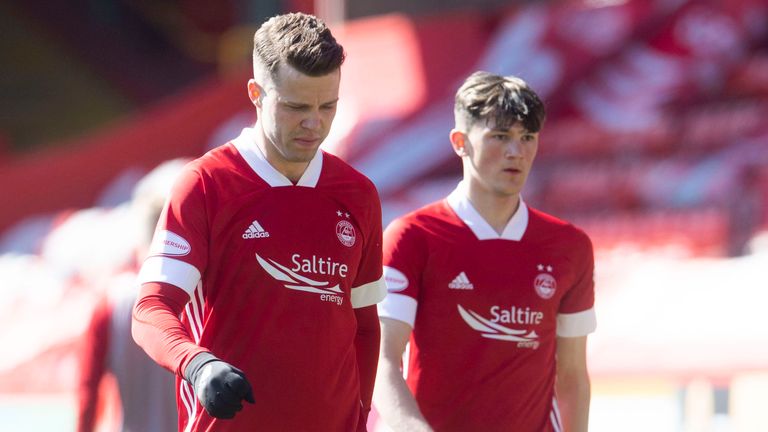 Striker Callum Hendry drove high over the crossbar from a Jonny Hayes cross in the eighth minute.

United goalkeeper Deniz Mehmet then made a double save, first from Matty Kennedy’s drive from the edge of the box before deflecting Hendry’s angled drive from the rebound over the bar with his legs.

After that, the Terrors took over.

Edwards, Mark Reynolds, Calum Butcher, McNulty, Nicky Clark and Lawrence Shankland all started after being left out in midweek against Kilmarnock and the attacking trio were all involved in the opener.

After Aberdeen attacker Florian Kamberi lost possession with a heavy touch, Clark moved the ball quickly to Shankland and he set up McNulty to beat goalkeeper Gary Woods with a fine finish, stunning the home side. 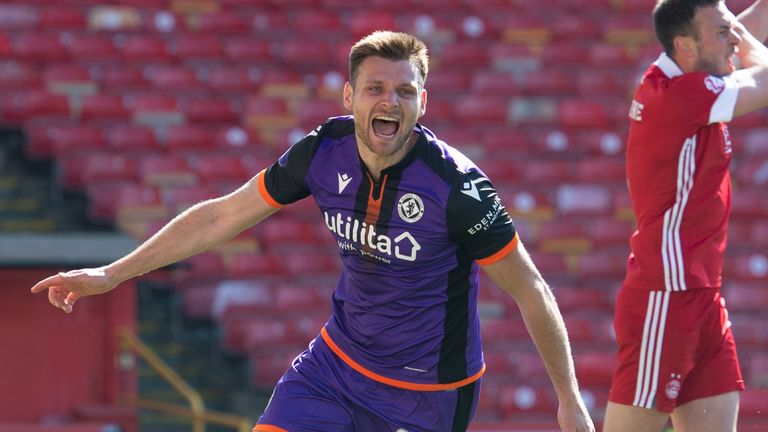 United opened up the Dons defence once again shortly afterwards and midfielder Ian Harkes was only inches away from reaching McNulty’s cross at the back post.

Midfielder Jeando Fuchs raced onto a Reynolds pass and drove straight at Woods before Clark struck the outside of a post with a curling shot from the edge of the box.

The home side were in disarray. The second goal appeared inevitable and it came after Aberdeen’s Dean Campbell barged McNulty to the ground on the right. Clark’s free-kick into the six-yard box saw Edwards rise unchallenged to bullet a header past Woods.

After Mehmet tipped an Andrew Considine header over the bar United should have scored a third, but McNulty screwed his angled drive wide of the far post.

Aberdeen had it all to do and started the second half with more determination and a series of crosses had to be repelled.

However, McNulty punished them again when he played a one-two with Harkes and ran away from defender Tommie Hoban before slipping the ball under Woods to effectively kill the tie.

Mehmet made a save from a Niall McGinn drive and Aberdeen kept plugging away, but belief dissipated by the minute. United ran out comfortable winners and can look forward to a Hampden Park semi-final next month.