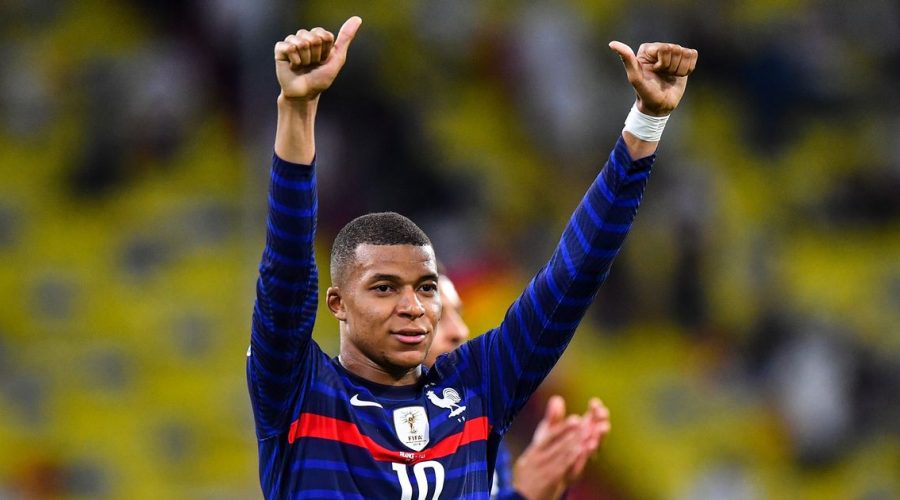 Manchester United, Arsenal and Liverpool will be keen to see how their top transfer targets perform in the latter stages of this summer's championship ahead of a busy summer of spending.

The final round of Euro 2020 group stage matches took place on Wednesday evening with Germany, France and Portugal the final three sides to confirm their place in the knockout rounds.

England's round of 16 tie against the Germans will just be one of the matches the three Premier League giants will be keeping close tabs on; Belgium vs Portugal and France vs Switzerland will also be earmarked as a scouting opportunity for potential recruits.

Daily Star Sport takes a look at eight players at Euro 2020 on the radar of Man Utd, Arsenal and Liverpool

Rumoured to be on the list of both Arsenal and Liverpool, Isak's stunning season in La Liga for Real Sociedad has transpired to the Euros; the Gunners and the Reds will be watching Sweden's last 16 tie against Ukraine with intent.

17 goals in 34 appearances for The White and Blues has rocketed the Swedish international to stardom with the 21-year-old one of the most sought after players in Europe.

Arsenal or Liverpool, who should Isak sign for? Let us know in the comments section

Contracted until 2024, the La Liga outfit can name their price for Isak which may price him out of a move to the Premier League.

But Liverpool and Arsenal are still keeping an eye on the Sociedad striker with both sides struggling in front of goal last season.

The Frenchman has has a standout season for Real Madrid, conceding just 28 goals in 38 matches.

Spanish outlet El Confidencial are reporting that Los Blancos have privately decided that Varane is unwilling to sign a new deal and suspect he already has an agreement with another club, believed to be United.

After starting in all of Les Blues' Euro 2020 fixtures so far, Man Utd will be hoping the 28-year-old puts in another impressive performance against Switzerland.

The former Gunner has excelled at the Euros this summer, netting the first goal in Wales' crucial win against Turkey to all-but-guarantee their passage through to the last 16.

Though it has been a frustrating coupe of years for Ramsey in Turin. The Welshman has found game-time hard to come by since moving to Juventus in 2019.

In two seasons, Ramsey has started just over half of the Old Lady's Serie A matches and he hired his own medical and fitness team because after being unhappy with the treatment he was receiving at Juve.

With reports emerging about a potential reunion at Arsenal, Wales' round of 16 clash with Denmark may be one to watch for Mikel Arteta.

It's not just Solskjaer that will be keeping close tabs on France's match versus Switzerland with Liverpool boss Jurgen Klopp eyeing up an ambitious move for PSG forward Kylian Mbappe.

The former Monaco striker has catapulted himself into the conversation as one of the world's best players and so who better to improve Liverpool's lacking frontline than the 22-year-old?

The Frenchman is out of contract in 2022 and the Parisian club may be forced to sell their star man this summer rather than risk losing him for free in 12 months time.

Mbappe is yet to score at the Euros though and so a watchful Klopp will be monitoring how he performs against the Swiss.

Having only played seven minutes of the European Championships, Jadon Sancho has had to bide his time under Gareth Southgate with Raheem Sterling, Marcus Rashford, Phil Foden and Jack Grealish preferred to the Dortmund wideman thus far.

A transfer to Man Utd seems inevitable for the 21-year-old this window with reported dealings ongoing since last summer.

Solskjaer may be wasting his time watching the Three Lions match if he is expecting to see Sancho, but there are increasing calls from the sidelines to start the winger after another sizzling season in West Germany.

His game-time may be limited coming from the bench but this is a man who knows how to beat a German full-back with eight goals and 12 assists in the Bundesliga in his last campaign.

If Liverpool are unable to land Mbappe then Klopp may want to tune in 24 hours earlier and watch the Netherlands take on the Czech Republic.

Donyell Malen has been used sparingly so far at the Euros but his game-time has been increasing over the past three matches.

Yet to play a full 90 minutes, the Dutch forward has still registered two assists in his brief cameo appearances; this has drawn comparisons to Liverpool's number nine Roberto Firmino, who often turns provider for Mohamed Salah and Sadio Mane.

The 22-year-old scored 19 times in 32 Eredivisie matches last season linking him with a move to Anfield.

A reported target for both Liverpool and United, the Frenchman wants out of current club Bayern Munich.

Coman wants an increase in his salary with the Bavarians unwilling to meet his 200k-a-week demands which has alerted both Klopp and Solskjaer.

The 24-year-old has been a bit-part player for France so far this summer, having been reduced to two substitute appearances.

But with a game against Switzerland on the horizon Didier Deschamps may be tempted to include Coman against a nation ranked lower than previous opponents Portugal.

The Italian has had a storming tournament so far, scoring twice in the Azzurri's 3-0 over Switzerland in their second group game.

The 23-year-old is currently contracted to Sassuolo until 2023 with reports that Juventus, Liverpool and Arsenal are keen to acquire the central-midfielder.

With Italy playing Austria on Saturday evening at Wembley, it may be the perfect time for Klopp and Arteta to do some in-person scouting.

A versatile midfielder comfortable as a deep-lying playmaker or in a more advanced role, Locatelli would be a stable fit in the Gunners or the Reds preferred 4-3-3 formation.