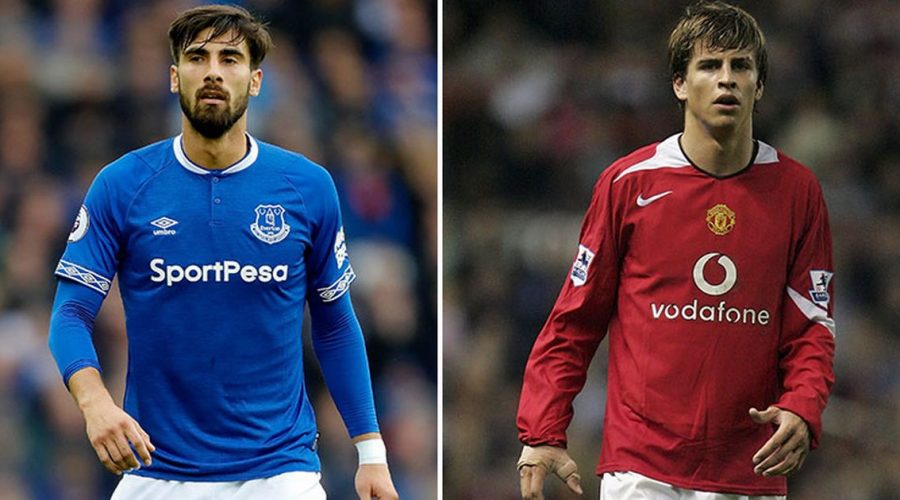 On the face of it, Frenkie de Jong would be a heck of a signing for Manchester United.

The 25-year-old Dutchman is absolutely soaked in talent and, underwhelming spell at Barcelona aside, he still has the potential to be one of the world's finest midfielders. In many ways he's a bubbling cauldron of crude oil just waiting to be tapped, and who better to do that than his former coach Erik ten Hag?

United are trying to sign De Jong this summer, but before fans get too excited, we should remind you that most of the players Barcelona sell to the Premier League end up flopping faster than a goldfish on a kitchen counter.

Newcastle thought they'd hit the jackpot when they signed Holland superstar Patrick Kluivert on a free transfer in 2004.

The striker had been Barcelona's chief goalscorer for six seasons, and the 29-year-old arrived at St James' Park ahead of what should have been the last of his prime years, despite the fact his final season in Spain wasn't exactly world-beating.

Fans nevertheless spent the summer salivating over a lethal Kluivert-Shearer strike partnership, though it never came to fruition with the duo only netting 13 league goals between them that season.

Frustrated at Kluivert's output, Magpies boss Graham Souness became convinced that the Champions League winner didn't have the 'hunger' to succeed on Tyneside, and refused to extend his one-year deal, and he left for Valencia in 2005.

Which player on this list was the biggest disappointment in England? Give us your view in the comments section.

In truth, Gerard Pique wasn't given much of a chance at Manchester United before Pep Guardiola snapped the youngster up in 2008.

Having jumped ship to United from Barcelona's famous La Masia academy in 2004, big things were expected of the lurchy-looking Spaniard, but with Rio Ferdinand and Nemanja Vidic ahead of him in the pecking order, minutes were hard to come by.

Andre Gomes had already flopped at Barcelona, but his move to Everton in 2018 felt like a promising one.

After all, Marco Silva – a man who likes expansive football – had just been appointed manager, and the Toffees looked to be on an upward trajectory having spent nearly £200 million the season before.

But after four years on Merseyside the only noteworthy thing the Portugal international has done is snap his leg against Tottenham.

No one particularly expected Valdes to challenge for a starting spot, but the fact that he only made two appearances for the senior side spoke volumes of what little value he appeared to bring to the squad.

Manager Louis van Gaal placed him on the transfer list at the end of the season after the veteran keeper refused to play in a reserve game, and he left for Standard Liege. Six months later he returned to the Premier League with Middlesbrough, but retired half-way through his two-year deal with the club, leaving quite the legacy in English football.

United aren't the only club in Manchester to have taken an ill-advised plump on a Barcelona stopper.

Claudio Bravo was one of the first men through the door at Manchester City when Pep Guardiola arrived, with the tiki-taka specialist keen to find a keeper capable of playing with the ball at his feet – sorry Joe Hart. But while the Chilean might have been adept at five-yard passes, he was more-or-less terrible at everything else.

He made a string of high-profile errors before eventually being dropped to the bench midway through the season, and ended the campaign with the worst save success rate in the Premier League – prompting City to desperately splash the cash on Ederson that summer.

Deco's spell at Chelsea wasn't all bad, but fans expected a lot more from the Brazil-born Portugal international, particularly as he's spent the previous six seasons as one of Europe's finest midfielders.

The Blues had a stacked squad at the time, and competing with the likes of Frank Lampard, Michael Ballack and Michael Essien for a place in the side made playing week-in-week-out a rarity.

Moreover, Deco never really got to grips with the physicality of the Premier League, and after winning three major honours in two years he left for Fluminense – and despite his obvious brilliance, Chelsea didn't really miss him.

Big things were expected of Boudewijn Zenden when Barcelona signed him from PSV in 1998, but after being forced out of the team when the Catalans signed Marc Overmars, the Dutchman knew he needed a change of scenery.

He signed for Chelsea in 2001, but injury problems kept him sidelined for long spells as the Blues floundered just outside the Champions League spaces.

Zenden left for Middlesbrough in 2003 – having skipped town just as Chelsea's Russian revolution was beginning – and went on to sign for Liverpool two years later, before eventually ending his career with Sunderland. All in all, a very forgettable eight seasons in England.

Once upon a time in 2003, there were two Barcelona youngsters preparing to take the world by storm – Lionel Messi was one and Giovani dos Santos was the other.

Though the Mexican speedster only made a handful of appearances for the first-team before jumping ship to Tottenham in a £9 million deal in 2008. At the time it set Spurs fans' hearts racing, but also raised their eyebrows. 'How have we landed such a highly-rated player on the cheap?' they asked themselves. Well it soon became clear.

Dos Santos was a bag of tricks but there was little substance to his game beyond aesthetics. Three loan moves – including one to the mighty Ipswich Town – followed before he was eventually released in 2012 on a free transfer having made almost no impact on the first-team.

May 13, 2022 Soccer Comments Off on 8 Barcelona stars who flopped after moving to the Prem as Man Utd hunt De Jong
NFL News