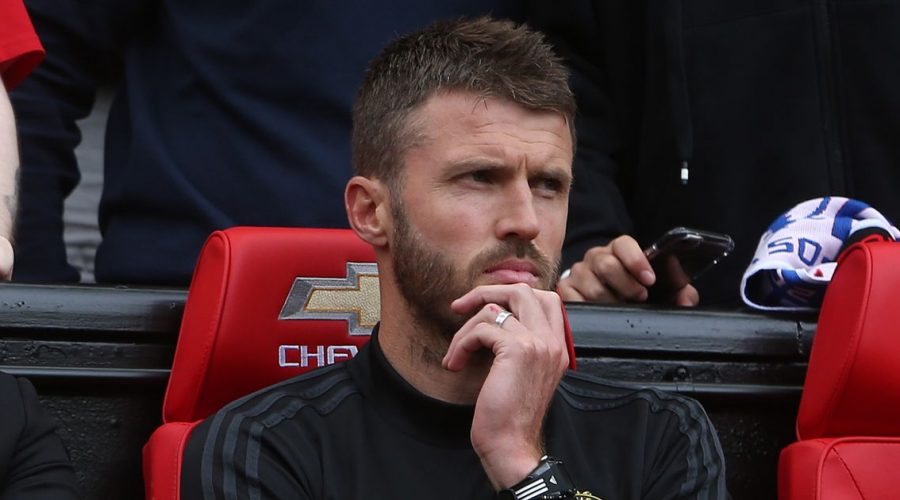 Manchester United's caretaker boss will lead the team for the first time against Villarreal in the Champions League on Tuesday night, just 72 hours after being told he would take be taking over from Ole Gunnar Solskjaer.

The rookie manager has some big decisions to make for the trip to Spain – and we're not talking about what to pack in his hand luggage.

United are not yet guaranteed of qualification from Group F and require all three points against Unai Emery's side who are hot on their heels in second spot.

Unfancied midfielder Donny van de Beek could be forgiven for rubbing his hands together after learning of Solskjaer's dismissal.

Despite being promised more game time at the start of the season, the Dutchman wasn't given a look in under the former boss.

That could change under caretaker manager Carrick, who will have his own ideas about United's best defensive midfield pairing.

The combination of Scott McTominay and Fred has underwhelmed in recent times, while the Red Devils were badly overrun on Saturday against Watford until the introduction of Van de Beek.

He's had to bide his time since £35million move from Ajax in the summer of 2020, but it could finally be the 24-year-old's time to shine.

Who should Carrick start against Villarreal? Let us know your thoughts in the comments section below.

How do you solve a problem like Cristiano Ronaldo? The veteran Portuguese is capable of winning games on his own, as he has proven already this season, but his presence in the team tends to disrupt United's style of play.

It's a million to one shot that Carrick will drop the 36-year-old star, so it's working out a way to get the best out of him and those around him.

The former West Ham and Tottenham midfielder must decide whether to persist with Marcus Rashford and Jadon Sancho, or try something new entirely.

Injuries to Mason Greenwood and Edinson Cavani limit what Carrick can do, but there are still plenty of options available to him.

One of United's best performers this season is been a man who has only started a single match in all competitions – Jesse Lingard.

The midfielder wasn't given a sniff by Solskjaer, despite choosing to remain at Old Trafford instead of seeking a move elsewhere.

Now the question is, will Carrick throw the 28-year-old a lifeline? He probably should, given Lingard has been one of the few players to show any fight, determination and genuine creativity for United this season.

In his limited appearances, the former West Ham loanee appeared to strike up a good understanding with Ronaldo, something that could be imperative if the Red Devils are to succeed on Tuesday night.

The final big decision Carrick has to make is regarding United's formation. Solskjaer persisted with a 4-2-3-1 right until the very end, only occasionally altering his favoured set-up.

There's every chance the new man in charge will continue where the Norwegian left off, especially given United's injury problems.

However, he could switch to a more conservative 4-3-3 with Bruno Fernandes deeper alongside the two defensive midfielders.

The Portuguese's ability to read the game, pick a pass and play a magic assist is wasted if he's too close to the strikers, plus it would provide more balance in the middle of the park.