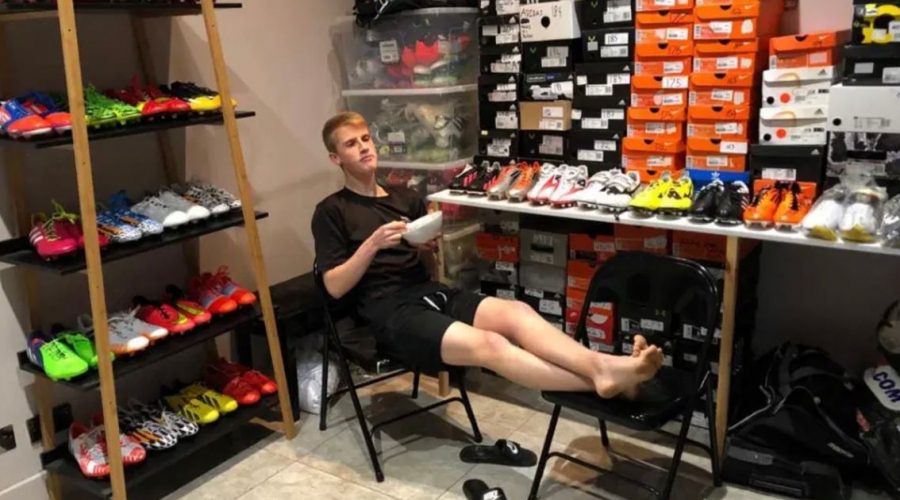 Teenager Will Amiss is raking in the cash by flogging vintage football boots to Premier League stars like Declan Rice for up to £8,000 a pair.

Will, 17, began his business as a collecting hobby after he came obsessed by Adidas Power Swerves which were famously donned by Liverpool icon Steven Gerrard.

He soon amassed a large collection of cleats and set up Classix Collection in the belief that there was a market for old school football boots.

Since the launch, Premier League footballers including Ainsley Maitland-Niles, Jesse Lingard, Reece James, John Terry and West Ham star Rice have all bought boots from Will.

In an interview with the Sun, the Eltham entrepreneur said: My dad gave me a pair of his old Predator Precision boots that he found in the wardrobe and I loved playing in them.

"Then for my birthday I got a pair of Power Swerves, then I got another pair, and another pair. I just loved them.

"A year later, my dad and I started collecting boots, like Accelerators.

"After that we started an Instagram page and just posted about boots we collected at the time.

"In 2018 we turned it into Classix Collection and we now sell boots all over the world to professional footballers."

A quick look at the Classix Collection website shows that most boots retail at around £100, although a pair of Nike Mercurial 98 FGs are on sale for £8,000.

That might not seem much for a professional footballer, but they were deemed too pricey by former Liverpool striker Daniel Sturridge, who baulked at the price.

"He scrolled through my page and found that I had both of them," Will revealed.

Will is always on the lookout for new pairs of old boots and hunts them down from sports shops across the globe, as well as other like-minded collectors.

"We got 22 pairs of the Adidas Predator 94s from a store that was closing down in Turkey, for example," he continued.

"But they're coming from all over – they might have some come from other collectors or other boot sellers that put them up at the wrong price, so I'll buy them before anyone else can."

The teenager also disclosed that while some players use his boots in training, other simply collect them as a hobby.

"I know that Declan (Rice) has a massive collection himself – somewhere between 20-30 boots.

"But a lot of footballers don't want to spend big money on boots. A lot want them for free, which I find really funny.

"A lot of boot sellers will give players boots for nothing in return for a shout out online, but at the end of the day I'm running a business and want to make as much money as I can."