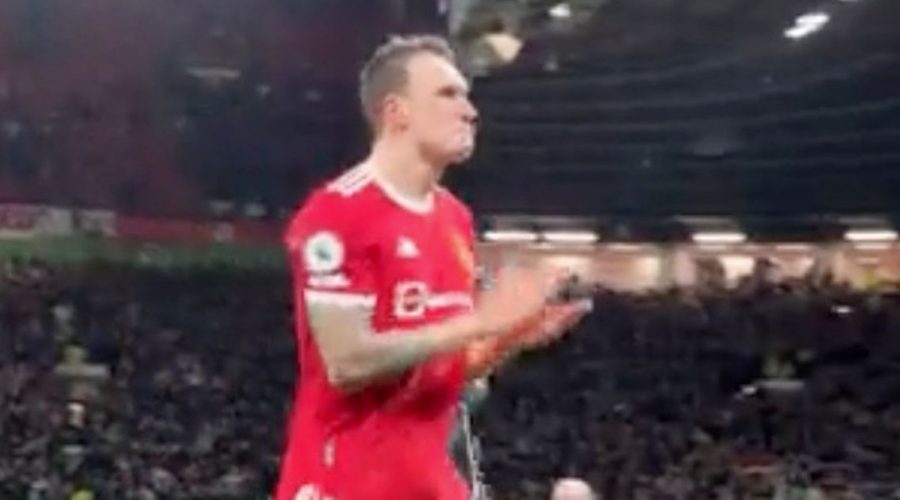 Phil Jones is the latest in a long list of footballers who have been overcome with emotion either during or shortly after a fixture – but his reasoning was different to most.

The Manchester United defender returned to the pitch after more than 700 days on the sidelines due to a series of injury blows amid regular changes to staff behind the scenes.

Although Jones was full of emotion due to his lengthy lay offs, many have been caught short without a tissue thanks to emotional victories, individual blunders and even due to impending retirement.

Daily Star Sport has taken a look at ten footballers who have been left wiping away tears before even leaving the playing surface – many of which taking place after damaging defeats.

Jones, 29, put in a solid performance despite United's defeat against Wolves earlier in the week, earning new-found support from the Old Trafford faithful.

Furthermore, Jones was filmed leaving the pitch in tears after making his comeback, rubbing his eyes and tapping the badge in content at his return as fans came stayed behind to clap.

With the clip from the official United account coming alongside the caption: "A milestone that's been 712 days in the making. It meant so much to Phil."

Paul Gascoigne's tears during England's 1990 World Cup semi-final against West Germany came before the result of the fixture was even decided.

Have your side had players crying on the pitch? Tell us in the comments section

The legendary playmaker was actually left unable to control his emotions after receiving a yellow card for a lunge on Thomas Berthold that would've ruled him out of the final.

In the end it didn't matter, with England losing 4-3 on penalties with Chris Waddle setting his spot-kick into orbit over the crossbar.

Chelsea skipper John Terry couldn't help by cry after watching his Champions League final penalty, which would've won his side the game, cannon off the post.

The England stalwart slipped at the vital moment and couldn't convert, with Manchester United going on to win the trophy after Edwin van der Sar saved from Nicolas Anelka.

Terry would go on to win his medal in 2012, despite playing no part in the final.

A young Cristiano Ronaldo was left in floods of tears after Portugal's home tournament Euro 2004 ended in victory for huge underdogs Greece.

Angelos Charisteas scored the only goal of the game after just five minutes, with the likes of Luis Figo, Deco, Rui Costa and Nuno Gomes failing to find a breakthrough.

Ronaldo's nightmares would turn to joy in the summer of 2016, when Portugal beat France in Paris to lift the trophy, despite CR7 being forced off through injury.

David Seaman shouldered the blame for England's 2002 World Cup defeat at the hands of Brazil after being chipped by Ronaldinho from a long-range free-kick.

The veteran stopper couldn't keep out the chipped effort after Rivaldo had cancelled out an opener from Michael Owen.

However, skipper David Beckham said after the match: "If David Seaman were blamed for this result it would be a disgrace."

Not for the first time, Neymar cried on the pitch last summer following Copa America defeat.

The PSG forward was even embraced by Lionel Messi after the final whistle – with his close friend ending his own struggles at the event.

Mario Balotelli single-handedly fired Italy into the final of Euro 2012 with a semi-final brace against Germany, but his tournament would end in tears.

The former Manchester City and Liverpool forward and his team-mates were outclassed by the reigning champions, losing 4-0 in the Olympic Stadium in Kyiv.

Despite only being 21 at the time, he would only appear in three of the next six calendar years for his country, and hadn't played for them since 2018.

David Beckham waved goodbye to professional football after a charitable stint with PSG back in 2013, and there was barely a dry eye in the house on his final appearance.

The England, United and Real Madrid icon began tearing up when he realised he was about to be substituted, earning a standing ovation and a bearhug from Carlo Ancelotti.

Beckham was flung into the air by his team-mates after PSG had wrapped up their season, winning a final trophy in the process.

Luis Suarez had to be comforted by Liverpool skipper Steven Gerrard after Liverpool threw away a 3-0 lead – and their advantage in the title race.

Crystal Palace stunned the visitors after Joe Allen, an own goal from Damien Delaney and Suarez himself had given Brendan Rodgers and his men a comfortable lead.

Delaney's deflected strike got one back before Dwight Gayle scoring twice in seven minutes – with Manchester City going on to win the title.

David Luiz was part of the Brazil team that are destroyed by Germany in their own backyard at the 2014 World Cup – and his emotion afterwards tells the full story.

The former Chelsea and Arsenal defender watched seven goals fly past his goalkeeper in the absence of Thiago Silva, who had helped them into the semi-final.

Luiz had good reason to cry after the fixture, and was comforted by his former defensive partner who had been watching on from the stands.

January 6, 2022 Soccer Comments Off on 10 footballers who once broke down in tears after Phil Jones’ emotional comeback
NFL News