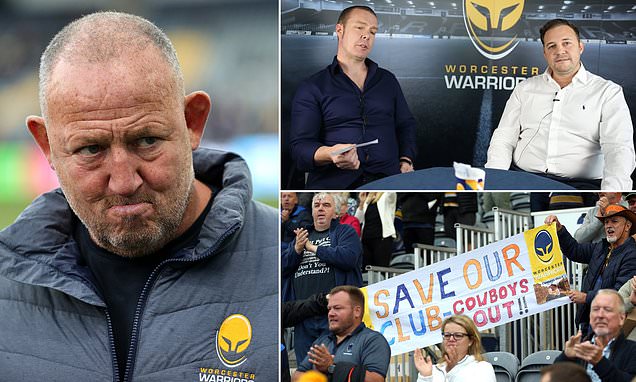 Worcester’s day-by-day battle for survival will be extended into the weekend after the Warriors met Rugby Football Union assurances they could host Saturday’s scheduled clash with Newcastle.

But that Gallagher Premiership match looks likely to be the club’s last – at least for a few weeks – as calls for them to enter administration grow louder.

On Wednesday, the RFU stepped up plans to suspend the cash-strapped Warriors from all competitions unless they could get the required planning in place for the Newcastle game.

They have managed to do that, but Worcester are now highly unlikely to be able meet another RFU deadline.

By 5pm on Monday, they must show English rugby’s governing body they have proof of suitable insurance and will be able to pay outstanding salaries to staff.

Club owners Jason Whittingham and Colin Goldring have claimed since last Friday they are close to sealing a sale of Worcester which would secure its future. 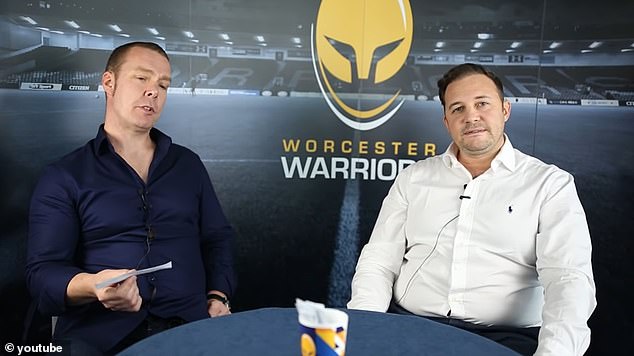 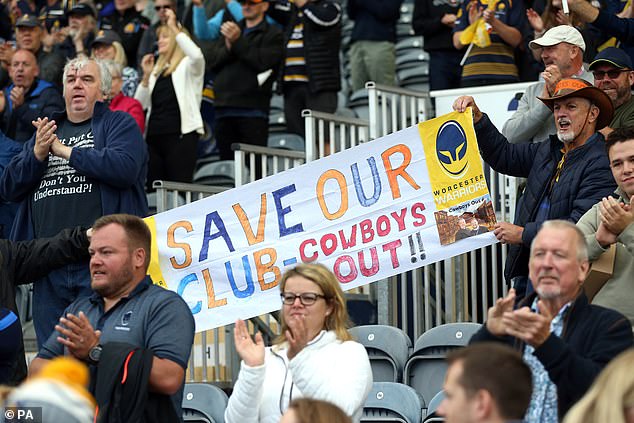 But no such deal has taken place. Whittingham and Goldring have long since lost all support from Worcester’s players, backroom staff and loyal fans.

On Thursday afternoon, Worcester MP Robin Walker will step up his attempts to save his hometown club by appearing in Parliament where he will plead for the Department for Digital, Culture, Media and Sport to help force the Warriors into administration.

‘It’s very clear there are investors who want to take the club forward, but they have now been clear that this will happen only through a process of administration,’ Walker told BBC Hereford & Worcester.

‘We need to make sure the staff and players have proper support and they’re not getting that at the moment from the current owners and directors.’ 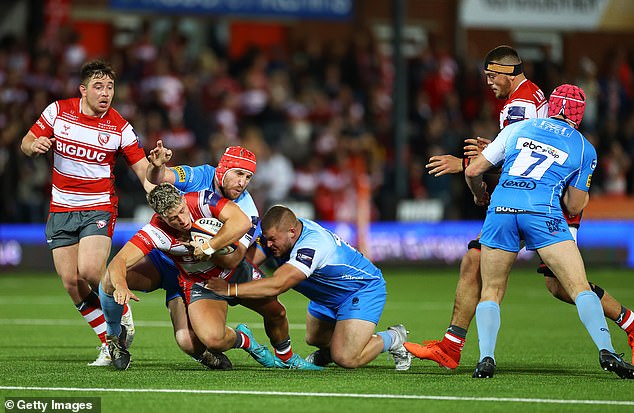 The majority of Worcester’s support staff have still only been paid 65 per cent of their August salaries, but they continue to work miracles in the face of extraordinary circumstances to ensure the club’s rugby operation continues.

It remains unlikely though they will be able to continue past Saturday. The onus remains on Whittingham and Goldring to complete a sale as soon as possible.

‘It is a dreadful situation and we need to get it sorted quickly,’ Walker added.

‘I’m going to be having a debate in Parliament today to raise the situation and press DCMS ministers to take action and to say enough is enough.

‘We need to take action to save this club and make sure people are properly paid. The staff and players have been moving heaven and earth to make sure they can meet their commitments to rugby. But we need to make sure they have proper support and they just don’t seem to be getting that at the moment from the owners and directors.

‘I certainly want to press the case of how hugely important this club is to the whole community and how we need to see action taken to save it.

‘Local MPs and I some weeks ago called for a process of administration to take it forward. It’s very clear there are investors who are interested in moving into the club and supporting it.

‘But clearly DCMS have always said their priority is to keep the club going and their one concern about administration previously was it could lead to the club being wound up.

‘Clearly nobody wants that but I think the fact there are a number of investors interested in taking it forward gives me confidence a process of administration can help the club.

‘People are very, very concerned. This is a huge community asset and it’s many, many people’s livelihoods.

‘People have been working there on reduced pay and working their guts out to be able to put games on. We all want to see it saved and the whole club and the property around it kept together.’

revealed on Tuesday that Whittingham and Goldring had taken out a £500,000 loan from Worcester legend Cecil Duckworth on his deathbed and have still not repaid the sum. 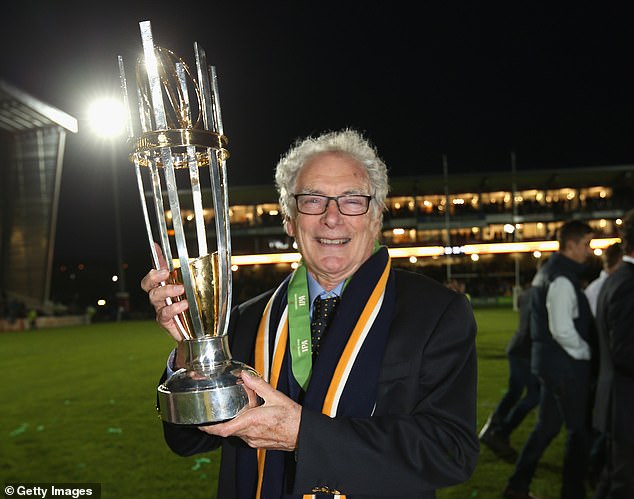 Sportsmail broke news that owners Colin Goldring and Jason Whittingham borrowed £500,000 from Cecil Duckworth and have not paid his family back since his death

The story raised further anger at the current Worcester owners. On Wednesday night, Worcester’s Twitter account was even posting retweets of

Walker confirmed he has not spoken to Whittingham or Goldring for the last week.

‘Warriors has been a part of my life for as long as I can remember and is part of so many people’s lives. It’s something we’re immensely proud of and this is about the Duckworth legacy,’ he added. ‘This is someone who gave so much to Worcester. We all owe it to his legacy to preserve that and to keep this club there.’

September 22, 2022 Rugby Union Comments Off on Worcester WILL play Newcastle this weekend but outlook is bleak
NFL News