Wales ready to pop Fiji balloon as Warren Gatland warns: ‘We don’t want them to spoil the party for us’

Wales are out to stop a Fijian fiesta on Thursday – playing the role of party poopers in order to seal their knockout spot at the World Cup.

Having lost to Pacific Island teams more than any other traditional superpower at these tournaments – to Samoa in 1991 and 1999 and Fiji in 2007 – the Welsh are more wary than most.

So rather than plotting for either England or France in the quarter-finals back here next week, their eyes are fully trained on Fiji. 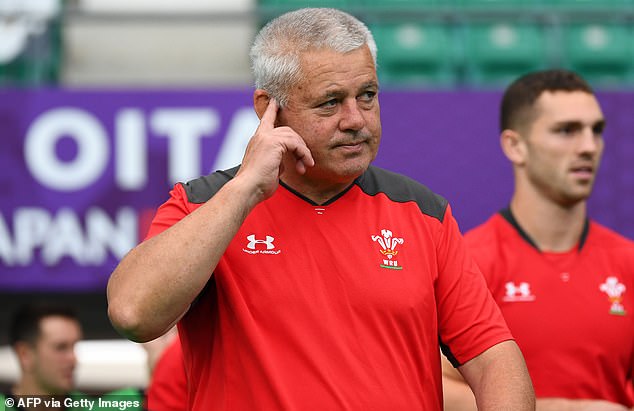 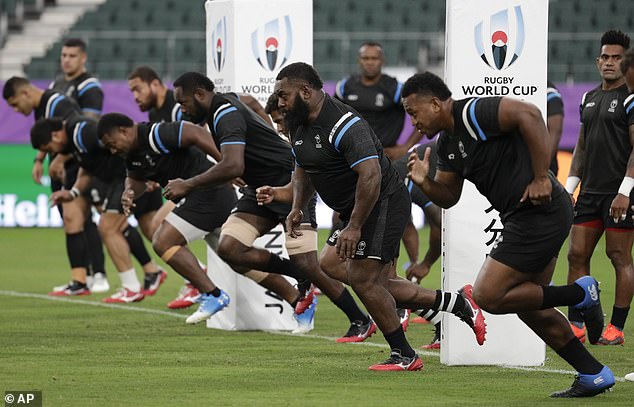 ‘It’s their last game and I’m sure they want to finish on a high,’ said Wales boss Warren Gatland.

‘We don’t want them to spoil the party for us.

‘They’re probably kicking themselves they lost that game to Uruguay because it would have put more emphasis on today.

‘So we have to make it uncomfortable for Fiji. That’s the focus for us – having a balance between putting their forwards in certain positions, making them work hard and taking their legs away from them and then also recognising the ability we have when we need to play.

‘We need to try and take that excitement away from them. That’s why the start is important for us. We’ve started exceptionally well in that first couple of games.

‘Fiji look like a team that are really excited for that first 20 minutes. The more they feel like they’re getting something out of the game, the more dangerous they are. We have to negate that.’

And in both Gareth Davies, the scrum-half, has been their heartbeat – firing up his side with quick tempo, and rolling the dice with risky interception gambles.

Davies thinks the key to this stellar World Cup form has been a summer of keeping cards close to his chest.

‘I had a quiet summer – didn’t do what I normally do,’ he said. ‘No trips to Vegas or anything like that!

‘I knew the camps we had lined up in Switzerland and Turkey were going to be tough. I just kept my head down. It was a really tough couple of months but we’re all feeling good and fit.’

That is what has impressed Gatland – Davies’ incredible fitness, which allows him to spark Wales into life. 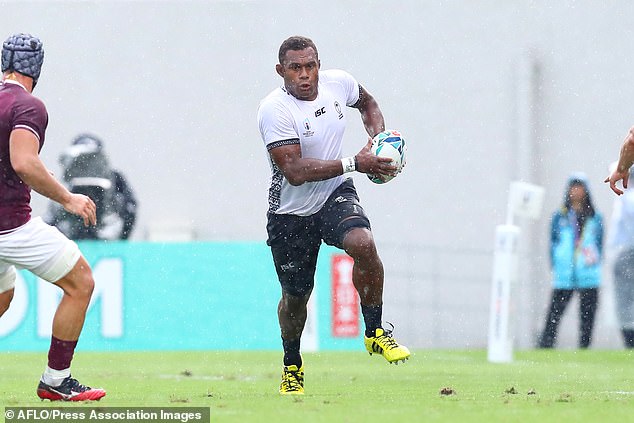 ‘He’s showing experience and maturity,’ added Gatland. ‘We know that we’ve always had some slight criticism in the past on his conditioning.

‘He came into this World Cup camp having done a lot of work and was in great physical shape. He has a great record of scoring tries and I’ve seen him grow with confidence. His voice and decision-making have been good.’

Davies loves World Cups. He has scored six tries in seven tournament matches – having taken five in the 2015 World Cup and his intercept against Australia last time out.

‘It’s alright isn’t it?’ Davies quipped when reminded of his record. ‘I’ll have to try and get two this week! It’s a good stage to shine on.’

Fiji know that too. They have a shot to nothing on Wednesday morning – making it a slippery prospect for Wales inside the Oita Bank Dome. 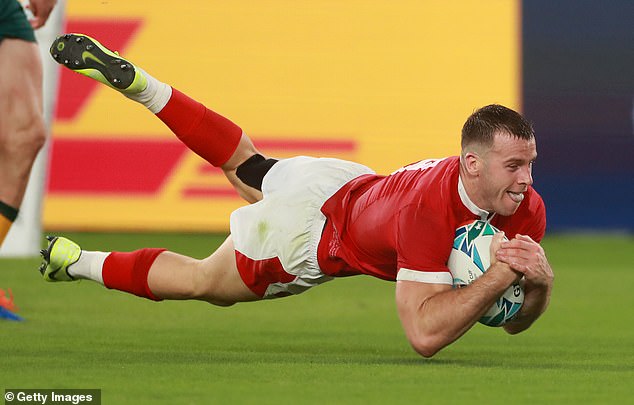 It’s hot and humid under the roof with 40,000 inside and the ball sweaty. In the two matches played here so far – New Zealand v Canada and Australia v Uruguay – there have been 47 handling errors, including 18 by All Blacks. But Wales are not worried.

‘Our own stadium has a roof on it,’ said a matter-of-fact forwards coach Robin McBryde.

‘We’ve come across humid conditions even back in Cardiff. So we’re aware of them.’