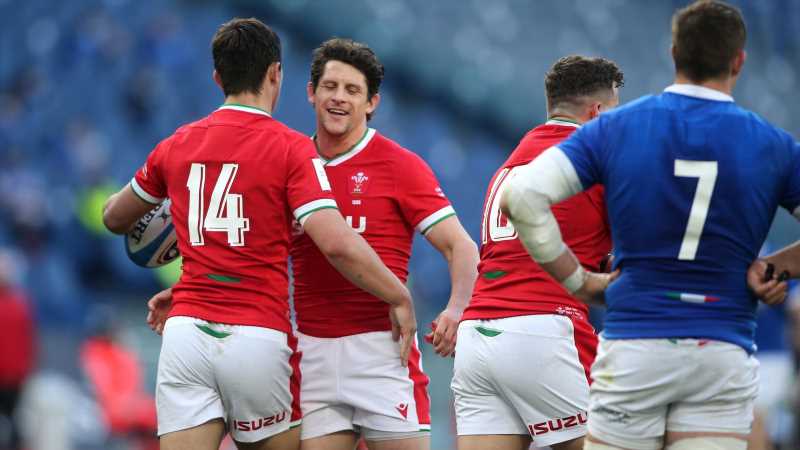 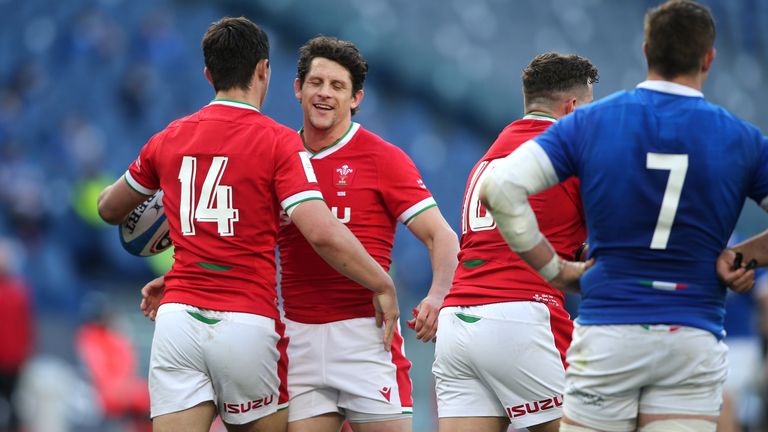 Former Ireland back row Stephen Ferris is the latest personality to join us to look back on the most recent round of Six Nations action.

Ferris gives us his views as Wales took a step closer towards sealing the Grand Slam with a bonus-point win in Italy, while France’s title hopes suffered a blow with defeat to England a Twickenham.

Stephen Ferris: Wales were impressive in their 48-7 win away to Italy and it was amazing how they took the kick at goal early on, settled themselves down and there was none of this trying to chase the bonus point from the first second.

It just came to them naturally and they just wore them down and made Italy make a huge amount of mistakes. Captain Luca Bigi giving away two really soft penalties then getting a yellow underlined something I wrote the week before where every time Italy give away a penalty, you can nearly be sure the next penalty is going to be another one from Italy.

They’re a team who back up one mistake with another and Franco Smith with his head in his hands after the final whistle kind of sums up where Italy are at the minute.

I think Italy have made improvements, but it’s just unfortunate at the moment all of the other teams have also made a lot more improvements. For me, Wales were good and very clinical.

Backing France to bounce back

SF: You could see how much it meant to France when the final whistle went in their 23-20 loss to England at Twickenham because there were hands on heads, lads on their knees and I really think they thought this was a huge opportunity for them to go on and win a Grand Slam.

It will really hurt them, but it’s how they bounce back and I think they’re going to bounce back well. They’re a team who are playing with a lot of confidence and they’ve a couple of monsters against physical sides in the pack who are dominating.

You have to be impressed with France, but at the same time they’ve got vulnerabilities and England were able to exploit a couple of those at the weekend.

Everybody has written Wales off for the whole tournament, yet they’re four out of four and they’ll head to Paris as underdogs, but who’s going to bet against them turning over the French? Certainly not me and I think it’s going to be very tight.

SF: The game between England and France was full of everything. I probably didn’t agree with the TMO decision for Maro Itoje’s try and I got a bit of heat on Twitter for saying that – mostly from England fans!

There were a lot of other people who agreed with me but, overall, there didn’t really deserve to be a loser in the game because both teams played reasonably well.

I thought France were a lot sharper in attack. Sometimes they’re their own worst enemy where they try to play a little too much and a couple of mistakes let England back into the game, but fair play to England.

Their backs have been against the wall, Eddie Jones has been coming under huge barracking criticism and his players delivered for him. He made a couple of changes like leaving out Jamie George, who has maybe been struggling because he hasn’t been playing week in, week out for his club, and Luke Cowan-Dickie really stood up.

This photo is floating around social media. Try or not?
This looks like a certain try from first glance…. But that is Itoje’s jersey, not the ball.
No try in my opinion. No team deserved to lose, great game. pic.twitter.com/mIkz7jyPxw

Itoje had a brilliant game after some criticism too and it’s a real positive when lads are feeling the heat and they go out the next week and extinguish those fires. They had to dig deep and showed a bit of bottle towards the end of the game, and I thought Maro Itoje was monstrous in his work rate and physicality – and sneaking over for that dubious try late on!

Sexton wins battle of the fly-halves

The ball in play time was really high, whereas Ireland and Scotland seemed to kick the ball a lot more and be waiting for the opposition to make a mistake to capitalise on. Thankfully Ireland had somebody like Johnny Sexton who was itching for that opportunity and he nailed Scotland’s coffin closed in the 77th minute with a penalty which sealed the 27-24 win.

He had a couple of missed touches, he kicked one out on the full and missed a kick that was a long way out but with not much of an angle on it. I think it was 1-0 to Johnny Sexton when it came to that. Overall, there was lots of physicality and intent, but maybe not the quality of the game overall.

I think there’s definitely a bit more work for Ireland to do. The confidence is certainly there and the set-piece is superb. Scotland’s line-out was superb coming into Sunday’s game and Ireland absolutely destroyed them.

That wasn’t really down to errors from Scotland, that was down to brilliant reads from Ireland and making sure they’re on top of that. I have seen improvements, I would just like to see more variety in attack.