Rugby evolves year on year but there are a few things that never change and that includes how to beat South Africa.

I’m mightily impressed by many aspects of this Springboks side. That was an incredible win over New Zealand in Wellington in September and they should have won the game in Pretoria a few weeks ago before Rassie Erasmus torpedoed their chances with the unnecessary subbing of Malcolm Marx and Faf de Klerk.

That mistake, hopefully, will be the making of Erasmus and he’ll learn that his decisions as the clock counts down can win or lose any match. In Marx and Eben Etzebeth, South Africa possess two of the very best forwards on the planet, incredible rugby players who would walk into anyone’s World XV. 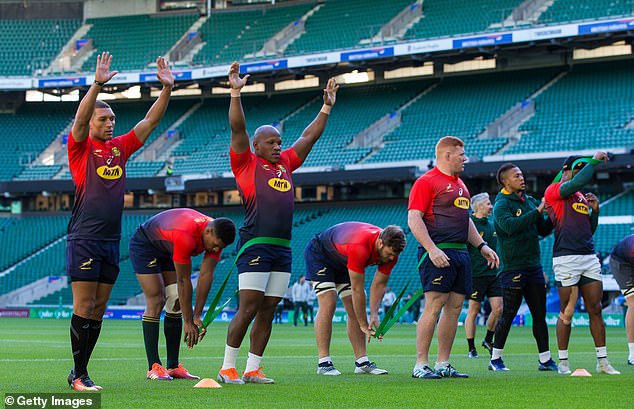 On Saturday we see the burly Duane Vermeulen — their star man during the first two Tests against England last summer — return to the back row and the excellent Pieter-Steph du Toit move into the second row, while Warren Whitely is back after injury at No 8 and Steven Kitshoff starts in the front row.

Make no mistake, this is a powerhouse Boks pack capable of steamrollering most teams. Erasmus must be pinching himself at such an array of talent. How England handle this lot will decide the game. But you can still see how they could be embarrassed and beaten. Their pack, as ever, is huge but one-paced compared with most at elite level and they don’t like to be moved around.

South African sides generally don’t like to be confronted with extreme pace, speed of thought and the unorthodox. You must always aim to take South African players out of their comfort zone. Nothing has changed over the last 50 years. 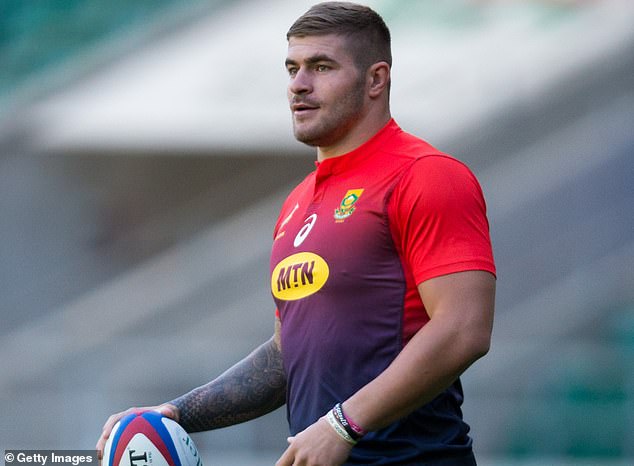 In Malcolm Marx and Eben Etzebeth, South Africa have two of the best forwards on the planet

All that power can be countered if you can spend the game moving the ball swiftly from scrums, rucks, mauls, line-outs and tapped penalties — and then throw in the unexpected. Turn them this way and that, disrupt their rigid systems — this Boks team has to be taken to the place they don’t want to go.

Such an approach invariably pays dividends. It demands great fitness but when their fatigue kicks in or their game is disrupted by being forced to go to the bench too soon, you will have your reward.

South Africa don’t always adapt well and with Willie le Roux and Faf de Klerk unavailable it is even more of a problem. They are instinctive rugby players and have been the catalyst for South Africa’s recent improvement and will be sorely missed at Twickenham. 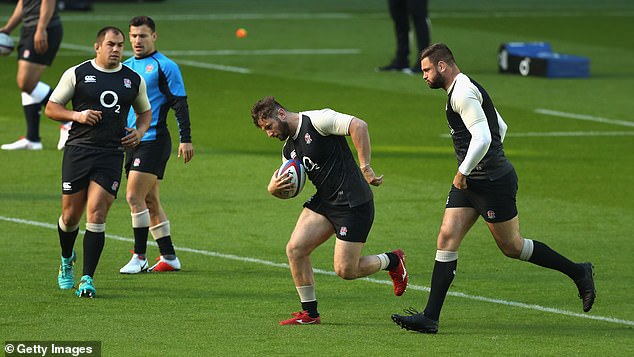 England, though, must be ruthless about their absence and play with even more tempo and precision. The record books won’t include an asterisk saying Le Roux and De Klerk were unavailable.

The England line-up tells me Eddie has clocked all this. It’s a mobile fleet-footed team. The back row is quick by recent England standards. Maro Itoje has good speed in the second row, Kyle Sinckler is nimble and occasionally explosive while fellow prop Alex Hepburn is mobile.

The England back three are fast and dangerous, Henry Slade has demonstrated serious gas at outside centre for Exeter this year, while Owen Farrell and Ben Youngs need to make quick decisions.

England have named the right team, what they must do is produce the game plan to execute it. Do that and England can get their autumn off to a roaring start.

Fans are being short-changed

South Africa will be without Willie Le Roux and Faf de Klerk on Saturday — two star attractions who everybody wants to see — because of politics.

When is rugby going to get its house in order over this? It’s short-changing the public.

If you organise these extra games out of the Test window, negotiations are needed to ensure both sides are at full strength. Otherwise don’t play outside of the window. 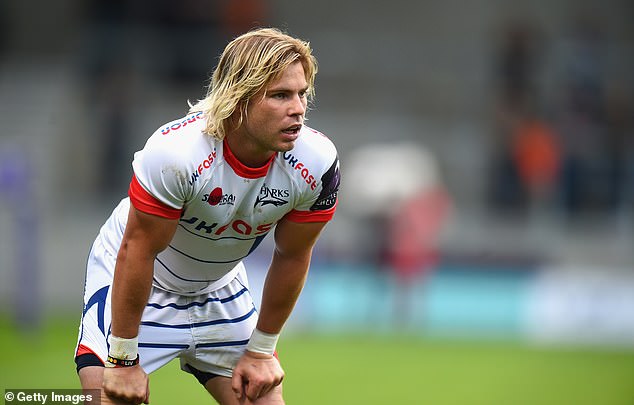 Fly-halves have enough to worry about without being captain

You may have noticed that I am not keen on co-captains — for me its a contradiction in terms — and the appointment of Dylan Hartley and Owen Farrell as England co-captains had me shaking my head in disbelief.

That initial reaction has hardened further with the confirmation that Farrell is now clearly being moved back to fly-half on a permanent basis.

My experience tells me that, with one or two exceptions, it’s incredibly difficult to play fly-half and be your team’s main goal-kicker while captaining or even co-captaining a side.

It’s just too much and you don’t have the time to handle everything that is going on. 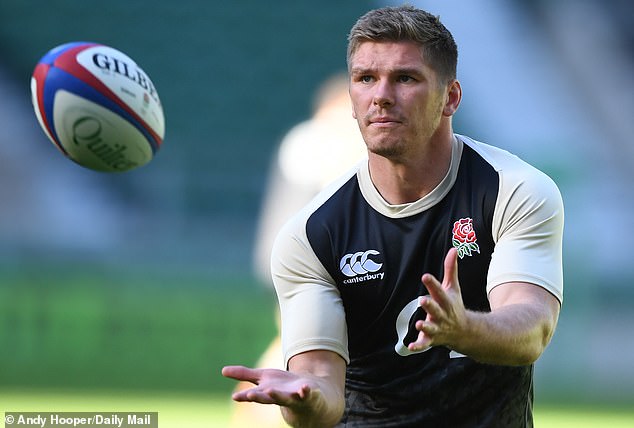 There is a reason for this, born of practical experience. A goal-kicking fly-half has more than enough on his plate.

Of course, Farrell will have his say and be listened to — and when he is playing at 12 I would have no reservations about him captaining the side. But if he going to be at No 10 from now on, this needs a serious rethink.

Why use Carling to tackle an issue that doesn’t exist?

Will Carling did a superb job as England captain in the ’90s when his sides won three Grand Slams and reached a World Cup final.

He has rightly taken his place as a key player in England rugby’s history books and would have been delighted and honoured to be asked by Eddie Jones to mentor some of the senior players this season on captaincy and leadership.

However, I am not really convinced by Eddie’s reason for the appointment. To me, it seems to be just another distraction at a time when the team need to get back to the basics and fundamentals of Test rugby.

First, I do not think there is a leadership issue with England. It is highlighting a problem that does not really exist.

Dylan Hartley has an 87 per cent win rate in 27 starts as England captain — and Eddie can also call on other experienced operators and leaders — you do not win that many Test matches and have a problem with leadership. 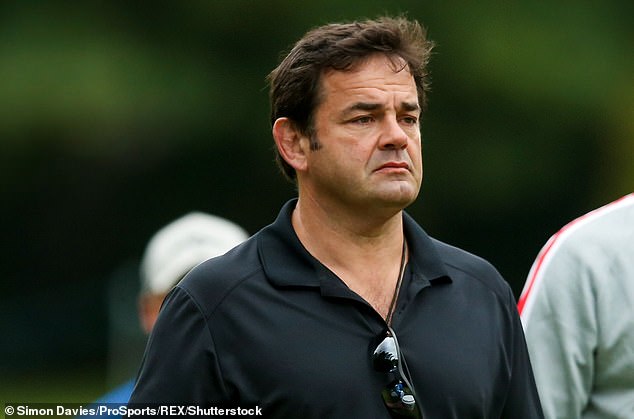 If you want to improve the leadership of this team then leave Hartley on for the full game and stop taking him off in the critical last 30 minutes.

Second, and possibly even more important, identifying, picking and mentoring your captain and leaders is always a key component of the head coach’s job. The buck stops with the coach on this one.

I would not want anybody, even an illustrious former captain like Will, coming between me and my working relationship with my leaders.

That bond and link between coach and senior players is fundamental and comes, in part, from the kind of conversations and interaction I assume Will has been tasked with having with England’s senior player group. One of the reasons quoted for the appointment is that New Zealand have adopted a similar strategy.

The Kiwis are great — always have been and always will be — but I spent so much time and energy getting the so-called superiority of the Southern Hemisphere teams out of England players’ heads. We must get out of the mindset that says we must slavishly replicate everything they do.