Scotland have made six changes to the team for Saturday’s showdown with South Africa at BT Murrayfield.

Gregor Townsend’s side trounced Fiji in an eight-try demolition job last weekend, but the Dark Blues head coach has already admitted his team will have to step up their performance if they are to halt the Springboks’ physical threat. 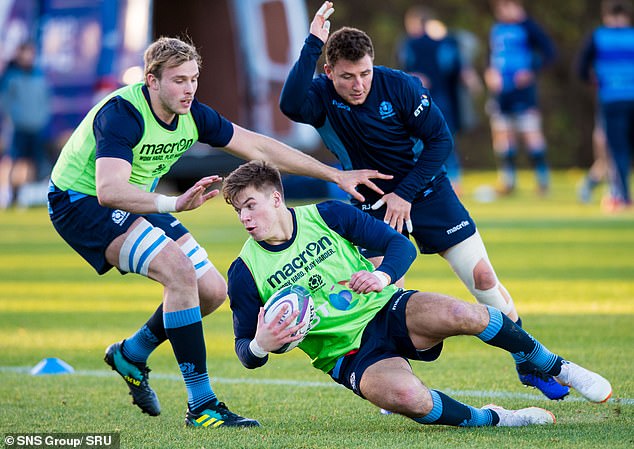 Scotland have made six changes to face South Africa, including the returning Huw Jones (C) 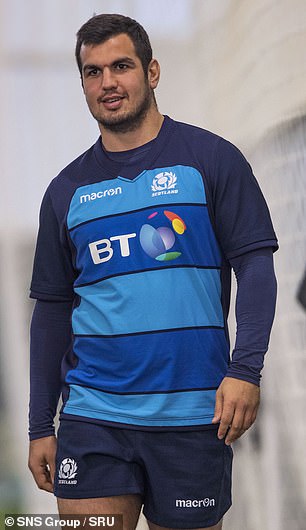 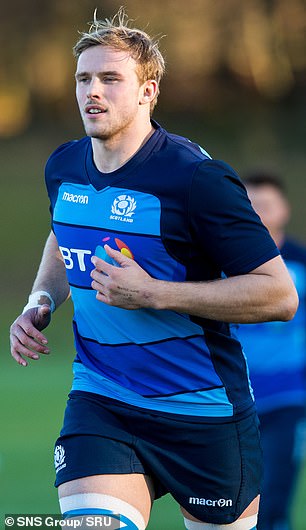 Sam Skinner, named man of the match against the Fijians have made his Test debut at lock, is switched to the blind-side flank position.

The return of Glasgow Warriors centre Huw Jones is the only change to the back division.

Townsend said: ‘South Africa have made a lot of improvements over the last three or four months, beating the All Blacks in New Zealand and putting in an 80-minute performance to defeat France in Paris, which underlines their quality.

‘Their traditional strength has always been their physicality and this remains a key point of difference for them. We expect them to be confrontational and powerful in their ball carrying, their defence and also at set-piece time. It will be a great challenge for our forward pack in particular.

‘South Africa have always had a smart kicking game with an excellent chase, but what we’ve seen over the past few months is an ambition to move the ball from counter attack and a push to get their forwards passing the ball more.

‘Our defence will have to be strong to nullify this ambitious attacking game plan. 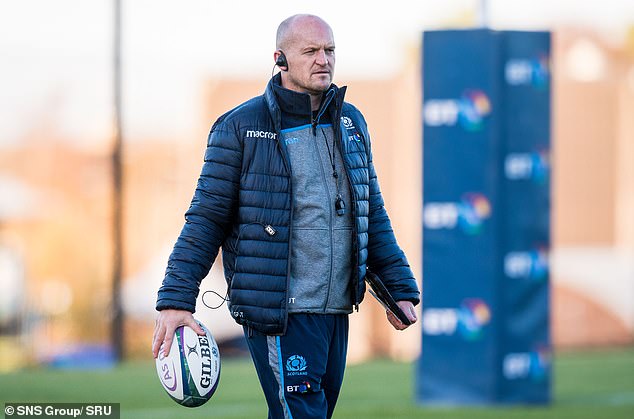 ‘Our defence will have to be strong to nullify this attacking game plan,’ said Gregor Townsend

‘We’re looking forward to playing one of the best teams in the world and playing once more in front of a sell-out crowd at BT Murrayfield.’

Tighthead prop Willem Nel, back-row Ryan Wilson and wing Tommy Seymour, who scored a hat-trick against Fiji, are the only three players named to start at third consecutive Test match this autumn.

Seymour joins full-back Start Hogg, who has this week announced he will be joining Exeter in the summer, and wing Sean Maitland in the back three.

At centre Pete Horne is named alongside returning club-mate Jones, while half-backs Greig Laidlaw and Finn Russell feature once more.

Back-row Matt Fagerson has not recovered sufficiently from the dead leg he sustained against Fiji to feature against South Africa.