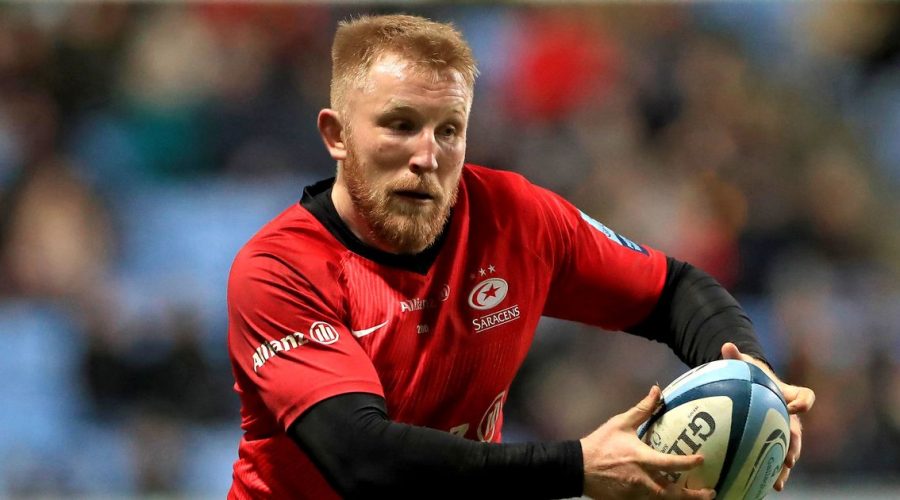 Saracens solidified second place in the Premiership after thrashing Northampton Saints 30-6 on Sunday, but the win came at a cost after it was confirmed Jackson Wray fractured his skull at the end of the game.

Wray, 31, replaced Billy Vunipola at half-time and played the entire second period at Franklin's Gardens, where Sarries scored 24 unanswered points after going in at the break drawing 6-6.

And Saracens director of rugby Mark McCall has since revealed the 12-year servant suffered a knock that could have longer-lasting effects.

"It happened with about two minutes to go in the game, just a clash of heads with one of our players," the club's chief told reporters on Wednesday.

"Jackson didn't feel it was a concussion, he felt it was a crack. He felt there was something different about it.

"He is up and about, and he has been in the club the last couple of days. He is fine in himself."

Wray is set to see a consultant to further assess the injury, making it highly unlikely he'll be available for club duties in the immediate future.

McCall went on to say he expects to be without the player "for a fairly decent period of time.”

Do you think Saracens will win the Premiership title in their first season back? Let us know in the comments section.

It could be a considerable blow for Saracens as the 2022 Six Nations approaches, a time of year when the academy graduate has proved his value while England internationals are away.

Despite the blow against Saints, Wray appeared in good spirits on Monday evening as he supported Michael Smith in the PDC World Darts Championship final, tweeting: "Come on Bully Boy!"

He's since taken to social media to thanks supporters for their support after the full extent of his injury came to light.

"Thanks for all the messages guys, injuries are unfortunately part of the game we love," Wray posted. "Look forward to being back on the field with the boys!"

"I read about it and it sounds horrific," said Ferguson.

"We were aware something pretty serious was going on in the tunnel because I think it happened post-game in that he'd finished playing and there was a collapse or he felt rough once the game finished.

"First and foremost we wish him a speedy recovery because a fractured skull sounds horrific, but I only know what I've read online about that."

Wray made his senior debut for Sarries in October 2008, but it wasn't until after a short-term loan with Bedford Blues during the 2010/11 campaign that he made a real impact in the first team.

He's gone on to make more than 250 appearances for the Barnet-based club and played prominent roles in the European Champions Cup triumphs of 2016, 2017 and 2019.

Wray was also pivotal as the club earned Championship promotion last term, starting nine of his 10 appearances and scoring two tries along the way following their relegation from the Premiership.