Saracens down! Relegation looks certain for Premiership champions over salary cap scandal as they look increasingly unlikely to comply with £7m limit again this season

Saracens are facing the sensational prospect of automatic relegation from the Premiership at the end of the season after other clubs turned on them in light of the salary cap saga.

Sportsmail understands while the move to send them down regardless of their points tally in June is not finalised it is increasingly likely as they are failing to comply with the £7m salary limit again this season.

It is understood that two nasty options were presented to the disgraced league and European Champions at a Premiership Rugby (PRL) board meeting on Tuesday this week. 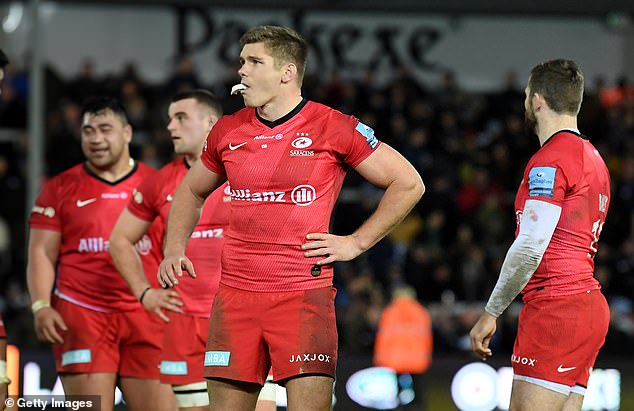 Sarries were seemingly told they either had to hand back their titles won in years they have been proven to have broken the cap, and let auditors fully investigate club finances, or face the drop to the Championship.

The suggestion last night was that the five-time domestic champions – who have already been docked 35 league points and fined £5.36m for cap breaches over the last three seasons – look set to accept the latter offer.

Unless Saracens can immediately prove they will comply with the cap this season they stand to be relegated.

Sources indicated to Sportsmail that a final decision would be taken with haste, and that Premiership bosses would gather for a board meeting on Friday to consider the latest incredible twist in this sorry tale. 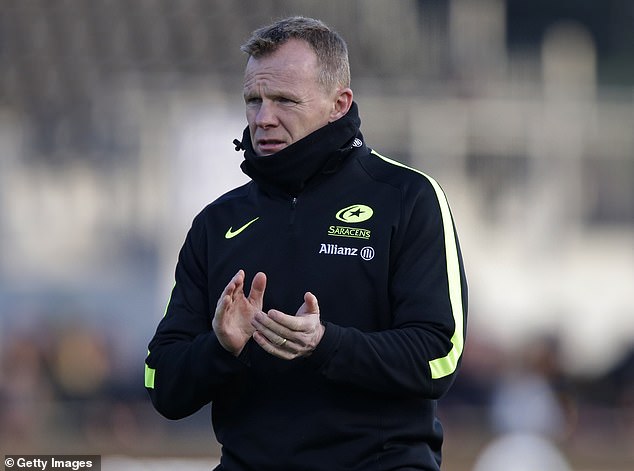 The news circulated on the day that retired chairman Nigel Wray cut all formal ties with Saracens and handed his shares to his children.

Wray’s decision is the latest development in the fallout of the salary cap breach that has rocked the sport.

In November Saracens were fined the largest amount of money in rugby history and were dropped to the bottom of the league table after a Sportsmail investigation prompted the inquest. 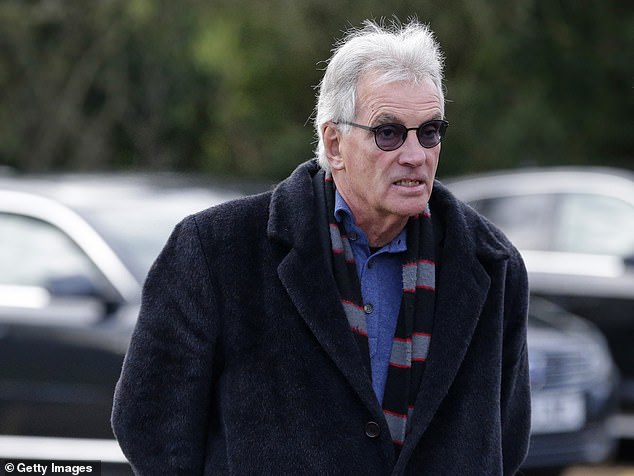 Having stepped down as chairman earlier this month, Companies House files announced on Thursday that Wray has resigned as a director of the club and its parent company Premier Team Holdings.

The multi-millionaire has been on the search for co-investment since 2018 and reportedly is willing to sell at least half of his ownership.

Despite taking a step back, Wray’s family remain heavily involved and will continue to bankroll the club.

Chief Executive Ed Griffiths told Sportsmail on Wray: ‘The Wray family have always been committed to Saracens and remain so.’ 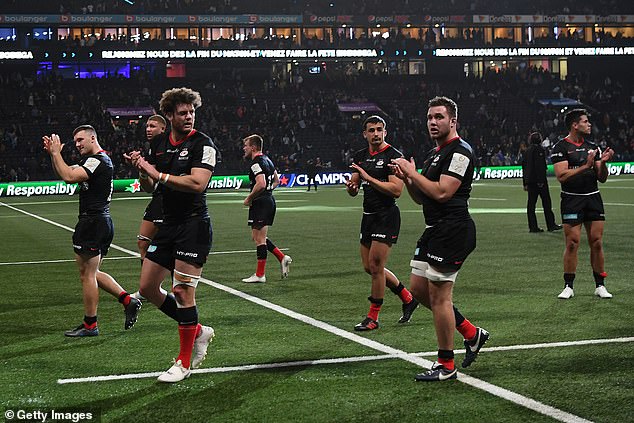 The latest Companies House files show that Wray’s ownership has been transferred to the Edna Wray Grandchildren’s Accumulation & Maintenance Trust.

Wray’s children, Lucy, who is on the Saracens board, and Joseph, are the two main beneficiaries of the trust.

Premiership Rugby last month announced a comprehensive review to the cap regulations – and new CEO Darren Childs suggested that harsher punishments in future could include relegation and stripping of titles.

Saracens are preparing to slash their wage bill in order to avoid another breach of the cap.

Lions star Liam Williams has already confirmed his exit, while England lock George Kruis is also exploring the option of a move abroad. 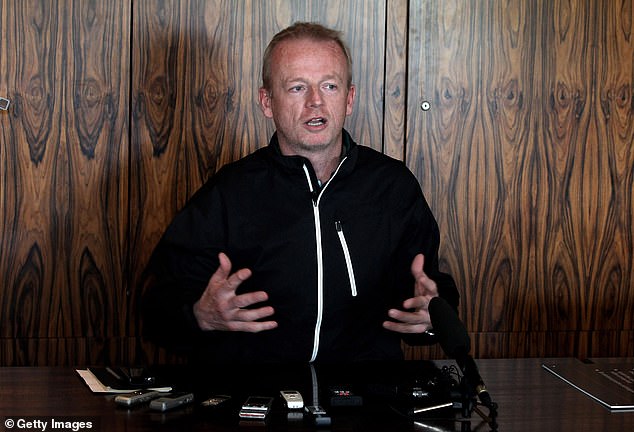 Flankers Calum Clark and Michael Rhodes could also be released as a matter of urgency, while prop Juan FIgallo could also be part of the exodus.

If Clark, Figallo and Rhodes make swift exits, Saracens could cut an estimated £800,000 from their wage bill in a bid to come down to the £7m ceiling.

Any compensation paid to players as and when they are released early from contracts must be included in this season’s salary cap.

Currently Saracens sit on minus seven points at the foot of the Premiership table, but were sure to overtake their rivals soon and stay up come the summer – but this fresh option could scupper that quest altogether.

Related posts:
January 16, 2020 Rugby Union Comments Off on Saracens 'on the brink of automatic relegation from the Premiership'
NFL News