Saracens’ lucrative sponsorship deal with Allianz Insurance has been terminated in the wake of their salary cap breach and relegation from the Premiership.

As first revealed by Sportsmail earlier this month, the Premiership Rugby side were braced for multi-million pound losses after the salary cap scandal and Allianz confirmed on Thursday they would be ending their nine-year association with the club.

An Allianz statement said: ‘Allianz has taken the difficult decision to end its sponsorship of Saracens Rugby Club and stadium at the end of this season. 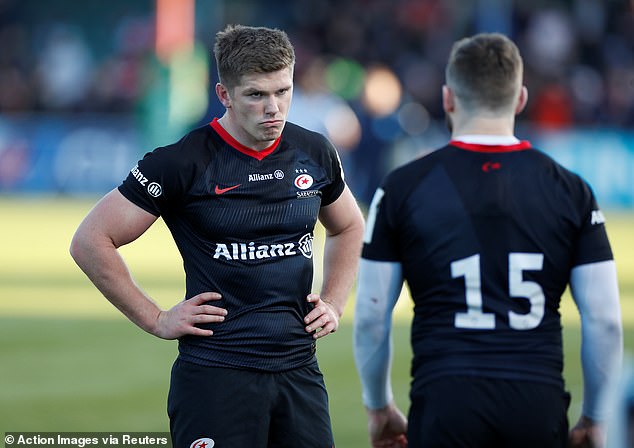 ‘Allianz intends to continue to be involved in the great work that the Saracens Sports Foundation does in their local community and wishes Saracens well in the future.’

Saracens, who have won the Premiership in five of the last nine seasons, said: ‘The club can confirm that it has agreed to end its lead partnership with Allianz at the end of the 2019/20 season.

‘The partnership was successful since its inception back in 2012, encompassing naming rights for Allianz Park stadium and the club’s playing shirts, as well as Principal Partner of the Saracens Sports Foundation.’

The German insurance group has been Sarries’ chief sponsor since 2012 and it’s current contract was not due to expire until 2021. 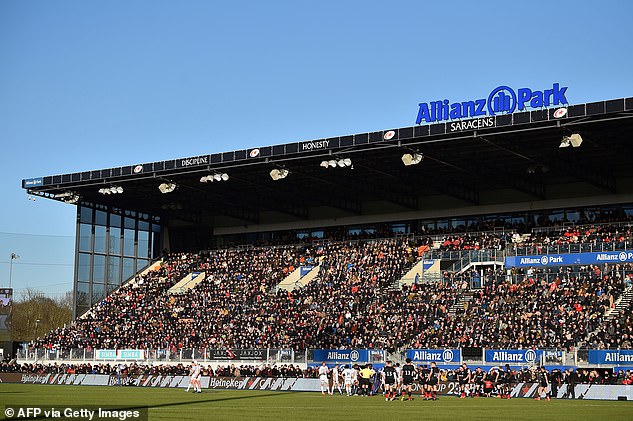 However, a decision has been taken by Allianz to cut ties with the club following their relegation from the top-flight.

Allianz currently pay Saracens more than £2million a year in a deal that covers naming rights to the ground and shirt sponsorship. Saracens’ stadium has been known as Allianz Park since it opened in 2013.

Allianz’s sponsorship of the north London outfit is by far the most lucrative deal in the Premiership. The next best shirt sponsorship packages bring Premiership clubs around £600,000, with some worth as little as £150,000.

Saracens’ season has gone from bad to worse since a Sportsmail investigation prompted a review into their salary cap compliance for the past three seasons.

After ‘reckless’ breaches were discovered they were first docked 35 league points and fined the largest amount in rugby history, £5.36m, but that was later upped to 70 points when it was clear they would break the £7m cap again this season.

As a result the current Premiership Rugby and Heineken Champions Cup champions will play in the Championship next term. 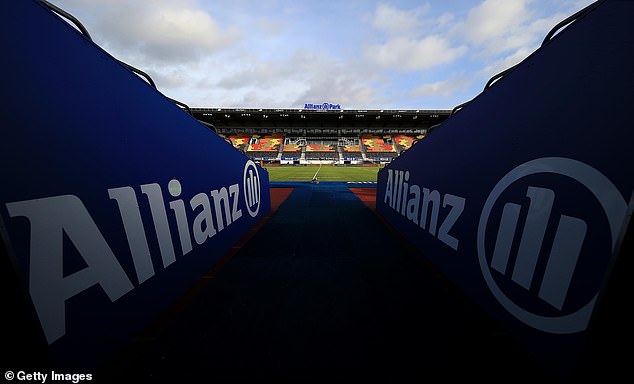